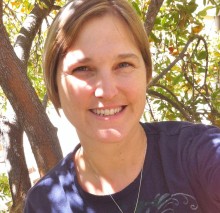 Where does your Styrofoam cup go after you toss it in a trashcan during your picnic at the park? It might end up in the ocean, as Christa Choi ’90 discovered when she recently took part in a six-week expedition with Sea Education Association (SEA). “I go out to sea and I find pieces of that Styrofoam cup floating a thousand miles from shore. It made me conscious of the effect that we have on places on the earth that are really far away.” SEA’s North Pacific Expedition counted 69,566 pieces of plastic over 2,597 nautical miles. Choi joined the crew of scientists as a writer and education outreach assistant, but the everyday tasks of operating the ship, including netting and documenting findings, was distributed evenly among those on board. Choi often unfolded nets that contained as much sea life as plastic.

Some of us may have heard of the terrifying Great Pacific Garbage Patch, an area of the ocean that has been clogged with highly concentrated man-made debris. What we might not realize is that cleaning it up isn’t as simple as we first thought. “It’s like a snow globe. It would be like pouring a bunch of the plastic from a snow globe into your fish tank and then using nets to get it out. You can’t separate those little particles of plastic from the life that’s in the ocean” That’s why, she says, the education outreach part of her job is so important, “as these kids grow up they’re going to be the ones that take what we find and do something with it.” You may be wondering what can we do about plastic in the ocean now. After six weeks at sea Choi had a clear and urgent message, “The main thing is that we have to stop sending it there.”