This year, the Board of Trustees of Mount Holyoke College extended their gratitude to the following faculty members for their service, wishing them a happy and fulfilling retirement. Here a few of the highlights from the citations presented to them in May: 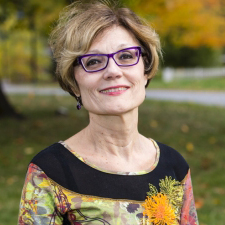 Catherine Bloom (French): “Catherine enriched our students’ language experience by establishing a webcast exchange with the University of Toulouse; Contrastes, the excellent textbook Catherine co-authored with Denise Rochat, has been an invaluable resource for our advanced intermediate course; and Catherine co-organized, with Carolyn Shread, an Acting for French workshop that inspired one student to say, ‘I came into MHC knowing I wanted to continue with French and to study abroad, but now I believe it with my chest. I love everything about the French language and culture and need to experience more of it.’” 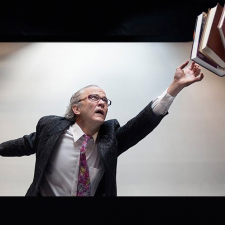 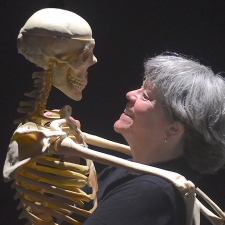 James Coleman and Terese Freedman (Dance): “Jim and T have shown a love of dance and making in their students as intensely as they have planted their yards (almost); Jim and T have been among the most sought-out thesis advisors by the graduate students in the Smith College and Five College MFA Program in Dance, and thus have brought their brilliance, imagination and dedication to dozens of graduate theses, and [they] model for those students what it means to approach performance as research and what an engaged and meaningful career as a dance professor is; and T and Jim literally moved audiences to tears with their obvious commitment to each other and [to] their dance.” 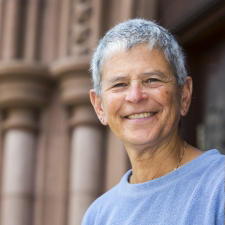 Jeanne Friedman (Physical Education and Athletics): “Jeanne worked tirelessly to secure a ‘home of our own’ for the crew team from the first day she stepped foot on campus. When the current piece of land where the boathouse stands became available, Jeanne stood strong. She encouraged the College to do the permitting work to allow it to build on the water. And of course, she was right. The College could have built the boathouse two years earlier if it had moved it back a couple hundred feet from the river, but Jeanne was looking for what was best for the program long-term; Jeanne’s gift was working closely with alumnae from the program and connecting them to her current team; and Jeanne mentored many students and young novice coaches over the years who continue to coach at the high school, club and collegiate level today.” 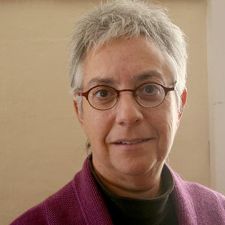 Gail A. Hornstein (Psychology and Education): “Gail’s tireless work on behalf of people experiencing psychological distress has been nothing short of heroic, including advocating for the importance of first-person narratives in understanding people’s lived experiences and reminding multiple generations of mental health workers of the fundamental humanity of those designated by some as ‘mentally ill’; Gail pioneered and is unquestionably the major American scholar who saw the possibilities of the British self-help movement among psychiatric patients and worked (and continues to work) in collaboration with her colleagues at the peer-run Western Massachusetts Recovery Learning Community to introduce the Hearing Voices Network across the U.S. as co-director of a project funded by the Foundation for Excellence in Mental Health Care; and Gail’s advocacy for the critical role of women’s studies at Mount Holyoke led her to direct the Project on Gender and Science, funded by the Henry R. Luce Foundation, and to become the founding director of the Five College Women’s Studies Research Center.” 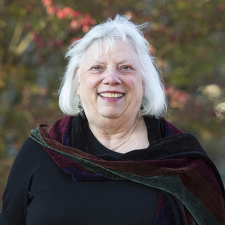 Linda Laderach (Music): “Linda not only survived the ferociously competitive jungle known as the Indiana University School of Music but vanquished all foes within its walls to win its concerto competition performing Samuel Barber’s ‘Violin Concerto’; Linda numbered among the first five individuals to – literally – break the ground for the renovation and expansion of Pratt Hall in 1999. Having in her car a hard hat enabling her to check up on the daily progress of the building, she made sure that all was up to her – very high – standards; and Linda, along with Sue Barry and later Mara Breen, initiated and co-taught the groundbreaking Art, Music and the Brain course, which cross-lists between the music and psychology departments.” 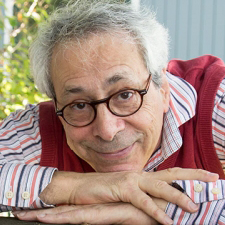 Andrew Lass (Anthropology): “Andy taught at Mount Holyoke for 37 years and is the longest-serving anthropology professor in the history of the College; Andy heroically stepped up to lead a project automating dozens of research libraries in Central and Eastern Europe after the break-up of the Soviet Union; and Andy introduced generations of Mount Holyoke students to the social scientific and humanistic complexities and contributions of anthropological theory.” 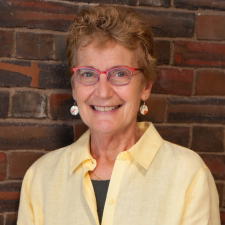 Sandra M. Lawrence (Psychology and Education): “Sandy, both an advocate for qualitative research and astute critic of that approach whenever rigorous methodological principles are not followed carefully, has, herself, demonstrated the important insights that can be gained by qualitative research in psychology and education; those qualitative insights uncovered by Sandy’s research have reached broadly across disciplines and include the structure and impact of peer-response writing groups, multicultural education, anti-racist education and professional development, white privilege and, more recently, digital play in the pre-school classroom, a controversial and critical aspect of children’s development in today’s world; and Sandy’s students comment extensively about how they appreciate her teaching and advising, in particular Sandy’s willingness to spend long hours commenting on their papers and meeting with them to discuss their work in great detail.” 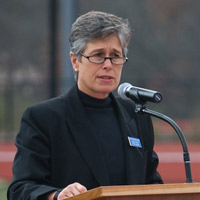 Laurie Priest (Physical Education and Athletics): “Laurie shepherded the creation of new and the renovation of existing facilities to set Mount Holyoke apart from her Seven Sisters peers. [During her tenure] Sports Illustrated for Women named Mount Holyoke the nation’s top women’s college athletics program in 2000; Laurie has always been a champion for student-athletes, serving on multiple NCAA and conference committees and professional association working groups. She is a fierce advocate for the LGBTQ population, working with Pat Griffin and the Women’s Sports Foundation to nationally launch the curriculum ‘It Takes a Team! Making Sports Safe for Lesbian, Gay, Bisexual and Transgender Athletes and Coaches.’ Laurie also was invited by the NCAA to participate in the creation of its first inclusion policy for transgender student-athletes; and Laurie was named one of the 100 Most Influential Sports Educators in America by the Institute for International Sport. Her mentees and students have served across all NCAA Divisions as directors of athletics, senior associates and head coaches and participated on professional association boards and executive committees that continue to advocate for sport and gender equity.” 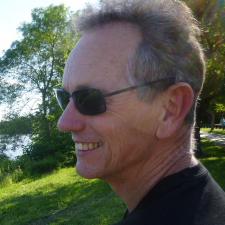 Joseph Smith (Art Studio): “Joe is a renowned sculptor whose work has been shown in more than 40 individual and group exhibitions, in cities such as New York, Los Angeles, Chicago and Siena, Italy, spanning a career of nearly 40 years; Joe’s underlying philosophy of teaching was based on Duchamp’s notion that ‘there is no solution, because there is no problem’; and Joe for many years installed examples of student sculpture in the atria of Williston Library and Kendade Hall that lit up both spaces with inventiveness and wit.”