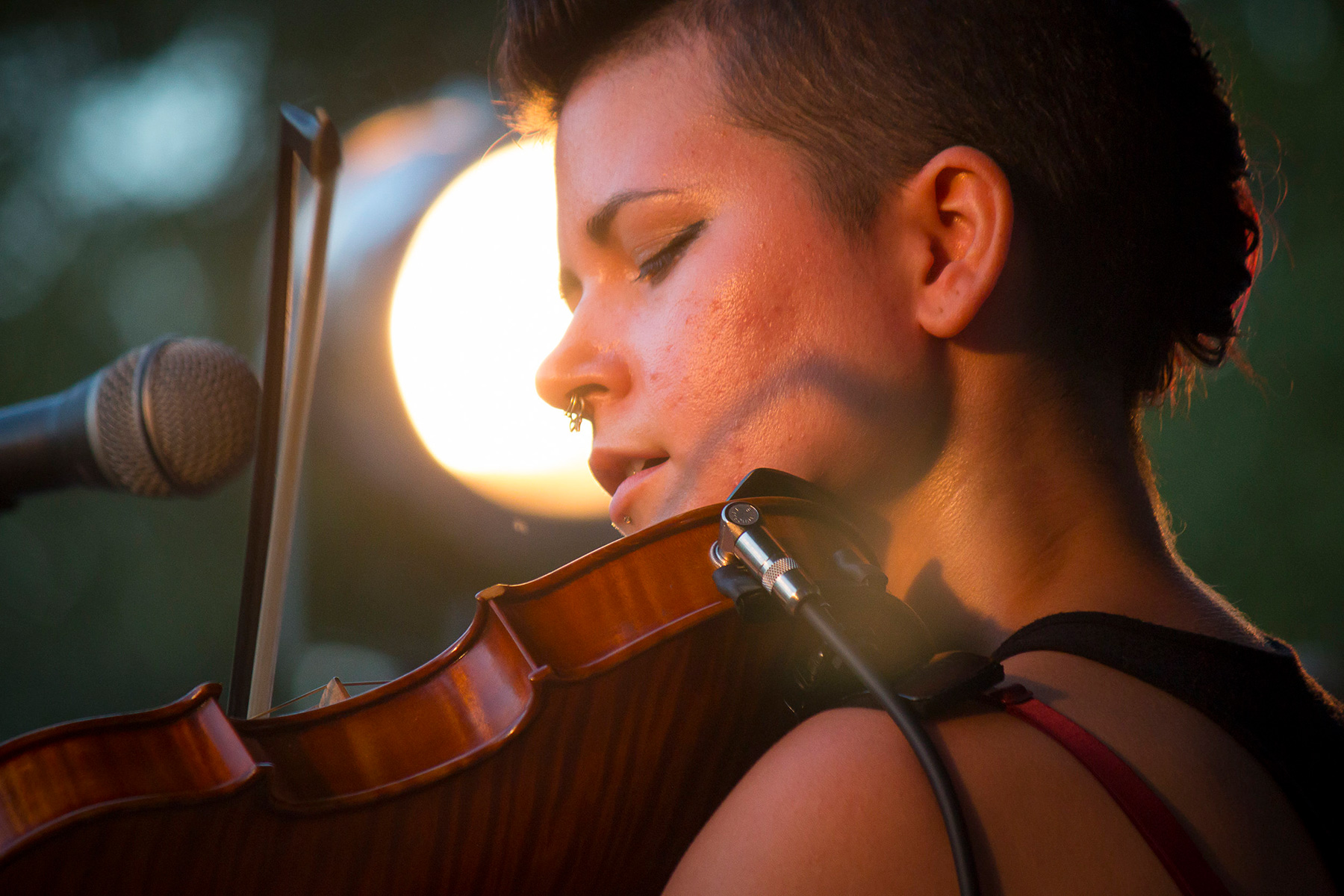 Fierce as a Fiddle

When you hear Zoë Darrow ’12 play Celtic fiddle, you won’t be surprised to learn that she first picked up a violin when she was only three years old.

“I grew up from birth seeing my older sister practicing violin,” she says. “I was primed for that instrument already.”

Darrow’s parents initially signed her up for lessons, but at six years old she discovered the music she still plays to this day. After seeing the Chaisson Family from Bear River,  Prince Edward Island, perform traditional Celtic music, she switched to the fiddle.

“Classical felt like it was more for adults,” Darrow says about playing the violin. “I liked the idea that there could be kids up there enjoying themselves.” (The fiddle and the violin are the same instrument — the distinction comes from the type of music that’s played on it.) Traditional PEI music shares many roots with Cape Breton music, which is Scottish-influenced and includes bagpipes, Gaelic songs and Scottish-inflected dances. Darrow’s curiosity was piqued, and at the age of 12, she sought out workshops in Canada and Ireland, with her parents’ support. (They simply turned these trips into music-themed family vacations.) Her dad, Phil, even learned Celtic guitar so he could play with Darrow.

“That opened up a lot of activities that I wouldn’t normally have wanted to go to on my own, because I was so young,” says Darrow. 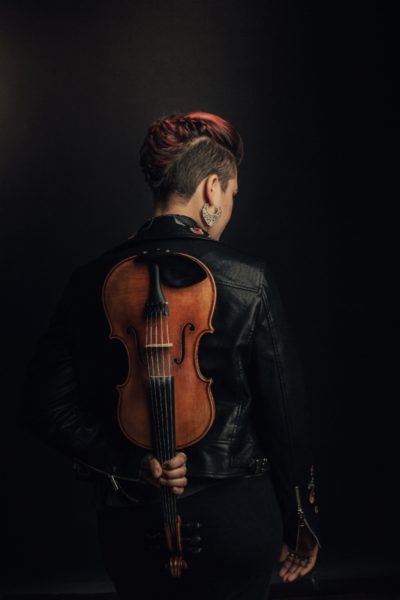 At Mount Holyoke, Darrow studied ethnomusicology. She took world music with Five College Professor of Music Olabode Omojola (otherwise known as Bode), played a bowed stringed instrument called the rebab in Smith College’s Gamelan Ensemble, and signed up for cello lessons. The classes that stuck with her the most, though, were the anthropology courses she took with Professor Andrew Lass.

“One of the books we read, ‘Sound and Sentiment: Birds, Weeping, Poetics, and Song in Kaluli Expression,’ was about the culture in Papua New Guinea, where the people had this idea of the bird songs as a language,” says Darrow. In Western music theory, there’s a hard line between music and language, but the Kaluli people regard bird song as both music and language.

Darrow and her sister were home-schooled, and music lessons were part of their curriculum. But the formal education she got at Mount Holyoke stretched her in new ways.

“You can enrich yourself only so much if you’re leading your own learning,” she says. “The professors I had at Mount Holyoke had excellent resources — and they pushed me in directions that I wouldn’t have gone on my own.”

Cape Breton music has a particular allure for Darrow. The area was populated by Scottish immigrants who were kicked out of Scotland during the Highland Clearances of the 18th and 19th centuries.

“Cape Breton music is distinct from Scottish music. It has a different flavor. It’s very crisp,” Darrow says. What interests her is the music’s ferocity.

“Some of my favorite players — like Natalie MacMaster — they have this really intense attack and fieriness to them that I just love.” 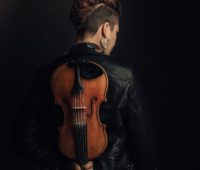 Today, Darrow lives in Montague, Massachusetts, where she teaches fiddle lessons. Her Celtic band, the Fiddleheads, has played all across western Massachusetts. She has toured with banjo player Tony Trischka (including a private performance at actor Steve Martin’s apartment) and has played with musicians Tim Eriksen and Peter Irvine in their folk-punk rock band Cordelia’s Dad as well as with their latest project, Trio de Pumpkintown.

Lately, she and her father have been performing together at private gigs. Darrow also plays with Celtic rock band Dicey Riley at pubs and music halls in Massachusetts and Connecticut. The band just recorded a CD at musician Alan Evans’ Iron Wax Studios. It has been a decade since Darrow has recorded a CD of her own music, but she hopes to find the time to do that soon.

“I feel so lucky that I get to do music — that I’ve found a way to make it work this far,” Darrow says.

Are you an artist?
Email your submission to us at quarterly@mtholyoke.edu.