Mount Holyoke alumna shares a passion for the stage 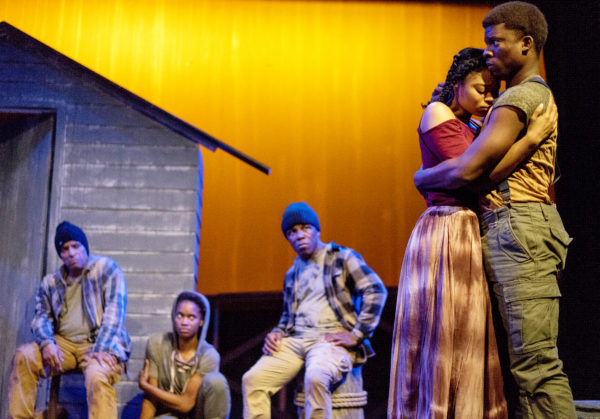 Tiffany Tang ’97 was dramaturge for a recent play by Suzan-Lori Parks ’85; Photo by Daren Scott

Rewind to Tiffany Tang’s ’97 junior year at Mount Holyoke, and she likely would have declared she was done with theater. Despite it being a lifelong love, she wanted a reliable career first and would figure out a way to pursue her creative interests on the side. Yet just a year later, as a senior, a performance in Rooke Theatre would establish the course of her professional life, which most recently has meant the opportunity to support productions of work by two of Mount Holyoke’s leading alumnae playwrights. 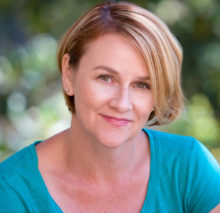 As a college student, Tang’s intention to drop theater from her future plans was like trying to reroute her destiny. Theater, after all, was coursing through her veins. Growing up with a stage-director mother and performing since age five, theater was Tang’s life. Despite this, she had decided she was ready to let it go until just months before her Mount Holyoke graduation, when she joined a production at the College of Joyce Carol Oates’ “I Stand Before You Naked,” a collection of monologues by “women on the edge of madness and vulnerability.”

Six nights a week, she and others endured a grueling, physically challenging rehearsal schedule that reignited her passion for performing. The cast prepared by using the Suzuki Method, a rigorous form of physical theater training developed by Tadashi Suzuki. For Tang, that meant following up a full day of classes with preparatory hours-long workouts of push-ups and sit-ups.

“It was so intense, and it changed me. I loved it,” she says. Tang was hooked.

“On a whim,” she says, she sent an application to the prestigious Actors Studio Drama School in New York City. She was accepted and was soon off to make it in the big city.

After drama school, she lived the quintessential New York actor’s life. She worked at Morgan Stanley and spent her lunch breaks at auditions. She would “sing 16 bars from ‘Oklahoma’” and then quickly run back to her shiny skyscraper office. Every free moment, she was back on the stage.

Tang eventually moved home to San Diego, and after many years in a variety of roles — both offstage and on — her life-altering Mount Holyoke theater connections came full circle. This year, Intrepid Theatre Company — where Tang has worked since 2010, first as an actor and since 2012 as associate director —staged Pulitzer Prize-winning playwright Suzan-Lori Parks’ ’85 new play, “Father Comes Home from the Wars (Parts 1, 2 & 3).”

Last year, the play — which takes place during the time of the American Civil War — debuted to packed houses. Tang watched from the wings nearly a dozen times. “It was amazing,” she says. “I couldn’t get enough of Parks’ language. It’s like Shakespeare. As a fellow alum, I felt proud of it.”

Then, just last spring, another San Diego company, Diversionary Theatre, hired Tang to be dramaturge for a fall production of “Bull in a China Shop.”

“I thought I could offer insights about what Mount Holyoke was at its inception and what it is now,” she says. The play, by Bryna Turner ’12, is centered on the relationship between past Mount Holyoke President Mary Woolley and her partner, College math professor Jeannette Marks. 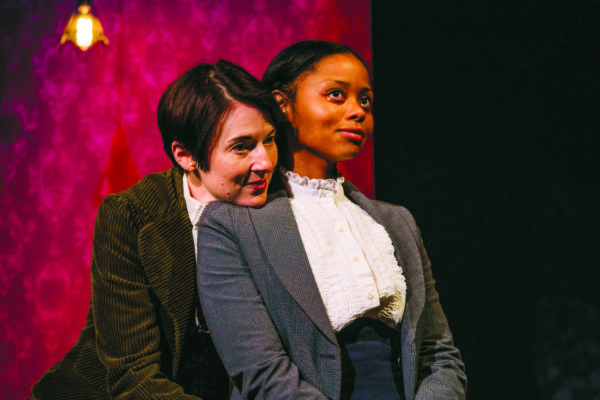 Tang offered her Mount Holyoke expertise
to actors performing in “Bull in a China
Shop” by Bryna Turner ’12; Photo by Daren Scott

As Tang worked with the cast to educate them about Mount Holyoke, she brought her alma mater — and its history — clear across the country. Some of the actors thought of Mount Holyoke as a finishing school, so Tang included in her work with them the history of student activists in the women’s suffrage movement of the 1920s — during Woolley’s presidency — and photos of students doing calisthenics. The play opened in September.

Tang is still associate director of Intrepid Theatre Company, and she is also focusing on her own writing. In the fall she traveled to Paris for a seemingly odd source of inspiration: an astrophysics conference. She’s been interested in the subject since she took her first astronomy class at Mount Holyoke and hopes to bring the subject into her next writing project.

But no matter the other artistic pulls Tang feels, she knows that the stage will always be a part of her path. “I love the brevity of theater,” she says. “It’s a one-moment- in-time experience that resonates so deeply and affects so many people, yet it can never be repeated again. It reminds us to hold tight to our experiences and to be present as they unfold.”

This article appeared as “A Passion for the Stage” in the fall 2018 issue of the Alumnae Quarterly.