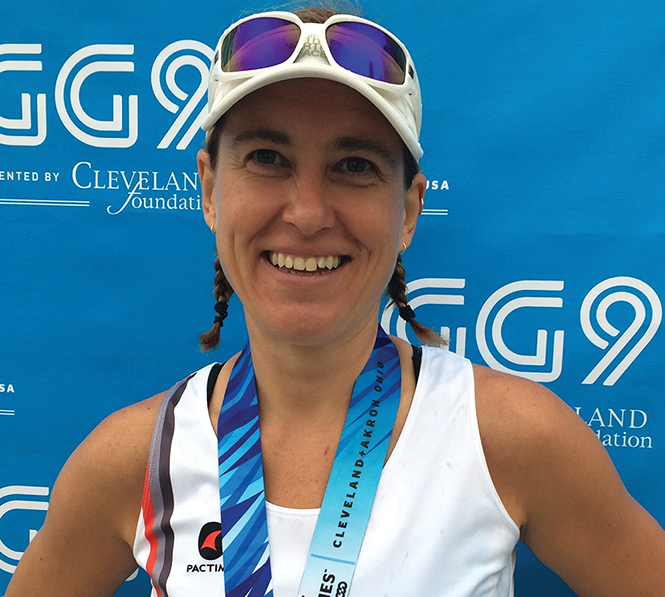 This past August, Kristen Elechko ’97 won the overall women’s gold medal for the sprint triathlon, silver for her age group in the ten-kilometer road running race, and gold for her age group in the cycling individual time trial at the Gay Games in Cleveland, Ohio. Open to all adults regardless of sexual orientation, the Gay Games is held every four years and is one of the most inclusive sports and cultural festivals in the world.

Having only started competing in triathlons a year ago, Elechko’s success at the Gay Games was all the more impressive. “To be able to walk away with the overall gold medal . . . is one of the greatest accomplishments of my life,” says Elechko. “It feels like such an honor to represent the LGBTQ community and the United States at an international event.”

One month before the races, Elechko joined TEAM.Water.org, a nationwide community of endurance athletes whose passion for sport is matched by a strong commitment to providing safe drinking water to people in developing countries. Through her participation in the Gay Games, Elechko raised awareness and money for the organization.