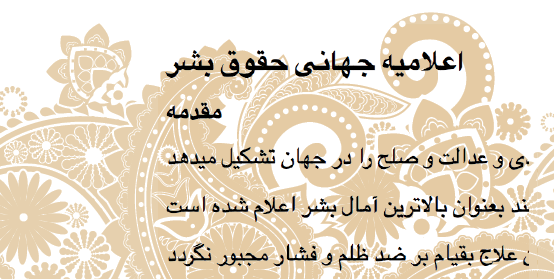 “How wacky is this? A seventy-four-year-old wanting to study Farsi in Iran?” asks Constance Dilley ’62.

Dilley has been interested in Iran for many years, having first visited in 1993. “The people I met, the discussions we had, the peculiar state of Iran with its highly educated and seemingly secular population contrasted to the devout government . . . was just fascinating,” she says. In 2009 she visited Iran again, and upon her return home decided to take her interest in the country and the culture to the next level.

“Given that I was retired and had time, I decided to try to learn Farsi, as much to make my brain work as anything else,” she says.

Dilley found a teacher near her hometown of Toronto and learned some basic Farsi, then she went back to Tehran for two months to teach English to a family of four. While the experience was rewarding, the family turned out to speak Kurdish, so unfortunately Dilley wasn’t able to expand on her own language learning. Hungry for more, when back at her home in Canada, she audited two Farsi classes at local universities and immersed herself in the Iranian community there, joining an Iranian film club and Iranian women’s literary club.

“I have regular dates with individuals to speak and listen, which are the hardest skills,” she says, “since spoken Farsi has little to do with the written Farsi you learn at the university.”

After applying to the University of Tehran for three years, Dilley was finally accepted last spring. Soon after that she received an email from the Mount Holyoke Alumnae Association promoting fellowships. “It seemed like a sign,” she says. She filled out the application and continued with her plans to attend the university. Over the summer Dilley learned that the Alumnae Association had awarded her a 1905 Fellowship to support an intensive six-week Farsi language course she started this fall at the International Center for Persian Studies, a part of the University of Tehran. “The fellowship covers the expenses of travel, tuition, and room and board. As a retired, fixed-income grad, it’s a great help not to have to dip into my savings in order to undertake this course,” she says.

Once Dilley has finished her program, she looks forward to being  more involved in the Persian community in Toronto, possibly partnering with an Iranian friend to provide a service for elderly visitors from Iran, to “give the visitors a better sense of Toronto and Canada and to help them fill the time until their children get home,” she says.

Alumnae fellowships provide opportunities for graduates to continue to pursue knowledge along both traditional and non-traditional paths. Endowed by generous alumnae, fellowships are available each year to fund projects, research, and advanced degrees. Past alumnae initiatives have focused on topics as far ranging as dance therapy, Buddhist nuns, Huntington’s disease, and green lacewings.

Nine fellowships are available with varying requirements and eligibility. See more information and details on applying.