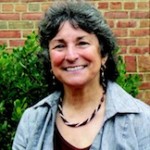 In the 1970s, parents of children with special needs found less societal support than they would come to receive. But when Laraine Masters Glidden ’64 started researching these families in the early 1980s, her discoveries made her optimistic.

“Parents and families are remarkably resilient; crises occur, but most people are able to cope well with those crises and over time they live lives that are stable and psychologically healthy,” she said.

Laraine is the director of Project Parenting, a federally funded study at St. Mary’s College of Maryland. The project started in 1987 and tracks the ways in which different families raise children with special needs.

Until her landmark study, most of the published research painted a pathological picture of these families. Laraine suspected early on that those studies were missing something key.

“One problem was that they looked at families at the initial diagnosis, which is a time of crisis, and didn’t follow them through time, to see how they adapted to the actual rearing of a child with disabilities,” said Laraine. “And secondly, comparisons were always with families with typically developing children, children without disabilities. And I thought, that’s a very different experience, but not necessarily a worse experience.”

Laraine remedied that problem by focusing on comparisons between adoptive and birth parents of children with special needs. Initially, she predicted that adoptive parents would fare better than birth parents, because they would be more prepared and were choosing this life experience. She was shocked to find out that there was hardly any difference in the groups’ long-term outcomes.

“The overwhelming result is that these birth parents, both mothers and fathers, look mentally healthy, and as satisfied with their lives as the adoptive parents who made the choice to rear children with disabilities,” she said.

According to Laraine, MHC helped her develop the skills she used to conduct the study. “We were encouraged to explore broadly in the liberal arts, and that kind of training—or at least enthusiasm about exploration—has served me well throughout my career.”—Marianna Nash ’11