Trouble in Your Tank?: Ethanol Fuels More Problems Than It Solves

“What I find most puzzling is how little we, as a nation, seem to care about finding alternative solutions to the fuel mess.” 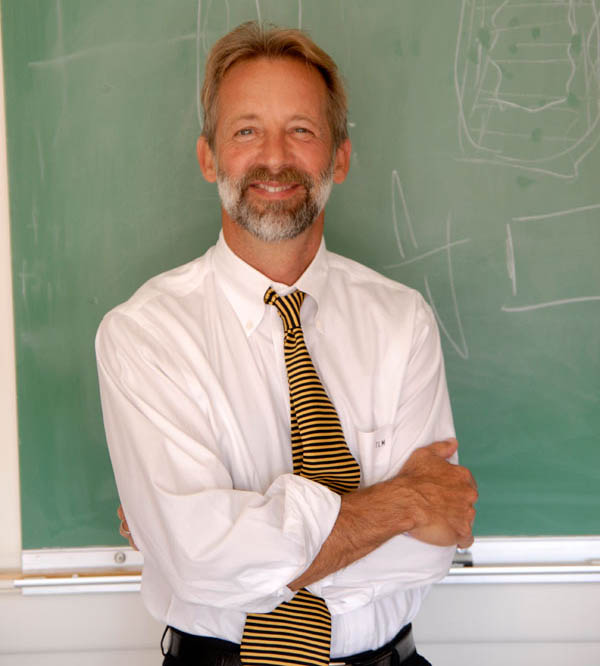 As summer hit the beautiful Mount holyoke campus, world energy and food markets were in a state of unprecedented turmoil. Lest you think I exaggerate, here are some sobering numbers. In 2003 the benchmark price of a barrel of crude was $34.79 (in 2007 us dollars). In 2006 the same barrel sold for $67.32. By mid-June the price hit $147 per barrel.* If I didn’t know better, I would think the time is ripe (sorry, I couldn’t resist) for biofuels.

Food prices have mirrored the rapid price increases in oil. Corn on the US commodities market sold for $2 a bushel from 2002 to 2006. In 2007 the price doubled. In mid-June the price shot past $6 a bushel. Over the last year, with an inflation rate below 4 percent, the price of eggs went up 35 percent, white bread went up 16 percent, and chicken went up 10 percent. Could these phenomena be related? It appears that the centerpiece of the US alternative energy policy, ethanol, has linked the global energy and food markets in a manner not seen before.

If you look at the menu of alternative energy, and in particular biofuel options, it would be useful to ponder why corn-based ethanol? How did ethanol become the highest-profile bullet in the US arsenal for reduced reliance on foreign oil, and for global-warming mitigation? Since fermentation of sugar into alcohol is one of the oldest chemical reactions mastered by humans, perhaps we are just comfortable with it. That the same basic process produces Clos saint-denis wine certainly gives me comfort. However, there is more going on here than my fantasy circling the Cote d’ or. There is a fantasy here, but this one is circling Capitol hill.

In all fairness, there are some compelling reasons to look at corn ethanol as a substitute for foreign oil. First, we’ve mastered the chemical process and packaged it into politician-friendly sound bites. Second, we have a superb infrastructure for producing corn with unmatched yields. Third, there is a well-cultivated notion that corn ethanol will reduce greenhouse gas emissions. Lest I forget, there is a fifty-one cents per gallon tax break for ethanol producers and federal subsidies to farmers who grow corn. Throw in the recent Congressional mandates to increase us ethanol production by 40 percent next year and 600 percent by 2022, and there appears to be a bright future in ethanol.

* P.S. It’s amazing what a couple of months will do to the price of oil. Since reaching a record of $147 a barrel in June, the price of light sweet crude retreated to $68 in late October. Although it’s hard not to take a bit of comfort in falling oil prices, what we are seeing is some short-term volatility due to dampening demand, not a trend. In July, I had dinner with some energy industry executives and they unanimously believed that crude prices would likely fall in the short-term due to high prices, but that the long-term trend was for prices to continue to rise due to increasing global demand. I think time will prove them correct. One of the unfortunate consequences of falling oil prices is the accompanying investment paralysis for alternative liquid fuels. –T.M.

So if you’re not an ethanol producer or a farmer, what’s the problem? To those of us who measure and count things, it looks like we are trading one problem for two. We clearly have supply and refining limitations (real or contrived) that are resulting in record prices for liquid fuels. If we continue to cultivate corn-based ethanol as the only solution, we will have two problems: record high prices for fuels and for food.

Corn-based ethanol will never be an economically or ecologically viable substitute for gasoline, and continuing to develop this industry beyond a sustainable threshold will only drive global food prices to the same levels as oil.

If you can manage to bypass the mountain of compost on this topic shoveled around the blogosphere and on infotainment programs, the basic facts are fairly digestible. Let me share a few unvarnished facts and popular myths.

Fact: The production of corn-based ethanol is energy intensive. Considering tractors, combines, hydrocarbon-based fertilizers, fermentation, and ethanol’s lower energy density (56 percent lower than gasoline’s), the process consumes a great deal of fuel. The best calculation I can find comes from a group at Cornell, which estimates that it takes 1.29 gallons of gasoline to produce enough ethanol to replace a gallon of gasoline at the pump. It seems that producing corn-based ethanol is actually making us more dependent on foreign oil.

Fact: There is no nationwide distribution infrastructure for ethanol and no prospect for one anytime soon. Moving large quantities of ethanol the way we do gasoline is not possible for a variety of reasons. The most important reason is that it cannot be moved by pipeline from production facilities to markets, since ethanol absorbs water and impurities that are always present in these conveyances.

Fact: This year, 25 percent of all the corn produced in the United States will go to ethanol production, which will surpass the amount we export. All indications are that this percentage will continue to grow as the ethanol subsidy drives the development of more production facilities, further tightening grain supplies to the food market. For example, the rapid rise in corn prices (more than 300 percent since 2006) has resulted in farmers allocating more tillage to corn, reducing the supply of other grains and food commodities, causing their prices to rise also.

Now for a few popular myths:

Myth: The tightening corn supply is little more than a short-term productivity issue. Rising prices will generate investment and innovation that will raise productivity levels. This popular myth is generally spun: “When my grandfather worked this farm he got forty bushels of corn per acre. Last year I was getting 160 bushels, and someday we’ll get 300 bushels per acre.” Unfortunately, this well-worn tonic conveniently omits the fact that past productivity increases have been driven by having cheap oil as fuel for chemical fertilizers, pesticides, processing, and virtually every aspect of mechanized agriculture.

Myth: Weather is always the largest driver of grain supply and prices. The rapid price increases we currently see in grains are more a function of large-scale weather disruptions than of ethanol production. Well, historically this has been true, and to some extent weather will always be an important f
actor in grain prices. However, expanding ethanol production is one more tug on grain supply added to a collection of global factors, including large-scale crop-land conversion for urban, industrial, and commercial uses; and crop-land degradation due to rising salinity and dropping fertility.

Myth: Corn-based ethanol is a “green” fuel that will reduce global warming. In theory it could be, but not the way we do it now. As long as it takes 1.29 gallons of gasoline to produce ethanol with the energy equivalence of a gallon of gasoline, it’s hard to see this happening.

Cellulosic production of ethanol from forest and agricultural residues may move us closer to this objective, but breaking down cellulose into sugars is presently mired in technical challenges.

So where does this leave us? Clearly we have an economy and lifestyle that are at significant risk due to global demand for, supply of, and prices for liquid fuels. Globally, a food crisis is brewing, driven in part by the recent linkage of the food and energy markets. Although ethanol production at a glance seems attractive, when you look at the details, it doesn’t work. High fuel prices will probably do more good than harm in the short run by reducing demand. On the other hand, rising food prices create catastrophic misery and starvation. Unfortunately, the most vulnerable will bear the burden of this recent linkage of the food and energy markets.

Clearly, we have a national liquid-fuel problem. Unfortunately, our national ethanol policy is unlikely to solve it, and may create equally challenging problems for the food supply. What I find most puzzling is how little we, as a nation, seem to care about finding alternative solutions to the fuel mess we’ve seen coming down the pike since M. King Hubbert first published his theory of peak oil production in 1956.

Thomas Millette is MHC associate professor of geography. This article appeared in the fall 2008 issue of the Alumnae Quarterly.

This Web-exclusive content is offered in connection with the fall 2008 Mount Holyoke Alumnae Quarterly magazine article “Trouble in Your Tank?: Ethanol Fuels More Problems Than It Solves” by Thomas Millette, MHC associate professor of geography. He selected these sites.

NREL is working to develop cost effective, environmentally friendly biomass conversion technologies to reduce our nation’s dependence on foreign oil, improve our air quality, and support rural economies. (Biomass is plant matter such as trees, grasses, agricultural crops or other biological material. It can be used as a solid fuel, or converted into liquid or gaseous forms, for the production of electric power, heat, chemicals, or fuels.)

• The US Department of Energy’s Alternative Fuels and Advanced Vehicles Data Center provides a wide range of information and resources to enable the use of alternative fuels, in addition to other petroleum-reduction options such as advanced vehicles, fuel blends, idle reduction, and fuel economy.

• Cornell University’s College of Agriculture and Life Sciences Bioenergy Feedstock Project site describes research on production of bioenergy feedstocks that was initiated in response to the need for information on planting and managing warm season perennial grasses and other crops for the emerging agricultural energy industry in New York State. An overarching goal of the project is to increase production of perennial grasses and legumes for use as bioenergy feedstock to support this alternative energy industry.