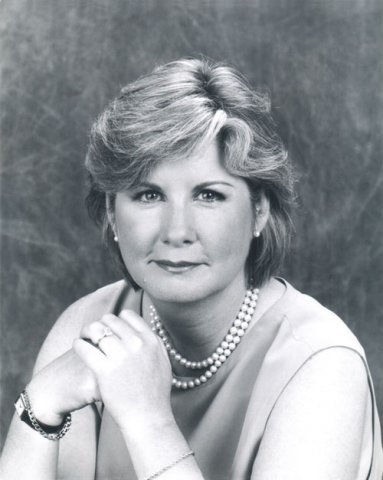 In today’s competitive market for top-notch students, faculty, and donors, colleges are eager to bring to their boards trustees who demonstrate leadership, strategic communications skills, and personal integrity. Ellen Hyde Pace ’81 (left) is primed and ready for the challenge.

Nominated this summer as alumnae trustee of Mount Holyoke by the Nomination of Alumnae Trustees/Awards Committee of the Alumnae Association, Pace is expected to be elected to the five-year term during the association’s annual meeting in May 2009.

A resident of New York City, Pace is currently managing director of the marketing communications powerhouse Young & Rubicam. She previously worked at J. Walter Thompson and DMB&B, and has for the past twenty-five years helped to deliver and manage integrated marketing strategies for global clients such as Colgate Palmolive, Procter & Gamble, and Kentucky Fried Chicken.

Successfully managing diverse teams to help build the businesses of leading global corporations has been a highlight of Pace’s career. “Ellen knows when to lead, when to listen, but most important, how to motivate a team of leaders to agree to decisions and action,” said one colleague.

Her multifaceted volunteer work for the college and the Alumnae Association has shown her focus and talent, said another reference. A Communications Ad Hoc Committee member of the association since 2005, Pace helped to formulate the association’s ten-year strategic plan and has served as a lead gift chair for her class, class Cornerstone chair, and head class agent. She received a Medal of Honor in 2006.

Married since 1999 to Anthony Pace and mother of twins Liz and Leo, Pace worked in Australia for several years early in her career as an advertising account manager for DMB&B. Her experience in long-range planning, recognizing trends, and helping a particular product evolve while retaining its proven values are all relevant to a trustee’s role, she noted in her personal statement.

“Mount Holyoke is positioned now and in the future to leverage its unique profile as an educator of women in the world. The college’s truly global student body and commitment to empowering women to act make a compelling story,” Pace added.—M.H.B.

As the association bylaws state: Names of additional candidates may be submitted to the Committee on the Nomination of Alumnae Trustees/Awards provided that the nominations shall be by written petition, signed by at least 100 voting members, no more than 30 percent of whom shall be from the same class or from the same club area, and such written petition is received by the executive director by January 15 of the year of the election. Nominations by petition shall include the written consent of the nominee to serve if elected.