Meet the ruler of Lower Lake 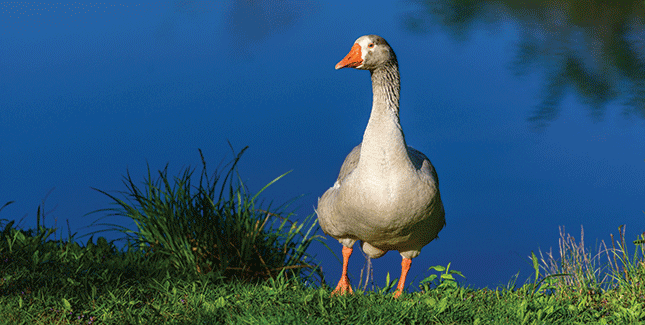 Current students have a lot to say about Jorge, the resident goose of Lower Lake. Whether grazing with his posse of mallard ducks on Skinner Green or begging for bagels at the Prospect dining hall, Jorge is a celebrity around campus. He’s often featured on students’ Instagram feeds, and he even has his own Facebook page and Twitter account, @honkhonkjorge. 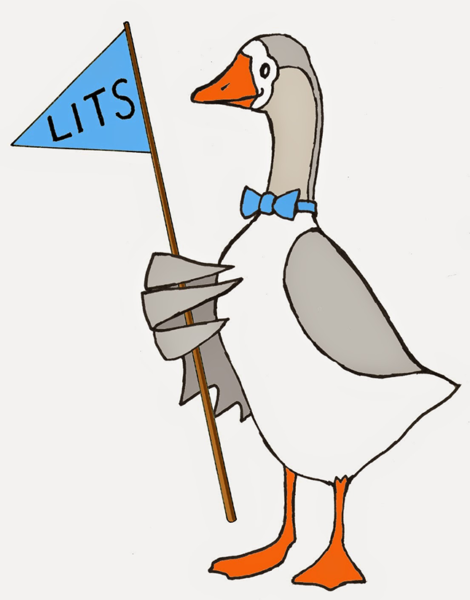 You can also find Jorge’s image touted by LITS (Library, Information, and Technology Services), which has adopted him as its mascot. Jorge has been featured on buttons, tote bags, and even a cardboard cutout that travels around campus and is featured on LITS social media.

Of course, no symbol of Mount Holyoke could be without some mystery. Jorge’s origins are a topic of great debate, and without any real paper trail they’re likely to stay that way. LITS claims that Jorge was first sighted on campus in 1993, which begs the question: How can a goose live that long? Student conspiracy theories claim that former President Lynn Pasquerella ’80 was responsible for replacing Jorge every few years; others point the finger to Facilities Management, although they deny having any role in keeping Jorge around. Some students and recent alumnae say they remember Jorge being pure white, and that the grey goose we know and love today is a replacement. 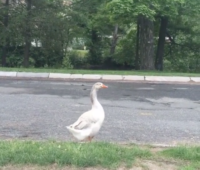 Watch a video of Jorge in action.
Web exclusive

One myth has been busted, however: Our current Jorge, at least, is not male. Although Jorge roams wild, she is actually a breed of domestic fowl known as a Pilgrim Goose. The males of this breed are white, the females grey. Current students and alumnae alike are unfazed by this; Jessica Hopkins ’88 asks, “What’s wrong with a female Jorge? Seems like she’s an Uncommon Goose.”