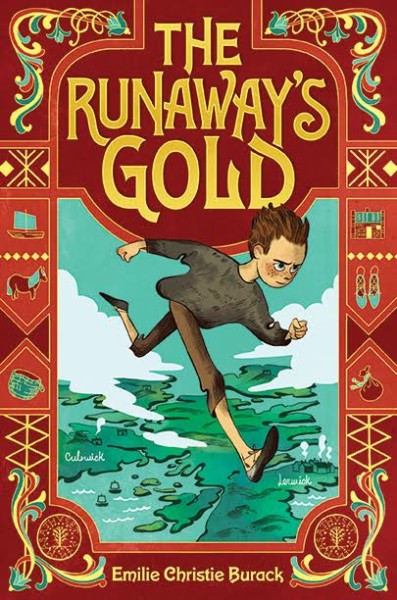 In 1842, Christopher Robertson’s family lives a difficult life as “crofters,” farmers and fishermen so in debt to the landowner that they have no hope of ever breaking free. To make matters worse, Christopher also lives under the thumb of his morally questionable father and devious brother. When his brother frames him for the theft of their father’s secret bag of coins, Christopher must leave his home and embark on a journey across the island to return the coins and clear his name. It’s a journey that takes twists and turns, including stops in prison, on a smuggler’s ship, and at the house of a beautiful girl—and it ends with him escaping to a new life in America, which has dangers of its own.

Years ago, Emilie Christie Burack ’85 discovered a set of brittle cassette tapes in a shoe box at the back of her father’s closet on which her late grandfather had recorded his family’s history. When she learned her ancestor had come from the islands “where they had little ponies with long hair,” she had to know more. She has traveled to the Shetland Islands and spent the last four years researching its history and unique Norse-Scots culture. She now resides in Hopkinton, New Hampshire. This is her first book. 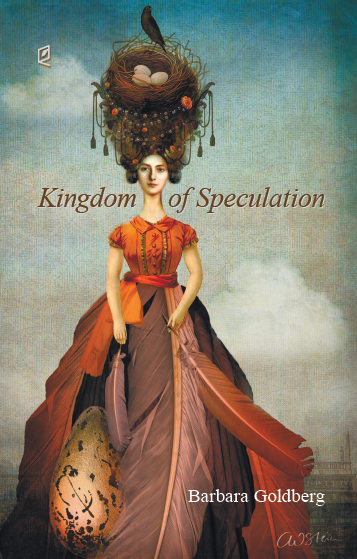 A contemporary fairy tale where our Hero sets out to explore her ancestral lands, the Kingdom of Speculation. In this Kingdom only the weather is fair and “to steal an egg is to be beaten/ to death.” Along the way she meets Reason and Passion; their son Grief, “a surly birdlike boy’”; a snaggle-toothed crone; and Rodrigo, the Master of Chance. Adventures and misadventures ensue, all ending, as it must, in an ever after.

Barbara Goldberg ’63 is the author of four prize-winning books of poetry, most recently The Royal Baker’s Daughter, winner of the Felix Pollak Poetry Prize. She also translated Scorched by the Sun, poems by Israeli poet Moshe Dor. Goldberg and Dor translated and published four anthologies of contemporary Israeli poetry. Goldberg has received two fellowships from the National Endowment for the Arts as well as awards in fiction, translating and speechwriting. Her work has appeared in the Gettysburg Review, Paris Review, Poetry and elsewhere. Goldberg is series editor of the Word Works’ International Editions. She lives in Chevy Chase, Maryland. 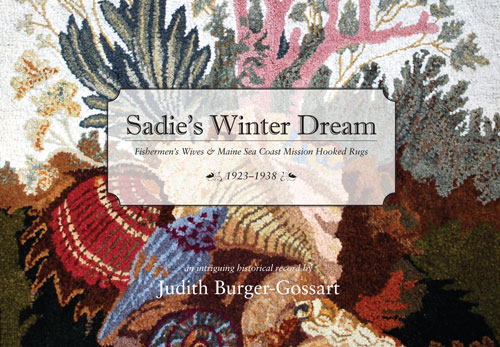 Sadie’s Winter Dream tells the story of fishermen’s wives who lived on remote islands and in isolated coastal communities. Alice M. Peasley of the Maine Sea Coast Mission saw rug hooking as a means of increasing their income; more importantly, she opened their eyes to the beauty of nature that surrounded them every day. Their lives were transformed, and they began to produce original, beautiful rugs. As a testament, Peasley noted: “One woman stood in her doorway bidding me goodbye after a happy afternoon spent in rug planning. ‘You know,’ she said with a slow smile, ‘I never thought I’d live to see the day when I could do something somebody else would really want and value.’”

Judith Burger-Gossart ’65 graduated from Mount Holyoke majoring in American studies. She was a social worker for twenty-five years. Upon moving to Maine in 1996, she ventured into an uncharted territory: becoming an antique dealer centered on textiles. She later curated numerous exhibits, focusing on hooked rugs and textiles. She has given many talks on hooked rugs and written articles on Maine Sea Coast Mission hooked rugs for several magazines. Her book was a natural outgrowth of her interest in hooked rugs. The women she encountered in her research were compelling. The more she learned about them, the more she realized that these amazing and courageous women had a timeless story to tell. She has designed and made hooked rugs all her life. Judith and her husband live in Salsbury Cove, Maine. 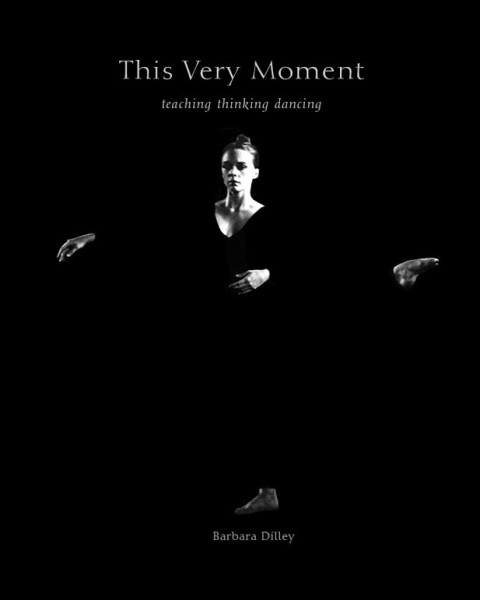 THIS VERY MOMENT teaching thinking dancing braids threads of Barbara Dilley’s memoir in and out of a handbook for classroom practices of dance/movement improvisation/composition developed at Naropa University over the past forty years. The influence of her study and practice of Tibetan Buddhist meditation with Chogyam Tungpa Rinpoche provides language, metaphor, and insight into the engaging of body mind in the same field of attention. The book is designed to go into the studio and classroom, and to have notes made in margins.

Barbara Dilley ’60 is a retired University Professor, School of the Arts, Naropa University. She lives in Boulder, Colorado. 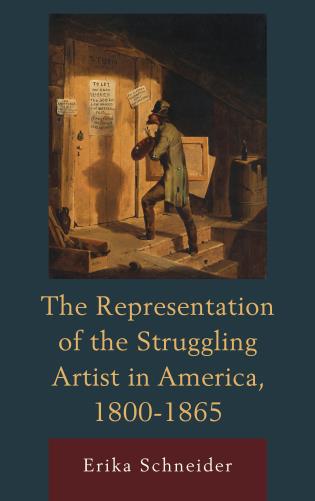 The Representation of the Struggling Artist in America, 1800–1865

The Representation of the Struggling Artist in America, 1800–1865 analyzes how American painters, sculptors, and writers, active between 1800 and 1865, depicted their response to a democratic society that failed to adequately support them financially and intellectually. Without the traditional European forms of patronage from the church or the crown, American artists faced unsympathetic countrymen who were unaccustomed to playing the role of patron and less than generous in rewarding creativity. It was in this unrewarding landscape that American artists in the first half of the nineteenth century employed the “struggling” or “starving artist” image to satirize the country’s lack of patronage and immortalize their own struggles. Through an examination of artists’ journals, letters, and biographies as well as the development of art academies and exhibition venues, this study traces the evolution of a young nation that went from considering artists as mere craftsmen to recognizing them as important members of a civilized society.

Erika Schneider ’91 is associate professor of art history at Framingham State University, where she teaches courses in modern, contemporary, and American art history. She received her doctorate from Temple University in 2007. Her current research, on which she has published book chapters including “Talisman for the Symbolist Movement: Puvis de Chavannes’ Hope” (2009) and “Against the Tide: Paul Gauguin’s Watery Women and Their Symbolist Legacy” (2010), considers the Symbolist movement and the role of American artists at the turn of the century. As an inaugural recipient of the Fulbright-Terra Foundation Award in the History of American Art, she will teach and research American art history at Radboud University in the Netherlands in the fall 2015. 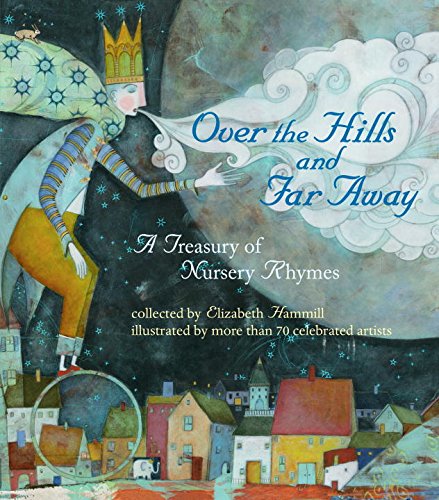 Over the Hills and Far Away: A Treasury of Nursery Rhymes

There are 150 rhymes in this collection, from countries all over the English-speaking world, including Great Britain, the United States, Canada, Australia, New Zealand, Ghana, South Africa, and the Caribbean. This comprehensive collection contains all the best-loved nursery rhymes but also some new discoveries and vibrant rhymes from Native American, First Nation, Inuit, and Maori cultures. Each double-page spread is illustrated by a different artist, who has donated his or her work to the collection or archive at Seven Stories, Britain’s National Centre for Children’s Books. With seventy-six featured artists, this is a star-studded roll call of international award-winners and world-class bestselling illustrators as well as young emerging talent from England, Scotland, Wales, Ireland, the United States, Canada, Australia, New Zealand, Jamaica, Ghana, and South Africa.

Elizabeth Hammill ’65 is the initiator and co-founder of Seven Stories, Britain’s first museum celebrating and collecting the UK’s children’s literature. As artistic and collections director, she laid the foundations for the center’s novel approach to exhibition design and interpretation in seven ground-breaking shows and for its unique and growing collection of original papers, artwork, and books by modern British writers and illustrators for children. Hammill was awarded an honorary doctorate by Newcastle University in 2006, an honorary OBE in 2007, and an Alumnae Achievement Award by Mount Holyoke College in 2009 for her services to children’s literature. She continues to write articles and chapters and is currently a founder patron and collection trustee at Seven Stories. She and her husband live in Newcastle upon Tyne. 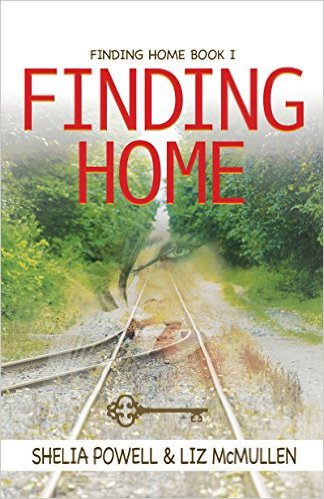 Firestarter Kayla Cruise has been kicked out of another foster home, her twelfth, and she’s back at the railroad tracks where she always finds solace. Surprisingly, a woman shows up there as an apparition, offering something Kayla had been longing for all her life, a forever home. Not just any home, Tia Keating runs a group home for teens with special gifts…gifts like the ones Kayla has spent years running from.

The problem is that when something feels like it is too good to be true, it usually is. Evil is stalking Kayla and her new family. The Darkness is putting her dream placement in jeopardy. It also threatens a burgeoning relationship that Kayla doesn’t quite understand, as well as the only true family she has ever known.

With the help of Tia and the rest of the family, Kayla is going to fight back. The demons won’t get to take away her happiness, not this time. Will this placement be her Lucky Thirteen or will The Darkness destroy Kayla’s hope for a happily ever after?

Liz McMullen ’98 studied politics, history, mythology, and religion at Mount Holyoke College and during her junior year abroad at Trinity College in Dublin. She spent six weeks backpacking around Europe, visiting all the places she had been reading about. Her wanderlust lives on in her writing.