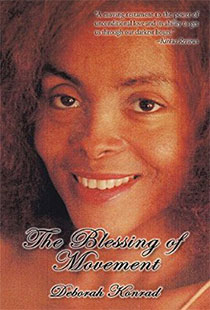 The Blessing of Movement

Sandra is a fearless, headstrong, and dominant woman whose personality sets the stage for a family dynamic that will affect all members of the family, her youngest sister most of all. The complex relationship between the two sisters spans over forty years and leads to a final act of redemption, restoration, and forgiveness, demonstrating how one can flourish despite circumstances. The Blessing of Movement is a novel that tells the story of growth, family, and the overwhelmingly powerful impact of unconditional love.

Deborah Smith Konrad ’77 used her own family as inspiration for her debut novel, having served as a caregiver for her elderly parents and her sister, Sandra, working to navigate the dynamics of being the youngest of three girls. Konrad received her degree in biochemistry from Mount Holyoke College. She lives in Cypress, Texas, with her husband, Nelson, and their two German shepards, Yukon and Kane. 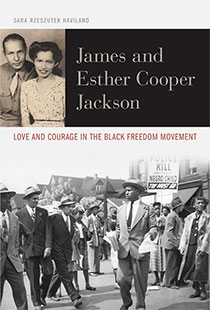 James and Esther Cooper Jackson: Love and Courage in the Black Freedom Movement

This dual biography examines James Jackson and Esther Cooper Jackson’s political involvement and the evolution of their public and professional lives. The Jacksons grew up understanding that opportunities came differently for blacks and whites, men and women, rich and poor, and devoted their lives to fighting for equality and serving as career activists throughout the black freedom movement. Drawing from a collection of correspondence, organizational literature, and interviews with the Jacksons, the biography follows the couple through the years as they bore witness to economic inequality, war, political oppression, and victory in the face of injustice.

Sara Rzeszutek Haviland ’03 is assistant professor of history at St. Francis College. She has contributed chapters to Freedom Rights: New Perspectives on the Civil Rights Movement and Red Activists and Black Freedom: James and Esther Jackson and the Long Civil Rights Revolution. 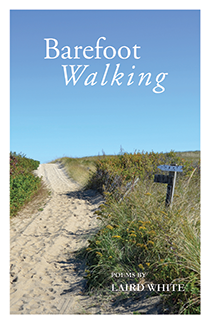 A poetry chapbook following some of life’s many uncertainties and how ordinary events can suddenly become extraordinary.

Laird Trowbridge White ’58 is a writer living in Lenox, Massachusetts. She is currently working to release her memoir about growing up as a minister’s daughter and is also working on a mystery she started in 1996. 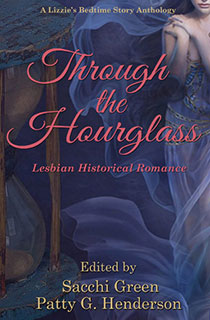 Through the Hourglass: Lesbian Historical Romance

Connie Harvey Wilkins ’65 graduated from Mount Holyoke College with a degree in English. She started her career with science fiction and fantasy and still writes the occasional historical or fantasy under her own name. Under the name Sacchi Green, she has edited ten lesbian anthologies, including two Lambda Award winners.