Painting the Here and Now 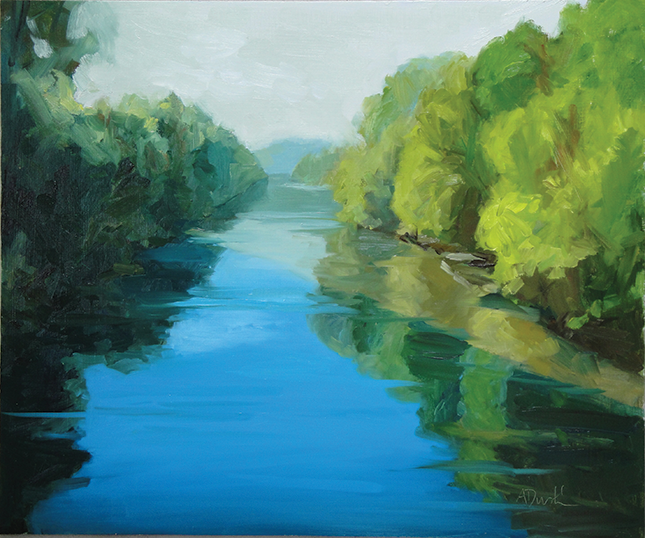 Alice Ullman Dustin ’64 has collected a wide array of experiences in her career as a self-taught painter. She has written and illustrated more than 200 educational children’s books for her grandchildren. She organized an art show and painted a collection of Mount Holyoke dormitories for a class reunion. She has even worked with the founder of the FBI’s Art Crime Team to recover her artwork.

In 2005, Dustin signed a contract with a Philadelphia art museum worker who claimed to sell paintings to offices in the city. After picking up Dustin’s works and selling four to a law firm, however, he became hard to reach. After many failed attempts at reclaiming two more paintings that had not been sold, Dustin, a self-proclaimed “go-getter,” connected with a lawyer who offered to help. Along with his friend, a retired undercover FBI agent, the two were able to track down Dustin’s paintings, which were returned to her. In appreciation for their pro bono work, Dustin made an original painting for each man.

Dustin’s dedication to her art comes not from the subjects of her work but from the process of painting itself. She says, “I don’t necessarily have this burning issue that I have to put on the canvas.” Instead her approach is, “I want to paint now; what can I paint?”

Once she begins, Dustin is relentless. “I’ll milk whatever it is I’m working on until I can stand it no longer,” she says.

Drawing has been one of Dustin’s hobbies since childhood. During her junior year abroad in France with the Sweet Briar College Program, she constantly visited cafés to “buy an espresso and fill up sketchbooks of images of people around me,” she says.

Yet it wasn’t until 1997 that she decided to take classes in oil painting, kickstarting her career as a painter. By 1999, she was entering exhibits and competitions and winning awards. Beginning in 2000, galleries on the East Coast were showing her work.

Dustin also exhibits and sells her work through alicedustin.com. But it is time spent with a brush and a canvas that satisfies her most. “I’m happy when I paint,” she says. 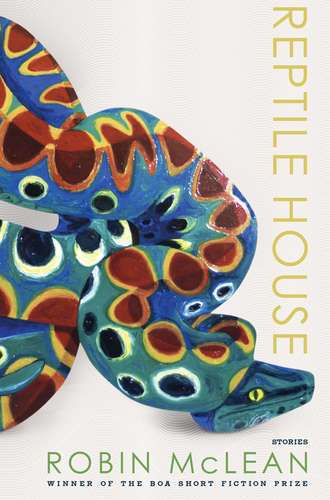 Boa Editions Ltd.
The characters in these nine short stories abandon families, plot assassinations, nurse vendettas, tease, taunt, and terrorize. They retaliate for bad marriages, dream of weddings, and wait decades for lovers. The stories in this 2013 BOA Short Fiction Prize-
winning collection are strange, often disturbing and funny, and as full of foolishness and ugliness as they are of the wisdom and beauty all around us.

Robin McLean ’87 holds a master’s in fine arts from UMass-Amherst. She teaches at Clark University and lives in Bristol, New Hampshire, and Sunderland, Massachusetts. She has worked as a lawyer and a potter, and her fiction has appeared in numerous journals. 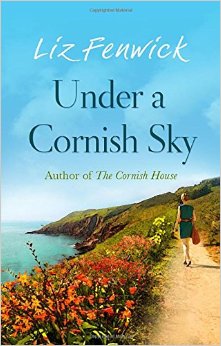 Under a Cornish Sky

Orion Publishing Group
In this novel of romance and intrigue, Demi and Victoria are in for a surprise. Boscawen, the family estate, is finally in Victoria’s hands after the death of her husband, and Demi is ready for her bad luck to change. Surrounded by orchards, gardens, and the sea, Boscawen is about to play an unexpected role in both their lives.

Liz Murphy Fenwick ’85 grew up in Boston and majored in English at Mount Holyoke. She is the author of The Cornish House, A Cornish Affair, and A Cornish Strange and lives with her family in Cornwall and Dubai. 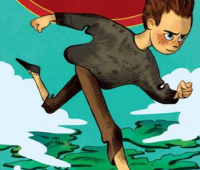