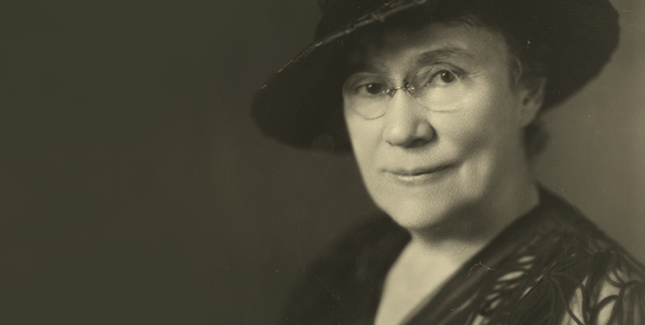 In the thirties and forties, Mount Holyoke lost three respected and notable members of its community: zoology professor Cornelia Clapp (1849–1934); trustee Joseph Skinner (1862–1946); and College President Mary Emma Woolley (1863–1947). The Alumnae Quarterly published extensive obituaries, noting the contributions each had made to the College as a whole. Each time these remembrances were included on the front cover text and were treated as a magazine feature story. Tributes from students, faculty, and staff were included. Below are quotes taken from the magazine pages. 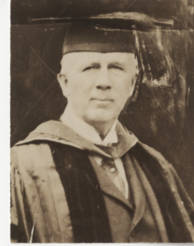 From Joseph Skinner’s obituary in November 1946: “It was a time when the higher education of women was still a glorious mission, and I think that Mr. Skinner’s interest in it was remarkable and a great help in building up the standard of serious work for which Mount Holyoke became known.”—Nellie Neilson, Professor Emeritus of History 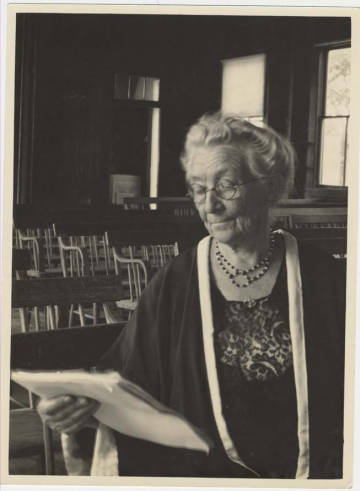 From Cornelia Clapp’s obituary in May 1935: “First, last and always she loved people. The people knew it, and wore a path to her door at Mount Holyoke, Mount Dora or the Marine Biological Laboratory. . . . Quick sympathy, encouragement, rollicking good-humor were there for all comers. Young and old, beginners and savants, rich and poor loved ‘to go see Dr. Clapp.’ The vital interest of each one became her interest, too.”—Louise Baird Wallace, class of 1898, Palo Alto, California

From Mary Woolley’s obituary in November 1947: “And some of us, with a strong sense of our indebtedness, remember her as she sat on the Chapin stage at the Centennial Ceremonies, listening with her undeviating courtesy—and with a touch of surprise in her expression, for she was not a vainglorious woman—to the speakers who informed us that Mount Holyoke belonged to her as much as to Mary Lyon. As if we needed to be told!”—Sidney Robertson McLean, Professor of English at Mount Holyoke