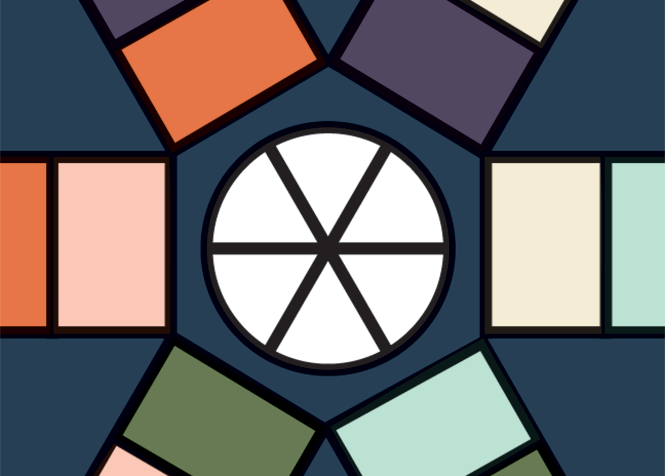 Passing through Mount Holyoke’s McCulloch Center one day, Norma Shindika ’16 saw a listing for an internship with Embark Energy—whose mission is to empower clean energy entrepreneurs around the world. The opportunity was doubly intriguing because it was in her home country. Shindika came to Mount Holyoke from Tanzania, where caring for the environment has become an increasingly vital concern. Deforestation has threatened native species of plants and animals and is a major contributor to broader social concerns like climate change and the spread of disease. Yet it has continued unabated. 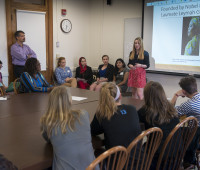 “The forest industry there is very important,” Shindika says. Alternative businesses struggle to find a foothold; investors and locals have tended to back timber, a booming business that promises, at least for now, much bigger returns. “The clean energy sector has been given a lot of backlash,” she says.

An economics major, Shindika knew about the banking and finance sides of the energy field, but she wanted to explore other ways in which she might expand her knowledge. After landing the internship with Embark Energy, Shindika spent two months in Arusha, Tanzania, learning about every aspect of the company. As part of her work, she created teaching materials and social media strategies for emerging business owners and helped formulate business plans to strengthen existing companies.

Shindika’s internship also connected her to two Mount Holyoke alumnae, Evgenia Sokolova ’01, director of Embark’s finance network, and Maria Alaguru ’03, who works in communications at the company. And, she met a potential investor interested in supporting Embark entrepreneurs, an experience that gave her unexpected insight into the small-business world.

“My geology class at Mount Holyoke gave me a background in renewable energy,” Shindika says. “But [at Embark]I learned about the structure of private investment in the world of renewable energy financing, and I got a chance to talk to entrepreneurs about the challenges they face when interacting with foreign investors.”

Internship experiences like the one Shindika enjoyed are but one, albeit critical, piece of Mount Holyoke’s Lynk experience—a comprehensive effort to integrate classroom learning with every other part of a Mount Holyoke education, from extracurricular activities to academic advising to networking with alumnae. 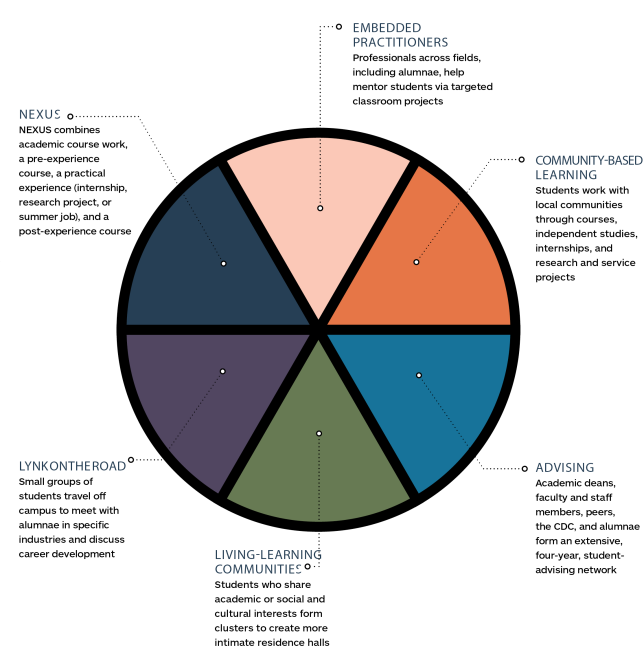 Click to enlarge. The internship is but one of many pieces of The Lynk experience that prepares students to synthesize learning inside the classroom and out.

Delivering on a Promise

Last July, a Time magazine article touted Mount Holyoke alongside two universities as “more the exception than the rule” among institutions that offer “options under which students get to work with employers in their chosen fields before graduation.”

Prior to that, President Lynn Pasquerella ’80 made headlines with the announcement that the College will guarantee funding for one qualified summer internship or research experience for every student at Mount Holyoke. Many students will have multiple internships throughout their undergraduate careers, but the opportunity for guaranteed funding is only offered by a handful of small liberal arts colleges.

The internship funding process is student-driven, providing an important chance for students to consider their goals, then identify and pursue internships that will help them achieve these goals.
Liz Lierman, Director, Career Development Center

Students approved for domestic internships via The Lynk receive $3,000 in funding, and students pursuing international opportunities receive $3,600—numbers that have already translated into increased access to professional placements for a greater number of students as well as increased access to fields that typically don’t offer paid internships. Since the launch of The Lynk in fall 2013, internships are up 55 percent. And this past summer 417 students had funded opportunities.

Lyndsey Ingram ’01 can understand why. During the summer after her sophomore year, she applied for a prestigious internship at Sotheby’s in London. She got an interview and managed to navigate the process while visiting a friend there over break. After landing the offer, she quickly questioned how she would pay for transportation, lodging, and basic living expenses. Back in South Hadley, Ingram asked the College for a grant in order to support her work that summer. She received $2,000, which allowed her to spend two summers working at Sotheby’s, an experience that led directly to her current work as a gallerist at Sims Reed in London.

“That’s where I started my career,” Ingram says. “And it was made possible by the money that Mount Holyoke gave to me.”

According to Associate Dean of Faculty and Professor of Sociology Eleanor Townsley, what’s new about The Lynk is the academic infrastructure that connects systematic funding to a broader process of intellectual self-reflection—a combination that better prepares students to synthesize learning experiences throughout their four years.

“What’s different now is that the College has formalized the idea that the internship does not stand alone,” says Townsley, who has been involved in various iterations of MHC’s curriculum-to-career initiatives over the years. “Students applying for internships go through a set of guided exercises. When they return from the experience, they are required to reflect on what they have learned, think about how it connects to their academic program, and then present to an audience. We have found that this process helps students to integrate classroom learning with practical experience and talk about it in a compelling way.”

According to the director of the College’s Career Development Center (CDC), Liz Lierman, The Lynk is also unique because each student can customize her own journey. “The internship funding process is student-driven, providing an important chance for students to consider their goals, then identify and pursue internships that will help them achieve these goals,” says Lierman, who took the reins of the CDC last May.

“The CDC supports students as they envision the myriad ways their academic interests can be used to facilitate change in the world,” continues Lierman. “We help them translate academic skills and achievements into the language of their chosen field and form mutually rewarding connections to alumnae, employers, and other professionals.”

Kirsten Edepli ’90 has had a half-dozen Mount Holyoke students come through her lab at the Icahn School of Medicine at Mount Sinai in New York. Recently those students have been supported by funds from The Lynk. Interns work with some 5,000 zebra-fish, which members of Edepli’s team examine to help develop treatments for two kinds of liver disease.

All interns are paired with a postdoctoral scholar when they get to Edepli’s lab, which is part of the Division of Liver Diseases in the Department of Developmental and Regenerative Biology, and work closely with those postdocs in their own research areas. Interns attend lab meetings and make presentations. Intern Salma Amin ’15 was even included as an author on a paper that attempted to identify some of the mechanisms of fatty liver disease.

Of course, with thousands of zebrafish, there is plenty of grunt work as well. “Every lab member learns how to feed the fish, how to clean the filter, how to scrub the tanks,” Edepli says. “They wash the floor; they maintain the colony.”

I had amazing role models but no acknowledgment of the role that gender plays in all of it.
Kirsten Edepli ’90

Alumnae have long played an important role in facilitating professional opportunities for students. For many of them, working with a Mount Holyoke student means taking an active part in the educational process while giving back to their alma mater at the same time.

In Edepli’s nearly all-women lab (although that’s not by design), some of the lessons revolve around what it means to be a female scientist. “It’s very important to mentor with other women scientists,” Edepli says, noting that she had female mentors throughout her education, from her undergraduate work to her postdoc at MIT.

“I had amazing role models but no acknowledgment of the role that gender plays in all of it,” she says. Having a mostly female lab shows students potential paths for themselves and gives them confidence that they will be able to navigate gender politics in the workplace. “I like that students are paired with someone in an advanced state of training; they can see, ‘This is how I am doing it,’” she says.

Back in London, where Ingram is now manager at Sims Reed—a leading international print —a proficient, industrious intern is an enormous help and can, in turn, gain exposure to all aspects of her business. “We’re a big , but we’re a small staff,” Ingram says.

Enter art history major Livi Lichens ’15, who found Ingram’s internship through the McCulloch Center but wasn’t sure if it would come together. “I applied on an impulse,” Lichens says. “I had worked at college art museums—Loeb at Vassar and Mead at Amherst. But I wanted to go a bit more into the business side, to work at an art ,” she says.

After winning the job, Lichens spent her days cataloging work, greeting clients and seeing to their requests, and pulling prints by artists as renowned as Andy Warhol and David Hockney. She began to see how the market is dictated by what is being shown in museums in addition to what is being purchased by major collectors. For instance, “The Matisse market is very strong due to the recent The Cut-Outs show at the Tate Modern, now at the Museum of Modern Art,” she says.

It wasn’t, she realized quickly, the job that was depicted on the reality television shows she had seen. But, most importantly, Lichens found the work compelling. “It is one way to put an art history degree to use,” she says. “It’s so competitive to get a position, but [the internship] reinforced my decision that this is something that I want to do.”

» Read More: Mount Holyoke students intern at some of the most influential organizations in the world.

On campus, the excitement around The Lynk continues to build for faculty, staff, and students. Lierman notes that first-year students, who in past years may not have thought to visit the CDC so early in their undergraduate experience, are stopping by to start exploring their interests generally—instead of waiting until it’s time to launch a job search.

The hope is that this shift in culture will give MHC students an added advantage after graduation, given the fact that Mount Holyoke women already tend to have qualities that employers want. Edepli definitely sees the “Mount Holyoke effect” in the students she has employed. “All of the students in my lab are smart and hardworking,” she says. “But the ones who did not go to Mount Holyoke can be a little uni-dimensional. Mount Holyoke students are always really well integrated into the lab, friendly, and willing to go the extra mile.”

Lierman also underscores that The Lynk is a forward-facing way to ready students for the rapidly changing world that awaits: “By the time students leave MHC, they should know how to conduct a job search throughout their lives,” she says. “One of the powerful things about a liberal arts education is that students can draw on those skills again and again. Many students will have successful careers

in several different job areas, including some that don’t even exist yet.”

Jillian Dunham ’97 is the founding editor of Curie Review, a publisher of women’s archives and narratives.