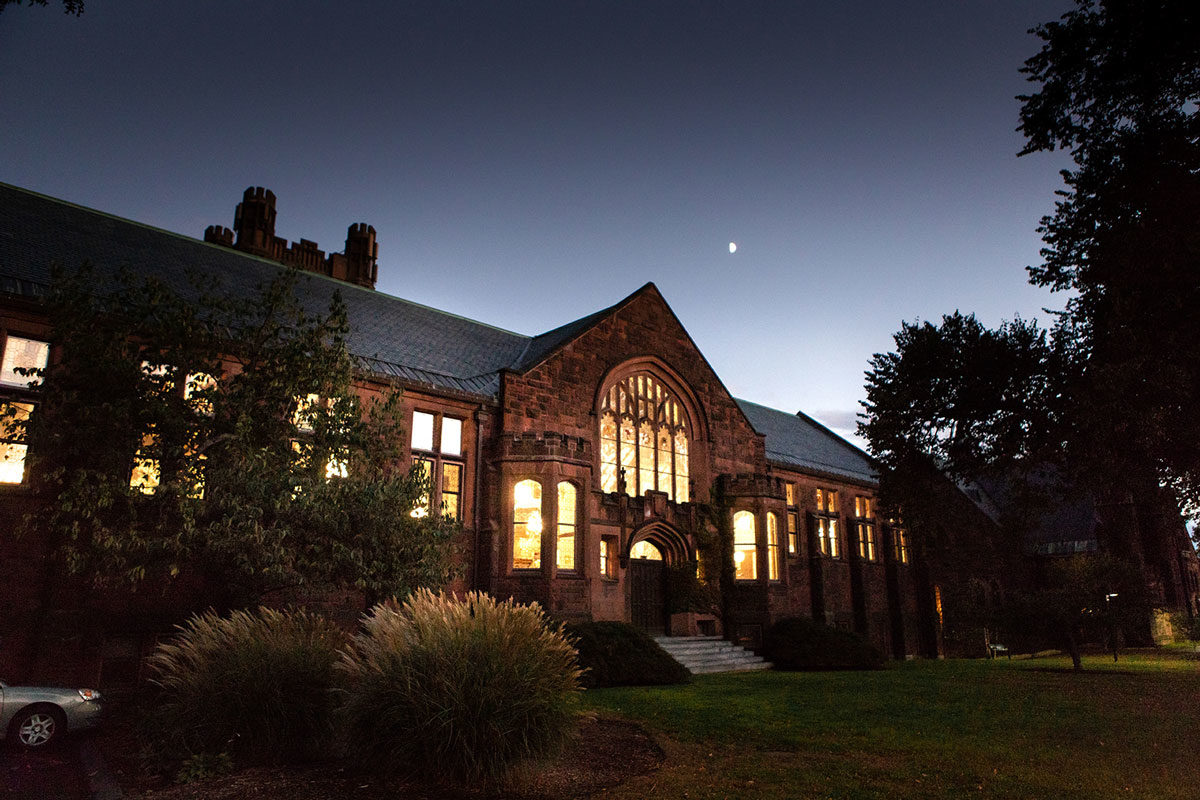 The semester is well underway, and everywhere I go on campus there is a sense of shared endeavor in the pursuit of a Mount Holyoke education. I see stacks of books on tables from the library to the Dining Commons. I see desk lamps glowing late in the windows of our residence halls, as the rain and leaves start to fall. And I see students in deep reflection and conversation, their faces lit up bay screens of every size — and by ideas and determination. There is here a common pursuit, and often collaboration, but, as I said at Convocation, there is also independence of thought and action, the questioning of received ideas, creative energy and imaginative engagement with democracies of thought and knowledge. It’s hard, in the midst of such evidence of faculty and students committing themselves to this “intellectually adventurous education in the liberal arts and sciences,” not to be in awe of both the magic and the very real challenge of such a learning experience and environment. It is, in the truest sense of the word, awesome.

This is not an easy moment to be engaged in this pursuit together, to “curate environments of productive heterodoxy,” as Wesleyan University President Michael Roth puts it, so that “students can grow more sure of themselves by being more open to others.” With the very notion of freedom of expression — central to teaching and scholarship — now so politicized, especially as it is perceived to be practiced in colleges and universities, many institutions have been grappling with the question of how to assure both inclusion and inquiry on campus. There are renewed efforts to ensure that liberal learning inside and outside the classroom is marked by what author and University of Pennsylvania professor of education, philosophy and political science Sigal Ben-Porath defines as “inclusive freedom — an approach … that takes into account the necessity of protecting free speech in order to protect democracy and the pursuit of knowledge while recognizing the equal necessity of making sure that all are included in the ensuing conversation,” thereby respecting both intellectual freedom and human dignity.

Gary Younge, editor at large for The Guardian, who received an honorary degree from Mount Holyoke and was one of our 2019 Commencement speakers, wrote back in May, just a week before his visit to campus, that generosity is the “missing ingredient in today’s debates,” leading to “reflexive judgment and sweeping dismissal,” to “a culture of online trolling, vindictiveness and insensitivity that leaves little space for growth, evolution, inquiry or nuance.” Pointing to the silencing of many in this era of “unequivocal binaries [that] deny context and privilege certainty,” Younge reminds us to make time and space for dialogue, and that, in this effort to make sense of the world, we must make time to think and talk through ideas.

In “The Goals of a Liberal Education,” William Cronon, historian and professor at the University of Wisconsin-Madison, identifies the act of  paying attention — he calls it “listening and hearing” — as one of 10 characteristics of a liberally educated person. In paying careful attention to someone else’s ideas, in bringing rigor to our listening as well as to our work, and in empowering others to speak, we develop, as Cronon puts it, “the intellectual range and emotional generosity to step outside [our] own experiences and prejudices, thereby opening [ourselves] to perspectives different from our own.”

For Cronon, the heart of a liberal education is freedom and growth: freedom to explore and engage with ideas and the opportunity to grow in that process. The act of paying attention, the concentrated effort to follow an argument, to seek out flaws in it, and to understand the emotion and motivation behind the making of it, as well as to find some empathy with the person making it, is at the root of  deep learning and personal growth. The Mount Holyoke educational experience continues to renew and develop the rich associative tradition that makes such talking and listening a crucial part of our sense-making.

This article appeared in the fall 2019 issue of the Alumnae Quarterly.