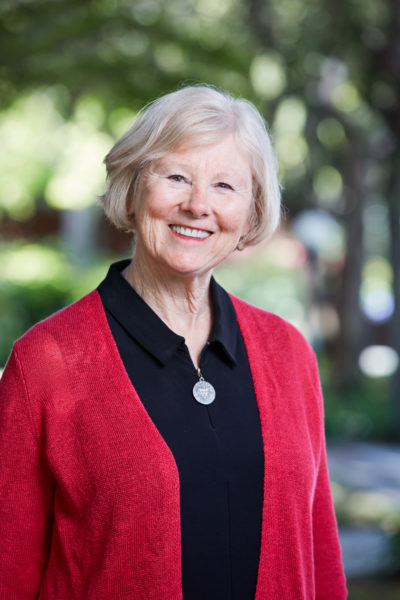 “I hope it will ignite innovation. I hope it will spark more curiosity in an already curious group and make students feel as though their campus experience is deeper, wider, bigger than anything that has been experienced before.”
—Nancie Fimbel ’68, on the College’s new makerspace

The first time Nancie Fimbel ’68 stepped onto campus, she knew she belonged. “This is where I wanted to be,” she says. And since that very first moment, she has been engaged in and inspired by the work of Mount Holyoke.

Fimbel’s career shaped her understanding of the needs of a modern institution of higher education as well as the personal rewards of philanthropy. During many years working in higher education, including as a professor and administrator at San José State University, she watched the changes that technology brought to all aspects of campus life.

“When I was a freshman,” she says, “we brought with us a clock and maybe a radio, and electric typewriters were just coming out … but that was it.”

Fimbel notes that today’s caliber of students demand greater technological innovation, and she is impressed with the ways Mount Holyoke has responded to the changing needs of the campus population. She cites in particular the College’s MEDIAL Project renovations to Pratt Hall that created digital music laboratories where students can explore the nexus between music and technology.

“I was very impressed that Mount Holyoke would come up with such great practice facilities … to expand the upper limits of what the College could do,” she says.

And now she has helped create a space where today’s students can expand the limits of their education with tools and technology that she could not have dreamed would be a part of a Mount Holyoke education.

When the College identified upgrading the former makerspace in the Art Building as an institutional priority, Fimbel was inspired to support the project. The new space, she says, is a natural resource and gathering place where “people who are curious or inventive can go to … see about their own creativity and inventiveness.”

Fimbel herself has a creative side.

“I am a maker in my own more traditional ways,” she says. “I love quilting because you can make anything. It is so much fun to create the design and then implement all the plans you had in mind.”

Last spring, Fimbel put the finishing touches on a quilt that will be displayed in the new space. 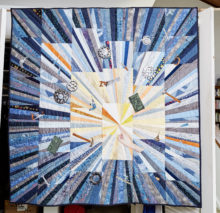 The fabrics Fimbel chose for her quilt that will be installed in the Lab feature images of circuit boards, wires, tools and words, and she overlaid the pattern with images of more tools and machinery.

“I started from the idea of knowing that I wanted it to be about a spark,” she says. After outlining her ideas, she found a pattern called “Fireworks.” Rather than using the vibrant colors the pattern called for to represent those celebratory explosions, she adapted, “making it,” she says, “lighter colors in the middle and darker colors on the outside.”

Fimbel will see the completed Fimbel Maker & Innovation Lab when she returns to campus at the start of the new academic term, but she already has a vision for the impact of the space. “I hope it will ignite innovation. I hope it will spark more curiosity in an already curious group and make them feel as though their campus experience is deeper, wider, bigger than anything that has been experienced before in their lifetimes.”

One response to “Sparking Curiosity”