The following is a list of books published by alumnae and faculty, or about alumnae, and received at the Alumnae Quarterly offices since the publication of the winter 2018 issue. To submit your work, please email quarterly@mtholyoke.edu. 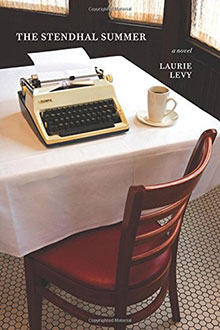 In the summer of 1992, public relations writer Alison Miller takes her savings and flies from Chicago to Europe in search of information about Stendhal, the nineteenth-century French author. Traveling to the same cities, walking the same streets, and taking in the same vistas, Miller hopes to write a new biography of Stendhal, with whom she feels a deep affinity.

Laurie Glazer Levy ’53 is a Chicago author and journalist, who traveled to research Stendhal’s life thanks to a grant from the Illinois Arts Council Agency. Levy has published three books of nonfiction and a short story collection and edited two collections of fiction by Chicago authors. This is her first novel. 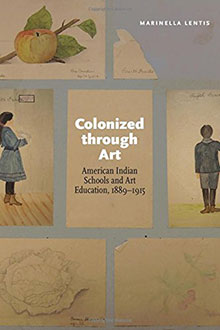 Colonized through Art explores how American Indian schools taught children to abandon their cultural heritage and produce artificially “native” crafts that were exhibited at local and international fairs. The purchase of these crafts turned students’ work into commodities and schools into factories.

Marinella Lentis MHCG’02 is an independent researcher specializing in historic Native American arts and education. She received her doctorate in American Indian studies from the University of Arizona. She has previously published in American Indian Art Magazine and the Encyclopedia of Politics of the American West. 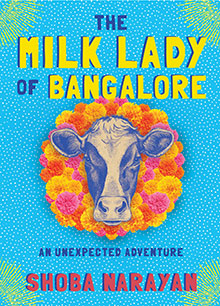 The Milk Lady of Bangalore: An Unexpected Adventure

In this memoir, Narayan writes of leaving Manhattan and moving back to Bangalore, where she befriends the milk lady. The two women bond over not only cows, considered holy in India, but also family, food, and life. After Narayan agrees to buy her milk lady a new cow, they set off looking for just the right one and what at first was to be a simple economic transaction becomes a much more complicated story.

Shoba Narayanaswamy Narayan MHCG’87 writes about food, travel, fashion, art, and culture for many publications, including Condé Nast Traveler, the New York Times, the Wall Street Journal, and the Washington Post. She writes a weekly column for Mint Lounge, an Indian business daily. Her commentaries have aired on NPR’s All Things Considered. Narayan is the author of Monsoon Diary: A Memoir with Recipes, and her essay “The God of Small Feasts” won the James Beard Foundation’s MFK Fisher Distinguished Writing Award. 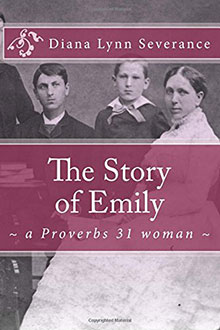 The Story of Emily, a Proverbs 31 woman

Born in the youthful years of the American republic, Emily Spencer Severance, class of 1858, saw and experienced the grief and anguish of the Civil War and lived almost to the dawn of the 20th century. The Story of Emily, based largely on her diary, provides a window in the Christian life of this pastor’s wife, mother of five, teacher, and author.

Diana L. Severance received her doctorate in history from Rice University and taught history for twenty-five years with Klein I.S.D., where she was responsible for setting up with Wunderlich Farm and Klein Museum a learning adventure for students. She is director of the Dunham Bible Museum at Houston Baptist University and the author of several books. 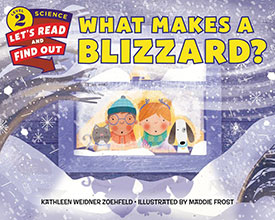 What Makes a Blizzard?

Written by science writer Kathleen Weidner Zoehfeld and with illustrations by Maddie Frost, What Makes a Blizzard is full of visual aids and hands-on activities, including how to keep a winter journal and how to observe what a snowflake really looks like.

Kathleen Weidner Zoehfeld ’76 is the award-winning author of more than seventy books for children and has written several books in the Let’s Read and Find Out Science series. She was a children’s book editor for more than ten years before becoming a full-time writer. When she is not reading, researching, writing, or editing she loves to spend her free time exploring, doing fieldwork, and preparing and curating fossils for her local natural history museums. 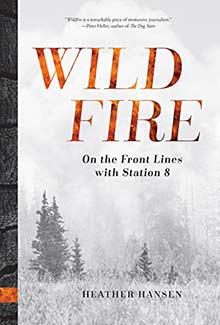 Wildfire: On the Front Lines with Station 8

Every year wildfires ravage forests, destroy communities, and devastate human lives, with only the bravery of dedicated firefighters creating a barrier against even great destruction. Throughout the 2016 wildfire season, journalist Heather Hansen witnessed firsthand the heroics of the Station 8 crew in Boulder, Colorado. She tells that story here, layered with the added context of the history, science, landscape, and human behavior that, year-by-year, increases the severity, frequency, and costs of conflagrations in the West.

Heather Baukney Hansen ’94 is a journalist. Her work has appeared in newspapers and magazines from San Francisco to Johannesburg. She is the author of the award-winning book Prophets and Moguls, Rangers and Rogues, Bison and Bears: 100 Years of the National Park Service, and co-author of Disappearing Destinations: 37 Places in Peril and What Can Be Done to Help Save Them. 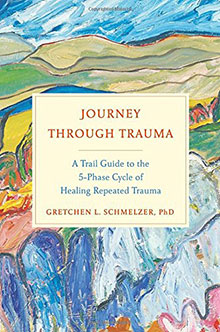 Journey Through Trauma: A Trial Guide to the 5-Phase Cycle of Healing Repeated Trauma

Journey Through Trauma is a book for survivors, with the aim to help them understand the terrain of the healing process and to stay on the path. There are three basic principles that every trauma survivor should know: Healing is possible, it requires courage, and it cannot be done alone. Traumas that happen more than once—child abuse, sexual abuse, domestic violence, gang violence, even war—are all relational traumas and therefore must be healed inside a relationship, whether with a therapist of within a group. Journey Through Trauma gives readers a map to help guide them through that healing process and learn the five phases that every survivor must negotiate along the way.

Gretchen Schmelzer ’87 is a licensed psychologist, trained as a Harvard Medical School fellow. She is a trauma survivor who has worked for twenty-five years with individuals and groups in varied residential and healthcare settings as well as in private practice. She is the founder of The Trail Guide, a web magazine dedicated to healing repeated trauma. 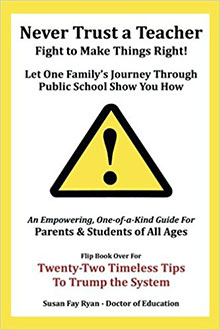 Never Trust a Teacher. Fight to Make Things Right: Let One Family’s Journey Through Public School Show You How

Written in praise of the public-school system while also serving as a warning against bad teachers who can be found in all school systems, Ryan uses her thirty-six years of experience as a teacher to describe what she calls the 13 Critical Showdowns to protect children from an academic injustice. Parents will be alerted to behaviors and practices of bad teachers and learn how they can fight to make things right.

Susan Fay Ryan ’58 speaks as a parent of five children who attended public school and a teacher with thirty-six years of experience in the classroom. 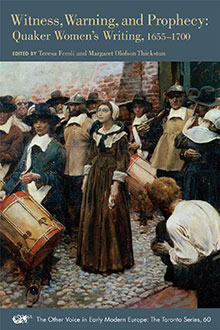 The forty texts collected in this volume offer a small but representative sample of Quaker women’s tremendous literary output between 1655 and 1700. They include examples of key Quaker literary genres—proclamations, directives, warnings, sufferings, testimonies, polemic, pleas for toleration—and showcase a range of literary styles and voices.

Margaret Olofson Thickstun ’77 earned her doctorate from Cornell University. She is the Jane Watson Irwin professor of literature at Hamilton College, where she also chairs the literature and creative writing department. 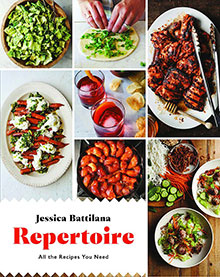 With nearly seventy-five versatile recipes, Repertoire provides real recipes for real life. After two decades in the kitchen and writing about food, Battilana provides her best recipes and the ones she relies on the most for either a quick weeknight supper, a special dinner party, a friend dropping by, or for the chocolate cake that never fails.

Jessica Battilana ’00 writes the Repertoire column in the San Francisco Chronicle and is the author of Corn, a Short Stack Edition. She is the coauthor of several other cookbooks, and her work has appeared in Martha Stewart Living, the New York Times, the Wall Street Journal, Saveur, Sunset, and Best Food Writing. 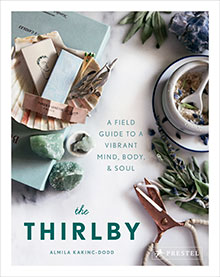 The Thirlby: A Field Guide to a Vibrant Mind, Body, and Soul

A project that came out of Almila Kakinc-Dodd’s popular website The Thirlby, which attracts a worldwide audience hungry for tips on holistic food, beauty products, and spiritual practices, this book offers precise, easily attainable advice on natural health, spiritual living, and nourishment, including grain-free and sugar-free recipes.

Almila Kakinc-Dodd ’15 is an integrative medicine practitioner, writer, and creator of the popular website The Thirlby.