The following is a list of books published by alumnae and faculty, or about alumnae, and received at the Alumnae Quarterly offices since the publication of the fall 2017 issue. To submit your work, please email quarterly@mtholyoke.edu. 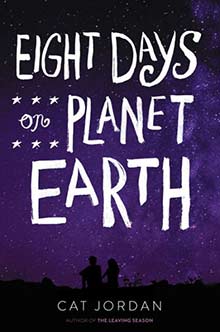 To the universe, eight days is a mere blip, but to Matty Jones it may be just enough to change his life. In this young adult novel that combines romance and science fiction, Matty’s father leaves and a strange girl suddenly appears in a field near Matty’s house, where a spaceship is said to have landed fifty years ago. As Matty unravels the mystery of the girl in the field, he realizes there is far more to her than he first imagined and in time learns to believe in the things he cannot see.

Cat Jordan (Leigh Purtill ’88) is a writer of young adult novels, a choreographer, and a teacher. Born in Europe, and raised in the US on the East Coast, she lives in Los Angeles. 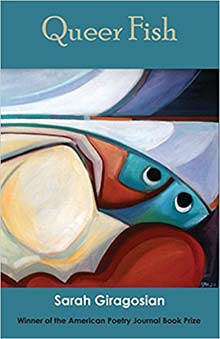 Queer Fish is a collection of poetry that crosses the boundaries between human and animal realms as readers follow a horseshoe crab, an anglerfish, a condor, a tortoise, a damselfly, and a squid all exploring their potential for both love and empathy.

Sarah Giragosian’s ’06 poems have appeared in Ecotone, Prairie Schooner, Baltimore Review, and the Missouri Review, among others. She teaches in the Department of Writing and Critical Inquiry at the State University of New York at Albany. 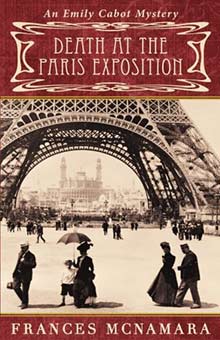 In the sixth Emily Cabot Mystery, the intrepid amateur sleuth’s journey once again takes her to a world’s fair—the Paris Exposition of 1900. Chicago socialite Bertha Palmer has been named the only female United States commissioner of the Exposition and she enlists Emily’s services as her social secretary. Their visit to the House of Worth for the fitting of a couture gown is interrupted by the theft of Mrs. Palmer’s famous pearl necklace. Before that crime can be solved, several young women meet untimely deaths and a member of the Palmer’s inner circle is accused of the crimes. As Emily races to clear the family name she encounters jealous society ladies, American heiresses seeking titled European husbands, and more luscious gowns and priceless jewels. Along the way, she takes refuge from the tumult of the country estate of impressionist painter Mary Cassatt.

Frances McNamara ’72 grew up in Boston, where her father served as police commissioner for ten years. She has degrees from Mount Holyoke and Simmons Colleges, and recently retired from the University of Chicago. She now divides her time between Boston and Cape Cod. 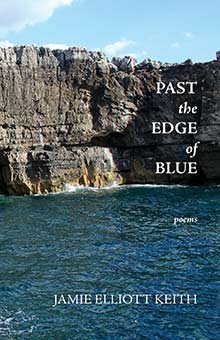 Past the Edge of Blue

A child imagines life before the West is settled, academics gather to discuss philosophy; a brother considers the importance of a good cup of coffee; a mother dreams of her future; a wife describes what ties her this world; a husband paints his house blue. Past the Edge of Blue is a meditation on limits and release, structure and loss, and the connections between our inner and outer geographies.

Jamie Elliott Keith ’75, a graduate of Mount Holyoke and the University of Tennessee, spent years in the business world writing IT application specifications, procedural and training manuals, and large corporate contracts. She lives in Knoxville, Tennessee, where she volunteers and writes. Her poems have appeared in Tule Review, Rust+Moth, The James Dickey Review, The Cape Rock, and others. She coedited the anthology Familiar Landscapes. This is her first chapbook. 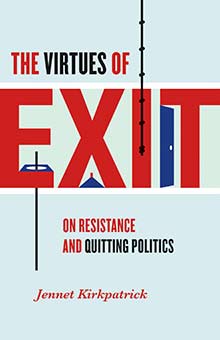 The Virtues of Exit: On Resistance and Quitting Politics

What happens when citizens of a democracy—which relies on citizens who actively participate by voting on juries, and running for office—opt out of politics? Exit—the act of leaving—is often thought of as purely instinctual, a part of the human “fight or flight” response or motivated by the ant-participatory, self-centered impulse. In this book, the author argues that the concept of exit deserves closer scrutiny and examines several examples of political withdrawal.

Jennet Kirkpatrick ’92 is an associate professor in the School and Politics and Global Studies at Arizona State University. 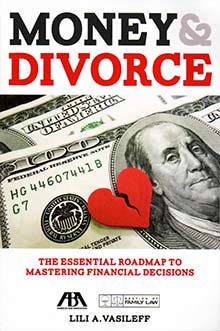 Money and Divorce: The Essential Roadmap to Mastering Financial Decisions

Financial planning for the future is an essential part of every divorce settlement. Separating couples often face a significant financial transformation. Transition is a critical time when you need the most help to understand the pros and cons of your financial options, how to set priorities, and when to reach a settlement with confidence. Money and Divorce helps readers make informed choices concerning financial issues and divorce, explaining the fundamentals and illustrating how to set goals, deal with finances, navigate the legal process, and protect against unforeseen events.

Lili Vasileff ’77 is a financial expert in divorce and founder of Divorce and Money Matters, which educates, empowers, and enables individuals to make informed financial decisions to achieve financial security. Vasileff received the national 2013 Pioneering Award for outstanding public advocacy and leadership. She is the president emeritus of the board of directors of the Association of Divorce Financial Planners and is a member of numerous Bar Associations. 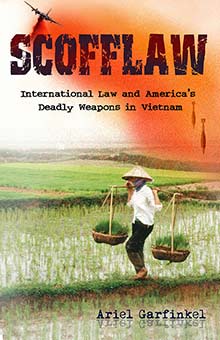 American military forces left Vietnam in 1973, but the war’s legacy has never ended for Vietnamese civilians. Scofflaw examines the unknown trauma, documenting the continuing human toll of suffering through the lens of international war, and analyzes the United States responsibility for post-war cleanup and reparations within the context of four international conventions and treaties.

Ariel Garfinkel ’10 is a human rights scholar and activist with a background in international law and women’s rights, with a focus on strengthening the enforcement of UN treaty law. She works with Just Associates, an international nonprofit that partners with global grassroots groups using popular education to amplify women’s voices and political influence. Garinkel is also an officer of Chances for Children International. She holds an MA in human rights from Columbia University and a BA from Mount Holyoke College. She currently resides in Washington, DC. 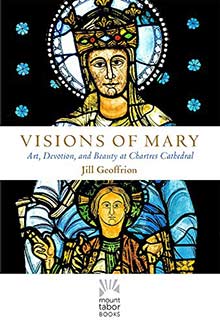 Visions of Mary: Art, Devotion, and Beauty at Chartres Cathedral

Through image and word, Jill Geoffrion unfolds the story of Mary at Chartres, offering a visual and meditative journey through Chartres Cathedral. Included are more than seventy-five images of the Virgin of Chartres that have been recently restored, as well as works of sculpture, painting, and liturgical items.

Rev. Jill Hartwell Geoffrion ’80, PhD, is an ordained pastor with the American Baptist Churches. She has written many books and articles, particularly on the study of labyrinth as a form of prayer. Geoffrion is also an accomplished photographer. 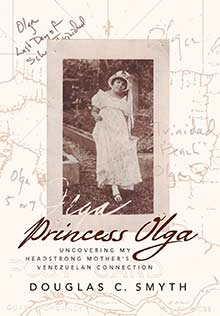 At ninety-seven years old, Olga Quintero Smyth is living in an adult care facility and wrestling with dementia. Her dreams of her childhood, of her family’s luxurious life and relives the dangers caused by her family’s role in “defending” the Venezuelan dictator from a restive exile community in 1920s Trinidad. When young Olga begins to feel stifled by the regime’s demands, her resistance sets off a chance of events that drives her family to flee Trinidad to a working-class neighborhood in Harlem, New York.

Douglas C. Smyth is the son of Mount Holyoke alumna Olga de Quintero Smith ’33. His research has taken him to Asia and Europe as well as the South American and Caribbean settings that figure in this book. Previous novels include Attila. He has taught economics and political science at the college level, in prison programs, and on campus. He has three children and lives in rural Hudson Valley with his wife, novelist and poet Elizabeth Cunningham.