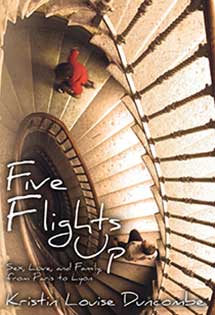 Five Flights Up: Sex, Love, and Family, From Paris to Lyon

CreateSpace Independent Publishing Platform
Life unravels when American psychotherapist Kristin Louise Duncombe faces being uprooted again—to follow her husband from their secure nest in Paris to bourgeois Lyon. The result is a touchstone memoir for anyone facing a move, dealing with marital ghosts, or confronting professional death and starting anew.

Kristin Duncombe ’91 is an American writer and psychotherapist living in Europe since 2001. She has built her career working with international and expatriate families, following her own experience of growing up overseas as the child of a United States diplomat and living internationally most of her adult life. 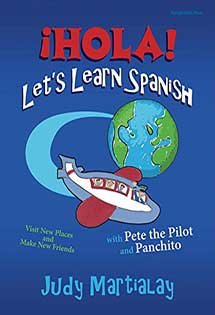 BookBaby
Illustrated and written by Judy Martialay, Let’s Learn Spanish gives children ages six to ten an enjoyable and early start in learning Spanish. The book begins with an imaginary plane ride to Mexico, where readers meet Panchito, the Mexican Jumping Bean, as they follow his adventures while learning the Spanish language.

Judy Simberkoff Martialay ’59 was born in Mount Vernon, New York, and received a bachelor’s degree from Mount Holyoke College and a master’s from Columbia University. She taught foreign language in elementary school, middle and high school. During and after retirement she devoted time to public advocacy for foreign language education with the New York State Association of Foreign Language Teachers. Martialay is currently studying Japanese while living in Sea Cliff, New York, with her husband. 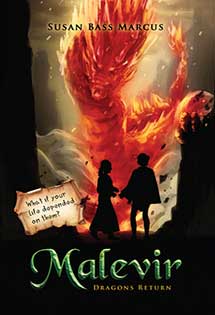 Mill City Press, Inc.
The first book of a three-alumpart, young-adult series, Malevir: Dragons Return presents a fresh take on classic themes of family, courage, and sacrifice. Dragons have long been absent from their ancestral home in the Veiled Valley. Through spells and deceptions, a mysterious shape-shifter attacked them and now threatens the Valley’s hard-won tranquility. With the dragons’ strengths and magic apparently gone forever, the lives of the Valley’s humans and otherworldly creatures hang in the balance.

As a storyteller, puppeteer, and museum education curator, Susan Bass Marcus ’64 has been writing and telling stories for a long time. Her award-winning museum programs, filled with stories about the ancient worlds of Greece, Rome, and Mesopotamia, served more than 100,000 patrons. Her current works include the Malevir series, essays and short stories, and online literary journals. 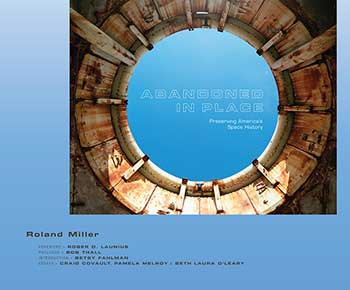 University of New Mexico Press
Stenciled on many of the deactivated facilities at Cape Canaveral Air Force Station the evocative phrase “abandoned in place” indicates the structures that have been deserted. Some structures, too solid for any known method of demolition, stand empty and unused in the wake of the early period of US space exploration. Now Roland Miller’s color photographs document the NASA, Air Force, and Army facilities across the nation that once played a crucial role in the space race. Contributors Roger D. Launius, Bob Thall, Betsy Fahlman, Craig Covault, Pamela Melroy, and Beth O’Leary ’74 add to the haunting images collected here, imparting artistic insight while preserving an important period in history.

Beth O’Leary ’74 is currently professor emerita in the department of anthropology at New Mexico State University, where she taught from 1991–2014. For the last fifteen years she has been involved with the cultural heritage of space and on the Moon in the emerging field of space archaeology and heritage. O’Leary recently completed The Archaeology and Heritage of the Human Movement into Space with P.J. Capelotti for Springer Press (2014). In addition to contributing to Abandoned in Place she is contracted to complete In the Shadows of the Saturn V: Reflections on Apollo’s History with the University Press of Florida.

As a recognized expert in this field O’Leary has been interviewed by and written for the international media, including the New York Times, LA Times, BBC Radio 3, Deutsche Radio, Sunlife (China), CBC, USA Today, Science, Australian Broadcast Corporation, Newsweek, and the Washington Post.