The following is a list of books published by alumnae and faculty, or about alumnae, and received at the Alumnae Quarterly offices since the publication of the spring 2019 issue. To submit your work, please email quarterly@mtholyoke.edu. 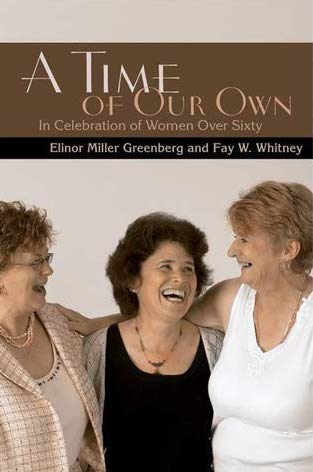 A Time of Our Own: In Celebration of Women over Sixty

Many of today’s women find themselves entering the last third of their lives with a newfound sense of personal freedom and optimism. Having spent most of their lives as pacesetters, these women, now in their 60’s and beyond, are beginning to ask, ”What now?” Based on extensive interviews, research and the authors’ personal experiences, this book explores the multitude of opportunities available in one’s ”third third” of life and addresses common concerns of older women, such as work, finances, health, and relationships. The authors also speak to the baby boomers and offer a perspective on the future. Comprehensive and engaging, “A Time of Our Own” is a must-read for all women entering this exciting new chapter of life.

Elinor Miller Greenberg ’53 is a nationally known American expert in the field of adult education and experiential learning, as well as a speech pathologist, author and lecturer. She has devoted her career and community life to expanding access to opportunity, especially for women and minorities, by designing and implementing innovative higher education programs for adults. As a national leader in adult education, Greenberg headed the University Without Walls program in the 1970s, created a weekend BSN program for nurses in rural Colorado, established a degree program for Colorado prison inmates and ex-offenders and established online master’s degree programs for nurses in the 1990s. She has worked with major colleges and universities in Colorado, was a guest faculty member of the Harvard University School of Education Institute for the Management of Lifelong Education and was inducted into the Colorado Women’s Hall of Fame in 2010. She has authored, coauthored or edited nine books and numerous articles and pamphlets. 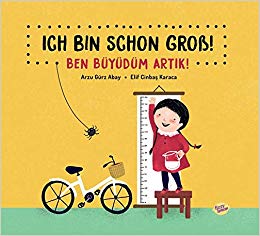 “Ich Bin Schon Gross” tells the story of Rana, a child who thinks she is already grown. She can ride a bicycle without training wheels and she can count to eight. However, once day, when she comes to the nursery school for breakfast, she is not allowed to sit at the table with the preschoolers. Can she impress the older children?

Arzu Gürz Abay ’94 was born in 1972 in Berlin as a daughter of a Turkish diplomat. Since her childhood, she has been dealing with intercultural understanding. She speaks fluent German, English, Turkish and French, and writes bilingual books, which open up new perspectives on one’s own identity and on cultural differences. She lives with her family in Cologne, raising two children in a multilingual, multicultural household. 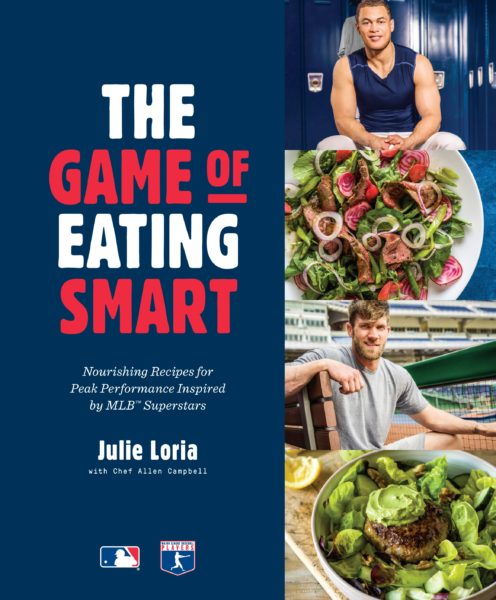 In Major League Baseball, the transition to eating healthy food has become more than a movement; it’s a revolution. Jose Altuve, Chris Archer, Clayton Kershaw, Noah Syndergaard, Mike Trout, and the 16 other star ballplayers featured in “The Game of Eating Smart” are proof of the positive effect of proper nutrition on athletic performance and overall health.

Julie Lavin Loria ’86 is the author of “Diamond Dishes: From the Kitchens of Baseball’s Biggest Stars” (Lyon’s Press, 2011), an official Major League Baseball publication in which she showcased stories and recipes from twenty top players, including Derek Jeter, Albert Pujols and Alex Rodriguez. Born and raised a baseball fan with a passion for food and cooking, her former career as a marketing and advertising executive in Boston gave way to watching baseball games and immersing herself in cooking courses in her spare time. While living in Europe she honed her culinary interests at the French booking school La Cuisine de Marie-Blanche. 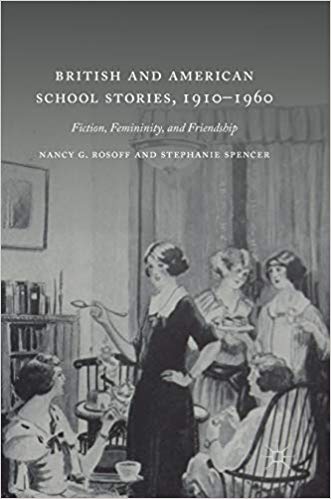 This book examines school and college fiction for girls in Britain and the United States, written in the first half of the 20th century, to explore the formation and ideologies of feminine identity. Nancy G. Rosoff and Stephanie Spencer develop a transnational framework that recognizes how both constructed and essential femininities transcend national boundaries. The book discusses the significance and performance of female friendship across time and place, which is central to the development of the genre, and how it functioned as an important means of informal education.

Stories by Jessie Graham Flower, Pauline Lester, Alice Ross Colver, Elinor Brent-Dyer and Dorita Fairlie Bruce are set within their historical context and then used to explore aspects of sociability, authority, responsibility, domesticity, and possibility. The distinctiveness of this book stems from the historical analysis of these sources, which have so far primarily been treated by literary scholars within their national context.

Nancy G. Rosoff ’78 is dean of graduate and undergraduate Studies at Arcadia University and a visiting fellow at the Centre for the History of Women’s Education at the University of Winchester, UK. She has published on the history of girls’ culture, education and sport. 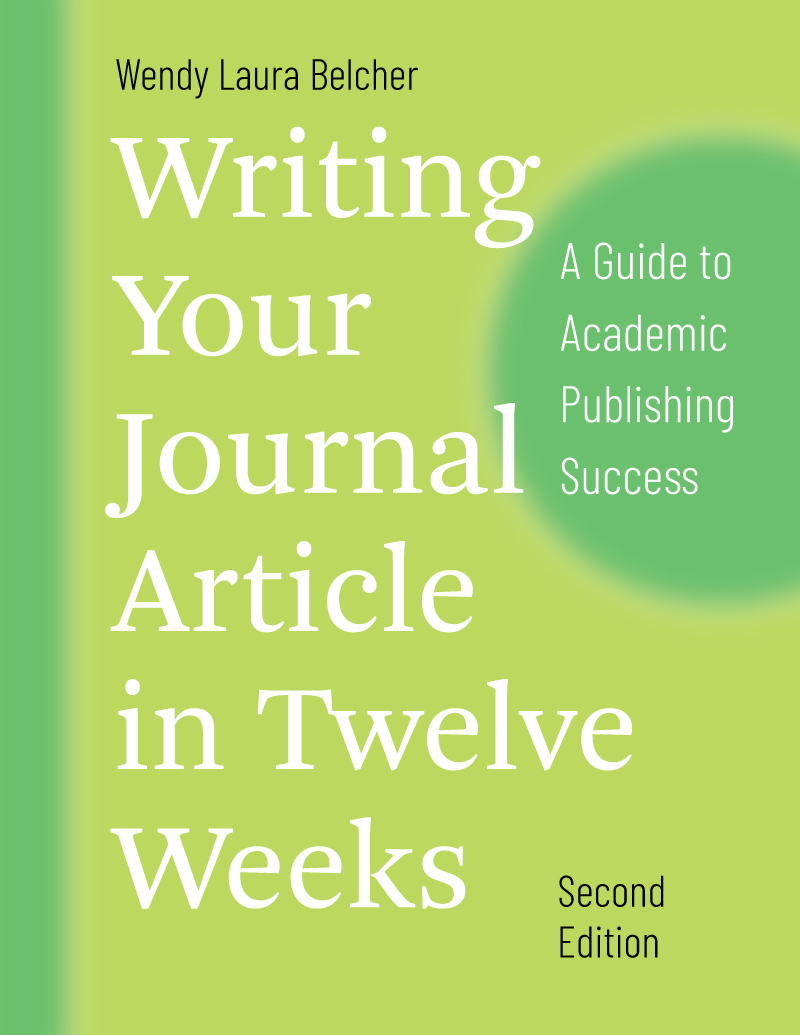 With this new edition, Belcher expands her advice to reach beginning scholars in even more disciplines. She builds on feedback from professors and graduate students who have successfully used the workbook to complete their articles. A new chapter addresses scholars who are writing from scratch. This edition also includes more targeted exercises and checklists, as well as the latest research on productivity and scholarly writing, “Writing Your Journal Article in Twelve Weeks” is the only reference to combine expert guidance with a step-by-step workbook. Each week, readers learn a feature of strong articles and work on revising theirs according. Every day is mapped out, taking the guesswork and worry out of writing. There are tasks, templates and reminders. At the end of twelve weeks, graduate students, recent PhDs, postdoctoral fellows, adjuct instructors, junior faculty and international faculty will feel confident they know the rules of academic publishing and have the tools they need to succeed.

Wendy Belcher ’84 is a professor of African literature in Princeton University’s departments of Comparative Literature and African American Studies. She worked as a freelance copyeditor for many years, then served for eleven years as the managing editor of a peer-reviewed journal in ethnic studies at UCLA, and has personally taught hundreds of graduate students and faculty about writing for publication. Her research books include “Abyssinia’s Samuel Johnson,” “The Life and Struggles of Our Mother Walatta Petros,” and her books in progress are “Ladder of Heaven: The Miracles of the Virgin Mary in Ethiopian Literature and Art” and “The Black Queen of Sheba: A Global History of an African Idea.” 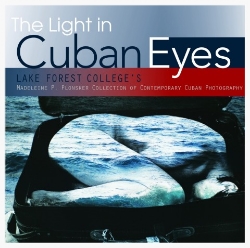 “The Light in Cuban Eyes: Lake Forest College’s Madeleine P. Plonsker Collection of Contemporary Cuban Photography” focuses on Cuban photography between 1992-2012. These years cover Cuba’s “Special Period,” a desperate time resulting from the withdrawal of financial support from the former Soviet Union that continues to present day. The 50 artists who comprise this bilingual book—including Juan Carlos Alom, Adrián Fernández Milanés, Marta María Pérez Bravo, Cirenaica Moreira and Glenda León — shoot their worlds in styles ranging from fabulist to gritty. It is world-class work, yet the artists are known only to the small population of collectors fortunate enough to have traveled to this tightly restricted country, or through art world reputations that have only recently started to expand beyond the island. “Madeleine P. Plonsker Collection of Contemporary Cuban Photography” is composed of 300 pieces; “The Light in Cuban Eyes” is the first North American publication with support from the Cuban Ministry of Culture and Fototeca de Cuba, Cuba’s repository of photography comparable in function to the Smithsonian Photography Department in Washington, D.C.

Madeleine Pinsof Plonsker ’62 is an art collector and philanthropist who has been traveling to Cuba to uncover Havana’s thriving art scene since 2002.