The following is a list of books published by alumnae and faculty, or about alumnae, and received at the Alumnae Quarterly offices since the publication of the fall 2018 issue. To submit your work, please email quarterly@mtholyoke.edu. 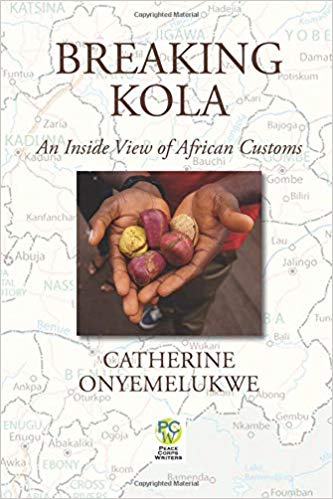 Breaking Kola: An Inside View of African Customs

When Catherine arrived in Nigeria as an idealistic Peace Corps volunteer, she had no idea of the wealth of customs and traditions she would come to love. With her marriage to a Nigerian electrical engineer, senior manager in the country’s power industry, she became part of his family, clan and village. In this intimate portrayal of family members, she reveals the secrets of the ties that bind her to his community.

Catherine Zastro Onyemelukwe ’62 began her career as a Peace Corps volunteer in Nigeria, where she met her Igbo husband and raised three children. After the Biafran War, which interrupted her teaching career, she co-founded Nigerwives, an organization for foreign wives of Nigerians, ran her own fashion company in Lagos. She returned to the U.S. to earn her MBA at Yale University and became a professional fundraiser. Onyemelukwe lives in Westport, Connecticut, with her husband and returns to Nigeria frequently. 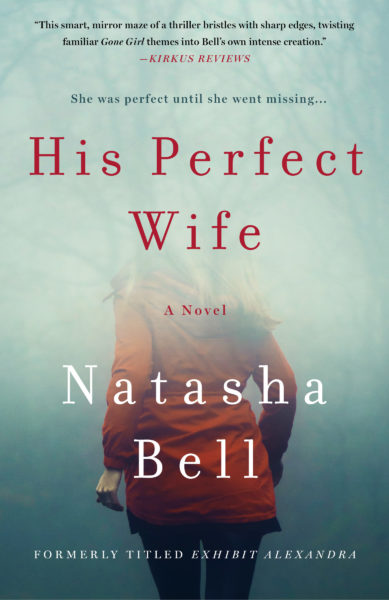 In this novel, mother and wife Alexandra Southwood is held in a room against her will, forced to imagine how her family is coping in the wake of her disappearance. She escapes to memories of their past, remembering her courtship with Marc and their marriage — all that he saved her from, all that she’s lost.
[Previously published as Exhibit Alexandra]

Natasha Long Bell ’06 grew up in Somerset and lived in York, Massachusetts and Chicago before settling in London. She holds an MA in creative and life writing from Goldsmiths and teaches creative writing at City Lit. This is her first novel. 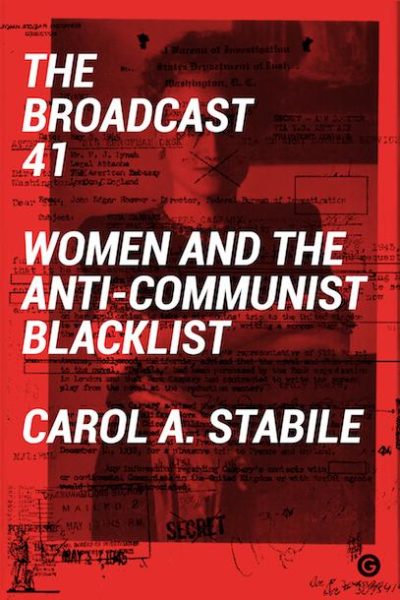 The Broadcast 41: Women and the Anti-Communist Blacklist

Carol A. Stabile ’83 is professor of women’s, gender, and sexuality studies and associate dean for strategic initiatives for the College of Arts and Sciences at the University of Oregon. She is the author of “Feminism and the Technological Fix”, “White Victims, Black Villains: Gender, Race, and Crime News in US Culture”, and other books. 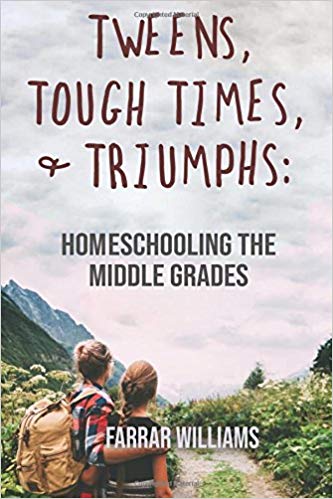 Middle school can be one of the hardest times of life for many young people. Their bodies and brains go through big changes. They can tackle critical thinking in ways they couldn’t just a couple of years before. Middle school can be tough, but it can also be incredibly rewarding to educate at home during this critical period. In this guide, you’ll find everything you need to tackle middle school, from homeschool philosophies and academic subjects to organization practices and tips for giving your students the right kinds of challenges. Written for both new and longtime homeschoolers, this guide celebrates the best things about homeschooling middle schoolers while guiding you through the road blocks you’re likely to hit.

Farrar Williams ’97 is a longtime educator with experience teaching in a wide variety of settings, including public schools, private schools and schools abroad. She came to believe in homeschooling early in her education career and remained devoted to trying it with her own children. She is currently an educational consultant with Simplify Homeschool and College Counseling. 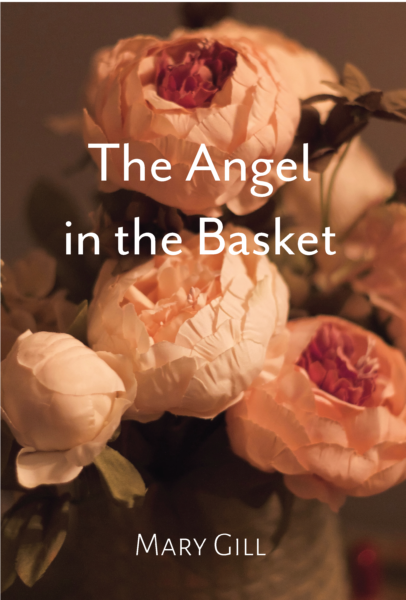 The Angel in the Basket

“The Angel in the Basket” is an electronic epistolary tale. Instead of old-fashioned paper letters, the author sends emails to friends and family about her journey through the medical maze. Her plucky friends and her cousin Gerry step up and help her navigate the road to and from chemo, a mastectomy and brain surgery. These could have been daunting tasks for all involved, but instead they were filled with love and joy. Thanks to the caregivers, the author changes from a quiet, reserved bookworm to a more self-confident talkative individual.

Mary Gill ’80 lives in the Brookland neighborhood of Washington, D.C. She is a landscape designer and yoga teacher, and enjoys the ballet and theater, as well as her plucky friends. The D.C. public library also calls out to her in her free time, as well as exercises where she won’t lose her balance. 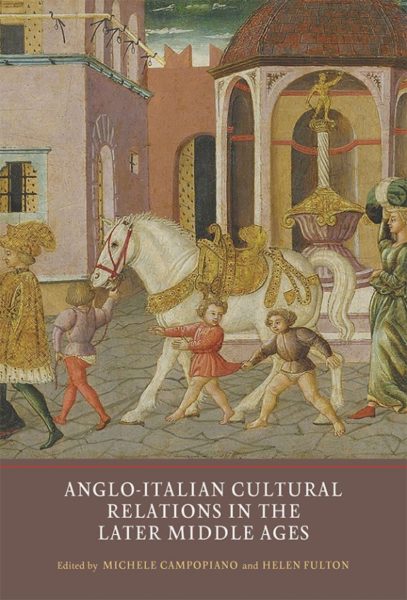 Between the 14th and 16th centuries, the rise of international trade, the growth of towns and cities and the politics of diplomacy all helped to foster productive and far-reaching connections and cultural interactions between Britain and Italy. Equally, the flourishing of Italian humanism from the late fourteenth century onwards had a major impact on intellectual life in Britain. 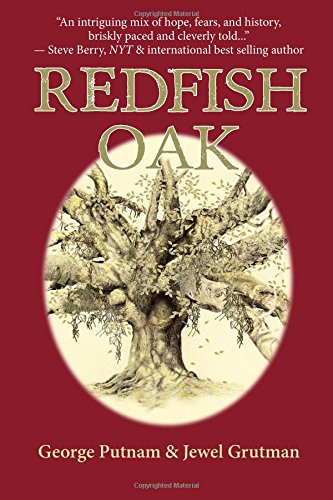 Ten years after the Civil War, race-based fear and hatred threatened lives in a once-idyllic resort of St. Augustine, Florida. When a train arrives carrying renegade Plains Indians ordered to Ft. Marion for imprisonment, the community erupts. From this mix emerge three unlikely allies determined to stop the violence.

Jewel Humphrey Yonkman ’52 graduated from Mount Holyoke College with honors and as a member of Phi Betta Kappa. An alumna of Columbia Law School, Yonkman was the editor of the Columbia Law Review and a Harlan Fiske Stone Scholar. She and her twin sister, Gay Humphrey Matthaei ’52 were co-authors of several publications, including “The Ledgerbook of Thomas Blue Eagle” and “Julia Singing Bear.” The two started work on Redfish Oak together, but Matthaei passed away before they could finish. Yonkman finished the project with George Putnam. 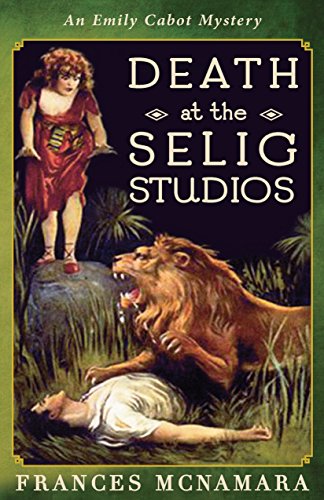 The early summer of 1909 finds Emily Cabot eagerly anticipating a relaxing vacation with her family. Before they depart, however, she receives news that her brother, Alden, has been involved in a shooting death at the Selig Polyscope silent movie studios on Chicago’s northwest side. She races to investigate, along with her friend Detective Henry Whitbread. There they discover a sprawling backlot, complete with ferocious jungle animals and the celluloid cowboys Tom Mix and Broncho Billy. As they dig deeper into the situation, they uncover furtive romantic liaisons between budding movie stars and an attempt by Thomas Edison to maintain his stranglehold over the emerging film industry.

Frances McNamara ’72 grew up in Boston, where her father served as police commissioner for 10 years. She has degrees from Mount Holyoke and Simmons and recently retired from the University of Chicago. She now divides her time between Boston and Cape Cod. 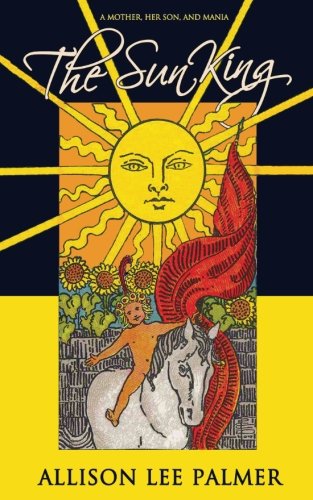 Jack is known as the Sun King because as a child he resembled the illustrated boy in his mother’s deck of tarot cards. Already on the verge of madness, Jack leaves for college in Ohio but secretly decides not to take his medicine. When Jack becomes manic, his mother must retrieve him from a psychiatric hospital and brings him home to Oklahoma. She and Jack spend the next year dealing with court hearings, doctor appointments and counseling sessions precipitated by his bipolar disorder and resultant psychosis. Guiding Jack back to sanity leads his mother to a fateful decision — one that brings about her own emotional unraveling. In the end, it is the Sun King who must save his mother.

Allison Lee Palmer ’85 received a B.A. in art history from Mount Holyoke College and an M.A. and Ph.D. from Rutgers University. She has taught Renaissance and Baroque art history in the School of Visual Arts at the University of Oklahoma for more than 20 years and writes both academic texts and novels. Her recent research on a hand-painted Italian Renaissance sorting book is featured in her fictionalized memoir “The Sun King.” 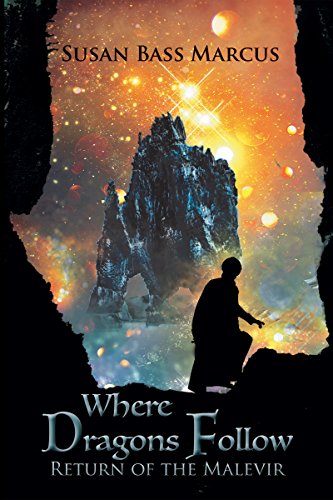 The world of Dragonwolder is in turmoil. Its nemesis, the Malevir, survived past attacks. He now works his dark magic to destroy the world’s dragons and their allies by inhabiting an amulet stolen by a young man named Kurnan. The amulet controls Kurnan’s spirit and drives him into greater danger. Will a team of dragons, their riders, and more otherworldly creatures catch the thief and stop the Malevir before he destroys all of Dragonwolder?

Susan Bass Marcus ’64, a storyteller, puppeteer and museum education curator, has been writing and telling stories for a long time. Her award-winning museum programs, filled with stories about the ancient worlds of Greece, Rome and Mesopotamia, served more than 100,000 patrons. Her current works include the Malevir series, essays and short stories, and online literary journals.