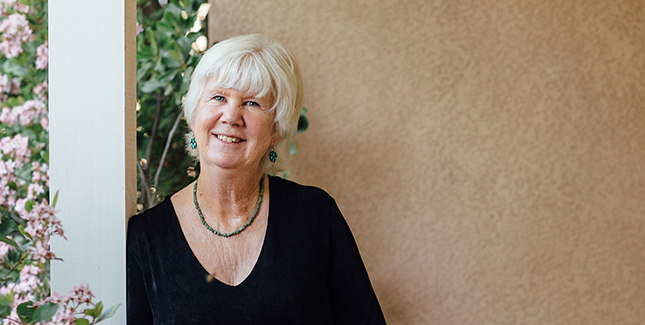 Dr. Beth O’Leary ’74 holds a unique title: space archaeologist. It’s a designation she earned as a result of teaching classes in her specialty, cultural resource management. These studies often lead to National Register nominations of archaeological and historic sites. She is currently professor emerita in the Department of Anthropology at New Mexico State University. A recognized expert, O’Leary has spent thirty-nine years in the fields of archaeology and cultural anthropology. Most of her work has taken place in New Mexico, west Texas, and Canada’s Yukon territory. But for the last fifteen years, her focus has been farther afield: the moon.

Archaeology is essentially an investigation of the relationship between human behavior and material culture. In our past we have created culture—sites and artifacts that are our heritage. Space archaeology and heritage is the study of material culture that is clearly the result of human behavior: objects that are found in the exo-atmosphere or outer space and the facilities on Earth that made  that exploration possible. I focus on the archaeological assemblage: the artifacts, features, footprints, robotics, and trails on the moon.

On how her work in space got started:

While teaching my graduate seminar in 2000 in the application of historic preservation law, a student asked if United States preservation laws apply on the moon. I didn’t know. With a grant from the New Mexico Space Grant Consortium we began to research this question. We learned there is in excess of 106 metric tons of cultural material on the lunar surface, and so we limited our scope to the most iconic site—Apollo 11, the first manned lunar landing.

The moon is the cultural heritage of all humanity, and its sites should be preserved.Dr. Beth O’Leary ’74

On studying the mission and its artifacts:

The Apollo 11 mission had a planned landing site, but Neil Armstrong landed in an area he felt was safer. He and Buzz Aldrin collected more than forty pounds of lunar rocks and regolith. Because they had only one chance to lift off, they jettisoned non-critical artifacts, creating an archaeological site. We looked at documentation, especially the Apollo Lunar Surface Journal, and created an archaeological site map aided by the images taken at the time of the event, as well as digital images retrieved in 2009 by the Lunar Reconnaissance Orbiter that show the foot trails and some of the larger objects. There are few natural forces on the moon to erode the site, and its remoteness has helped preserve it from subsequent human impacts.

On what came next:

Initially we proposed to NASA that the Apollo 11 site be designated a National Historic Landmark but were told that it would be perceived by the world as a claim of sovereignty, not allowable under the 1967 Outer Space Treaty. But in a giant leap for preservation, in 2011 I was part of the NASA team that wrote and published guidelines for all future expeditions to help protect the scientific and historical values of the US sites on the moon. 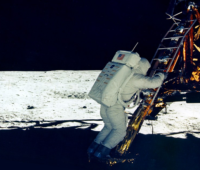