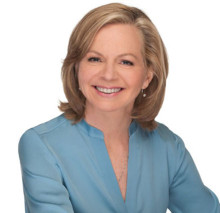 Every morning, as Mount Holyoke theater arts department chair Susan Daniels ’79 walks through the Rooke Theater lobby on her way to one of her acting classes, she passes a large gold plaque bearing the names of seniors honored for “excelling in dramatic arts.” Susan’s name is displayed with the dozens of former students; a fervent reminder of her student days as well as her continuing pride in the students receiving this honor under her tutelage for the past 12 years.

Susan has a unique relationship with the College. First interning with Mount Holyoke Summer Theater as a student, later acting professionally for the company, and eventually serving as its artistic director, she had altogether spent 22 summers on campus. During numerous theater stints, she lived in almost every campus dorm “when single, when married, when pregnant, when divorced,” she noted. “The whole cycle of life I have slept in those little single beds.”

Reading Helen Hayes’s autobiography, whose advice to acting students was to enroll in a top liberal arts college with a strong theater department, was what brought Susan to Mount Holyoke from her home in Memphis, Tennessee. While Susan was an undergraduate, teaching was not her goal. She set her sights on being an actor after graduation.

With scores of acting and directing credits on her resume, her primer in teaching came during her sophomore year when, as an exercise, she was assigned by a professor to teach a section of an Introduction to Theater class. Following her professor father’s advice, she applied his philosophy of teaching: “Keep out the bull, the busy work, all those things you hated when you were taught. Don’t be anybody’s echo. Teach what you believe.” Her father’s words still guide her, serving as the backbone of her approach to mentoring.

Now, Susan views her teaching career “almost like a calling—this is more than just a job. I am inspired every day because of these young women. It feels like I’m talking to my younger self when I’m speaking to a Mount Holyoke student. It’s almost like raising a new family in the house where you raised your first family.”