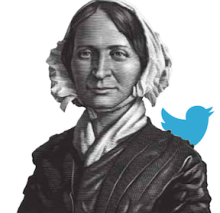 If you haven’t used Twitter, the idea may seem a bit silly; you’ve probably heard that people write about what they had for lunch. I thought that at first, but I have come to find it a very useful professional tool. As a librarian, I often share social media tips with students and colleagues. In that spirit, I want to share some of my favorite Twitter tips and how you can use them, even if you don’t know a tweet from a twit. While posts of 140 characters or fewer may seem too short for meaningful communication, I hope to convince you that this microblogging platform has professional and social value.

I have two Twitter accounts. In the first, @ CogSciLibrarian, I share interesting articles about cognitive science and often about science more generally. I recently tweeted about the book Spillover (“just finished @DavidQuammen’s Spillover and it was TERRIFIC— great investigation, great writing, scary topic”). Several of my buddies tweeted their agreement with my review, and the author even chimed in with a thank-you tweet and a book recommendation of his own.

Twitter is helpful for my day job as well. As @JoMCParkLib, I post library resources for students at the School of Journalism and Mass Communication at the University of North Carolina–Chapel Hill. More than 200 students follow me on Twitter, and I promote upcoming events (such as our successful therapy-dog visits) and new library books.

To promote our therapy-dog visits, I wrote “Come by Park Library today between 11-4 to play with the therapy dogs #JOMCdogs.” Whoa! What is #JOMCdogs? It’s a hashtag, which is # followed by a word, phrase, or acronym describing an event or topic. For the therapy dog visits, this breaks down into the hash itself (#) and the tag—the acronym for my school ( JOMC) and the word “dogs.” This creates a unique phrase that’s easily searchable. My students used the hashtag to mark tweets about the therapy-dog visits, so I watched that tag on Twitter to see how my students were responding to the dogs. You can see all the tweets at storify.com/jomcparklib/therapydogs- spring-2013. 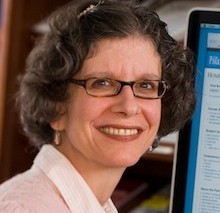 I especially enjoy using Twitter to communicate with my distance education students. Twitter is the equivalent of waving “hello” in the hallway, and this casual interaction is very helpful in dealing with students whom I rarely see in person. In advance of their visit to campus for their comp exams, I tweeted an invitation to stop by during the day: “Monday will be tough for y’all … but I hope you’ll come into the Park Library for some R&R!” I received positive replies from three different students.

The best way to get started on Twitter is to “lurk”: create an account, find some people to follow based on your interests, and read their Twitter feed for a week or so. Look for people you know socially or professionally, or think about your leisure interests. You might want to follow “Mt Holyoke Alums” @aamhc, @nytimes, or @MargaretAtwood. And now that you know what a hashtag is, you might want to check these out: #mtholyoke, #labelGMOs, #CitizenScience, or #WNBA. Good luck in your new endeavors, and feel free to tweet me hello.