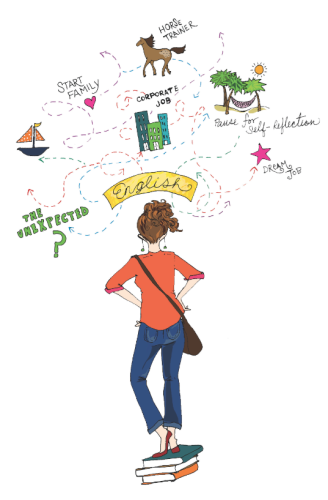 Ellie Skeele ’75 could not have predicted that she would end up in Nepal as the founder and president of a company introducing the world to a new, sustainable fiber derived from the Himalayan stinging nettle plant. No, that would have been unthinkable to her, back in 1975. “I graduated without a clue as to what I was going to do,” says Skeele, who majored in political philosophy.

Having grown up outside New York City, she fell into the idea of looking for a job there, and dabbled both in high tech, at IBM, and finance, at J.P. Morgan. “Neither was really appropriate for me, but it was what I thought I was supposed to do,” she says. Jolted by her father’s early death from cancer, she quit her Wall Street job and spent three years as a professional sailor.

Later, Skeele gave corporate work another try as a manager at Novell, but it wasn’t meant to be. “I’m just really not a corporate person,” she says. Consulting suited her  a bit better, though, and she built a successful strategic marketing consultancy. But a three-week trek in Nepal changed all that. She fell in love with the beauty of village life in the mountains and decided not only to move there, thirteen years ago, but also to adopt two Nepali children and start two Kathmandu-based businesses. Himalayan Wild Fibers is the most recent; it aims to bring nettle fiber to the international textile market.

“At fifty-eight years old, I’m struggling to put food on the table, whereas most of my peers have socked away a lot of money and are ready to retire. But I’m really glad that I made this choice,” Skeele says. “When I left New York to go sailing, and again when I left to come here, people said to me, ‘Oh gosh, you’re so brave. I wish I could do that.’ And I said, ‘Well, you could do that.’ And it’s not about bravery; it’s about survival. I think I would wither and die if I didn’t do something like this.”

On some level we know life shouldn’t be all highways and no side streets. But when it comes to our career paths, we worry that if we take a detour we won’t live up to our potential, or we’ll disappoint ourselves or someone else, or we won’t make as much money as we could. Still, for alumnae such as Skeele, the quest for meaningful work trumps the desire for job security, and a meandering career path almost inevitably ensues. The good news? Detour-filled, “wandering” careers are becoming the rule, not the exception.

“People have a sense that there is, or should be, a linear [career] track. But given the upheaval in the economy in recent years, I don’t think it’s like that anymore,” says Steve Koppi, director of the MHC Career Development Center (CDC). “In a previous generation, a thirty-year career at IBM would be the ticket. Today that’s less true: maybe a forty- or fifty-year career in a variety of different occupations or industries.” 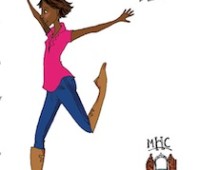 Are you following a meandering career path?
Those who have been there share career advice and reading recommendations.
Web exclusive

Higher education has become so vocational, Koppi says, that students come to Mount Holyoke—a liberal-arts college—expecting a major to be directly related to a career. To break down the myth that “major equals career,” the CDC gives first-year students a quiz in which they must match an alumna’s major with her current job title. At first, students are stumped, but then they’re let in on the big secret: The classics major is a strategy analyst at Target Corporation, the English major is a fundraiser at Wellesley, the critical-social-thought major is a clinical assistant at Planned Parenthood. “There’s a lot of social pressure that students and alumnae feel around career and job title and the status that goes with that,” Koppi says. The idea is to get people thinking about careers in a broader, more integrated way.

Many alumnae would agree that a major does not dictate a career field. Take Ellen Malmon ’88, an architect who majored in English. Or Gretchen Schmelzer ’87, a German-literature major and one-time Olympic rowing hopeful who became a sports psychologist, a psycho-therapist, and, now, a senior consultant at a leadership institute.

Malmon found her way to architecture circuitously, as women frequently do. “Boys often find it through drafting class or working construction when they are young—things not many girls participate in,” she says. Schmelzer says her “amazingly curving path” may not be for everybody, but it’s been an asset for her. “I’ve worked in banks, foreign countries around AIDS, insurance companies, and engineering. As you go into each of the worlds, you gather a lot of data and then bring it to the next one. You become kind of a Wikipedia as you move along.” She adds, “I wouldn’t be able to be as helpful to my clients if I had done a straight career path—no way.”

Sometimes an alumna’s journey is one of degrees—academic degrees. Olivia Velez-Benenson ’98 has five: two bachelor’s, two master’s, and a PhD. “I was always switching jobs, always doing something different,” says Velez-Benenson, who is currently working as a postdoctoral research fellow in the field of biomedical informatics at Columbia University. “Maybe I could’ve gotten where I am now a faster way if I had known where I was going, but I couldn’t have gotten these skills any other way.”

Twisting, turning career paths inspire more anxiety than confidence in some alumnae, especially those still searching for a job that syncs. French major Mary Reed Kelly ’75 only recently made peace with her unusual path. “I went from French and teaching, then business school, to corporate ed, to freelance training and writing, to delivering sales training in China, India, Singapore, and Brazil this past summer,” she says. While she was doing these disparate jobs, friends who’d gone to law school or med school were at the peak of their ambitious, high-powered careers, making lots of money and establishing themselves as experts in their field.

“There are times when I thought, ‘Boy, I sure missed the boat,'” Kelly says. “But after this summer”—when she took the worldwide sales-training assignment—”I thought, ‘Well, I guess it was pretty good I did it that way.'” As a mother of two, Kelly has enjoyed the flexibility of freelancing. And although her career path was unplanned, it’s fulfilling. Besides, she says, “Everybody’s going to be doing more meandering these days. It’s not going to ever go back to [the time when] you work fifty years and get a gold watch.”

Economist Nancy Folbre confirms that times have changed. “What we see now is fewer people on a linear trajectory because there’s more job turnover than there used to be and jobs are shittier than they used to be,” says Folbre, a professor of economics at the University of Massachusetts–Amherst and a regular contributor to the Economix blog at the New York Times.

While we may be a long way from an economy that encourages people to explore and develop their own capabilities, Folbre applauds those who take risks in the workplace despite the rocky economy. “There’s a lot of empirical research suggesting that liking your job is the most important factor in determining your happiness,” she says.

Folbre also points out that, whereas the job trajectories of both men and women are subject to more involuntary meandering now, for most women the meander traditionally comes from taking time out to care for family members. Barbara Maclay Cameron ’90 is one alumna who took a detour from her career path for child-rearing reasons. But instead of getting back on the fast track, she turned motherhood itself into a job opportunity. Cameron is the project director for an initiative working toward improving breastfeeding support in child-care centers in her area of North Carolina. It’s the perfect job for her, she says, but she couldn’t have planned the path she’s taken.

A summa cum laude biology major at Mount Holyoke, Cameron dropped out of Duke graduate school after her MA and took a “therapeutic decompression job” making wedding cakes before moving on to teacher training and earning a master’s degree in social work. She got involved with La Leche League—the international nonprofit that promotes breastfeeding—after giving birth to the first of her two children. She was busy homeschooling them (“a full-time job in itself”) when the director of a University of North Carolina-based global breastfeeding institute offered Cameron her current position. “My dream job snuck up on me when I wasn’t even looking,” she says. The ten-hour-a-week post draws on her varied background and allows her to make family her priority. When that job ends, she says, “the journey continues.”

“I am glad for every time I followed my gut and my heart about making a change, even when intellectually it didn’t seem like the smart move,” says Cameron, who advises surrounding yourself with people who support an un- conventional career path. “When I was working as a cake decorator, my parents, who were extremely supportive, got a certain number of snide comments about my expensive college education going to waste. My mother would say, ‘At Mount Holyoke, Barbara learned to follow her own path, and that is what she is doing.’ ” Indeed, Cameron says she uses the substance of her education all the time, no matter how she earns her living.

Seek and ye shall find

Of course, you needn’t have children to make a career change. Amy Gracey FP’07 spent almost three decades as a cloistered Dominican monastic before depression led her to give up that way of life. “The issue was my ability to live such an enclosed life,” says Gracey, who, at sixteen, dedicated herself to prayer, sacrifice, and work within a monastery that was all but cut off from the rest of the world. Leaving, she says, was scary: “Well, everything was scary after I left. Twenty-nine years in the cloister doesn’t prepare you to step out into the world.”

But step out she did, going back to school and earning an associate’s in communications from Holyoke Community College in 2004 and a bachelor’s in English from Mount Holyoke in 2007. She worked as a writer after graduation, first in Massachusetts and then in Delaware, which is where she learned about Loyola University Maryland’s graduate program in pastoral counseling.

A pastoral counselor, she explains, is a licensed clinical counselor who’s received additional training that includes spirituality and cultural diversity—just the thing for a former monastic who needed more personal contact and mental stimulation than the cloister permitted. “It’s just amazing how it comes back around,” says Gracey, who’s finishing her first year of the three-year program.

Gracey seems to speak for all alumnae with circuitous career paths when she reveals that, for her, the important thing is never to stop seeking. “I think people want to get it right the first time—settle down, put down roots, make a career out of it, save up. That’s considered success,” she says. “I did that for twenty-nine years, but it wasn’t success. So that taught me to go with my heart. If I don’t feel it’s a good fit, I keep searching. It’s important to be in a job where you feel you fit, and that brings you joy and peace.”