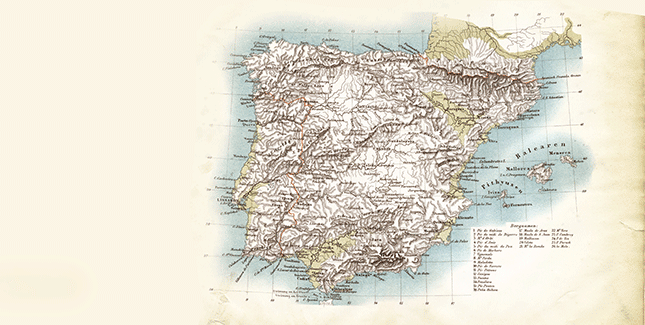 “After forty years, I recently returned to the small Spanish town that was the site of my doctoral fieldwork on women’s work,” Jenny Masur ’71 says after finishing a three-month visit funded by a Mary E. Woolley Fellowship from the Alumnae Association. Recently retired and eager to return to her anthropology studies after a career as a historian for the National Park Service, she jumped at the chance to apply for funding and was excited to win.

Near Granada in a location she declined to specify, Masur was able to stay in the same house she had lived in before and was remembered by many of the townspeople she had met forty years ago. “I stood out,” she says. “There really weren’t any foreigners back then.” Masur immersed herself once again in the rural community to see how the day-to-day work of women had evolved since her first visit.

Masur explains that forty years ago the women’s work in this community was mainly housework and handicraft, like sewing, knitting, and crocheting. “Younger women there do not sew their own clothes anymore,” Masur says. “Domestic and agricultural work largely doesn’t exist for women anymore. Many women have left to look for jobs since there aren’t any in the town.”

After forty years, I recently returned to the small Spanish town that was the site of my doctoral fieldwork on women’s work.

Masur believes that increased access to mass media and life as migrant workers have influenced the town’s culture as well. Women now seek experiences they may have seen on television or heard about from workers who have traveled to cities and abroad.

“It is the generation of women in their fifties and sixties who best understand the sharp contrast between the struggles of their parents and their children,” she says. In the 1970s residents brought money back to pay debts, start businesses, and buy land. “It’s not like the old days where women made their own dowries of embroidered sheets and tablecloths.”

“I really was happy to be with the women I knew before,” Masur says. “They have been through so much in the last forty years. Big changes with modernization, technology, and higher standard of living.”

Thanks to generous gifts from alumnae, the Association is pleased to provide a number of fellowships to support research, travel, and study. Learn more.