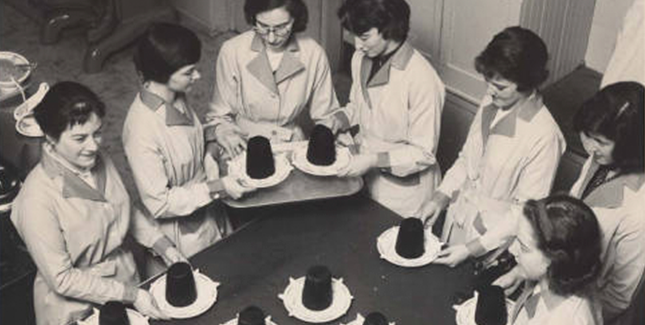 ¶
Not following its usual track, the Alumnae Quarterly published the following recipe for Deacon Porter’s Hat, a beloved Mount Holyoke treat, in the fall 1960 issue. (Should you wish to try this recipe at home, a modernized version can be viewed here.)

Be not alarmed, the Quarterly is not about to turn itself into a Helpful Journal for Homemakers. But since alumnae keep asking for the recipe Deacon Porter’s Hat, here it is.