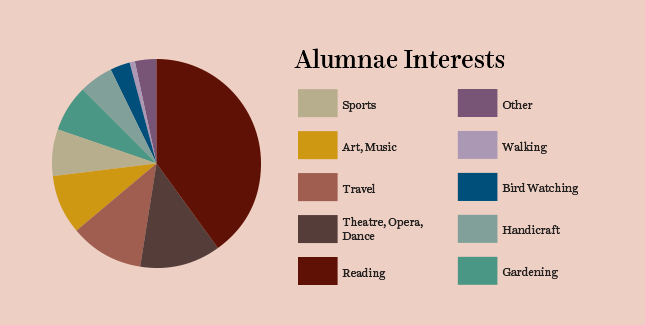 ¶
In June 1960, alumnae opened their mailboxes to an extensive survey sent out by the Alumnae Association. Two years later, with the help of Elizabeth Green, class of 1931, and professors Everett D. Hawkins (economics) and Elizabeth Tooker (sociology), the Alumnae Quarterly synthesized and published the results in its summer 1962 issue. With 14,054 questionnaires sent out, there was a 71 percent return with 9,956 sent back.

Categories for the survey ranged from choice of major to graduate study to leisure-time activities. While English literature, language, and drama were found to be popular majors (20 percent), over the years there was a transition from English to social sciences (religion, economics, sociology, and political science). New subjects were also introduced that students seemed to favor: French, psychology and education, chemistry, and zoology. Were alumnae happy overall with their major choice? Yes. Six out of ten would wholeheartedly major in their field again.

Six out of ten would wholeheartedly major in their field again.

After graduation, almost six out of ten alumnae went off to graduate school. Notably, 70 percent of the graduating class of 1937 went on to pursue another degree at the graduate level. 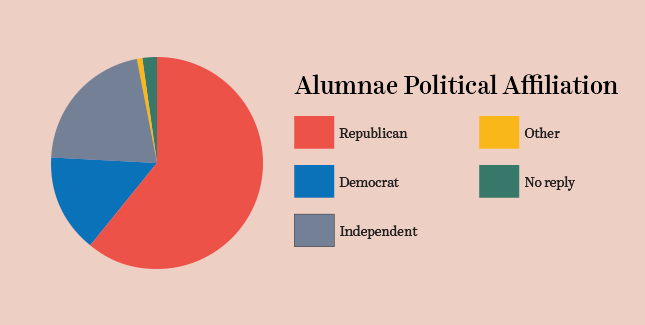 The survey included a category solely dedicated to alumnae husbands (eight out of ten alumnae were either married at the time of survey or had been in the past), reporting their educational background and occupations. Three out of four alumnae husbands attended college. (Seven percent of Mount Holyoke alumnae had married Amherst graduates.) What did Mount Holyoke husbands do? 12 percent were engineers. Manufacturing, teaching, and research were also popular fields .

There was a category solely dedicated to husbands.

Fortunately, alumnae were given the opportunity to report on their own careers, too. Fifty percent of alumnae reported working, either part time or full time. Most were in education, with 15 percent being teachers in secondary schools, 9 percent in elementary schools, and 5 percent in administration. (A quarter of alumnae who attended graduate school studied education.) However, younger alumnae tended to have occupations in the fields of business, industry, and government. 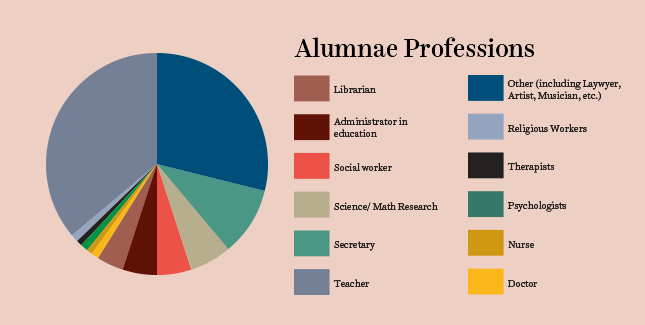 In addition to working and attending graduate school, alumnae reported participating in organizations and clubs. Almost 30 percent were active in their children’s Parent Teacher Association. Twenty-four percent were active in the Red Cross, and 12 percent in the League of Women Voters. Alumnae were also invested in being part of a political organization (12 percent). Sixty-one percent of alumnae identified as being Republican, 15 percent were Democrat, and 21 percent identified as Independent.

And leisure? Favorite activities included reading, traveling, and going to the theater. One of every five alumnae reported publishing books and articles, while 35 percent had participated or performed in the arts (music, theatre, dance, radio, or TV).