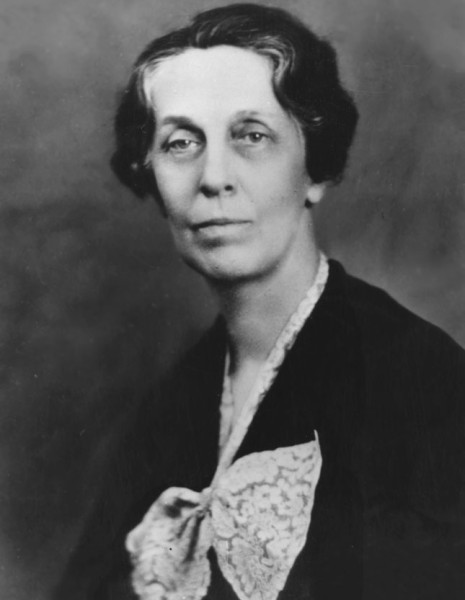 Emma Perry Carr, class of 1902 (1880-1972), was born in Ohio to Anna Mary and Edmund Cone Carr, a prominent physician who was a staunch advocate of education. She was the third of five children. Carr began her college education as one of just a few female students at Ohio State University in 1898. She transferred to Mount Holyoke for her sophomore and junior years, working as an assistant in the chemistry department for three years. After finishing her doctoral studies at Ohio State in 1910, Carr returned to Mount Holyoke and was made a full professor. After only three years, in 1913, she was made head of the Department of Chemistry.

Carr established the research program at Mount Holyoke, creating an opportunity for students to get hands-on experience in the field of chemistry. This became one of the first programs that involved faculty, graduate, and undergraduate students working together. In her own research, Carr studied the ultraviolet spectra of hydrocarbons, investigated the relationship between atoms and molecules, and made use of a vacuum spectrograph. Her work still impacts the way we understand the carbon-carbon double bond. Carr was also interested in the politics of scientific discovery, warning against military use of the atom bomb and instead favoring atomic use as a source of clean energy.

It was not just Mount Holyoke that recognized Carr’s prowess in the field of chemistry. In 1929 she was awarded the American Association of University Women Freeman Palmer National Scholarship, which she used to travel to the University of Zurich and study with Professor Victor Henri. The year 1937 saw her as the inaugural recipient of the American Chemical Society’s Frances P. Garvan Gold Medal, awarded to this day to a distinguished woman chemist. Carr was also awarded honorary degrees from Allegheny College, Russell Sage College, and Hood College over the course of her career. She retired from teaching in 1946. Mount Holyoke’s Carr Laboratory building was dedicated to her in 1955.

“Mount Holyoke College was built by great women; one of the greatest of these was Emma Perry Carr.”
George Hall, at Carr’s memorial in 1972 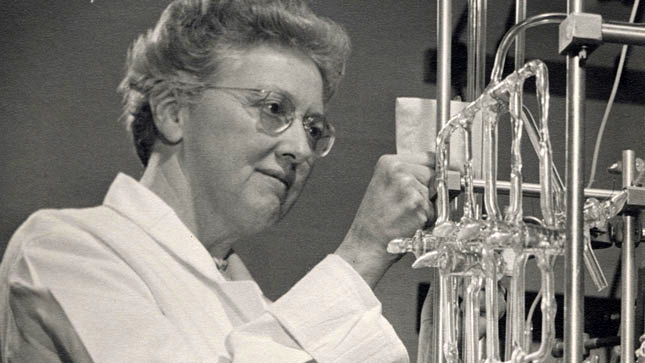 Lucy Weston Pickett, class of 1925 (1904-1997), was born in Beverly, Massachusetts, to former schoolteacher Lucy Weston and former seaman George Ernest Pickett. She had one brother, Thomas Austin Pickett, who also went on to work as a chemist. After graduating from Beverly High School, Pickett enrolled at Mount Holyoke in 1921. Here, she received summa cum laude honors while attaining her bachelor’s and master’s degrees in chemistry in 1925 and 1927, respectively. After leaving campus to pursue her doctorate from the University of Illinois, she taught there and at Goucher College. She returned in 1930 to teach at Mount Holyoke, where she stayed for the rest of her career. Pickett was both the Camille and Henry Dreyfus Chair in Chemistry and a Mary Lyon Professor (a distinction no longer used by the College).

In 1939, Pickett worked with Nobel laureate Sir William Bragg in Ireland on the subject of X-ray crystallography. Her work on the effects of X-rays on chemical reactions and on the X-ray structures of organic compounds also earned her an Educational Foundation Fellowship, which she used to work with Professor Victor Henri in Belgium, following in the footsteps of Emma Carr, as well as forging her own path in her work with physical chemistry professor George Kistiakowsky of Harvard. Also like her predecessor Carr, Pickett was awarded the Frances P. Garvan Medal, becoming the third Mount Holyoke professor to receive this honor. In 1975, Mount Holyoke awarded her an honorary doctorate degree, which she added to her honorary degree from Ripon College.

When Pickett retired in 1968, her friends and colleagues instituted the Lucy W. Pickett annual lecture series, which continues to this day. The lectureship brings outstanding women scientists to campus to talk about their achievements and advancements in their fields. (This was of Pickett’s own doing: The lecturers included notable men of science, including her former colleague and Nobel laureate Robert Mulliken, until she requested otherwise in the 1970s.)

One response to “Emma Carr and Lucy Pickett”