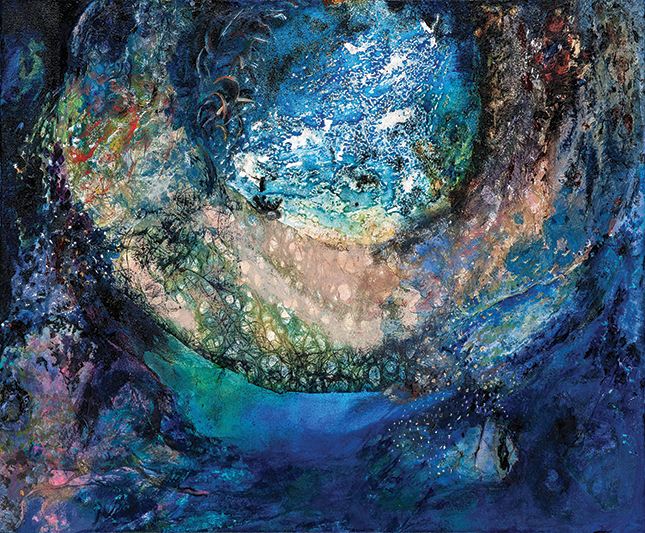 In fall 2002, Claudine Lang Bing ’60 was an art professor on Semester at Sea. The time she spent traveling around the world on a ship and gazing at stars in the night sky stayed with her and became the inspiration for her most recent work as an artist. She is fascinated with discoveries in astronomy and physics, and the themes of creation and changes in our planet and the universe form the basis of her current paintings.

When Bing first arrived at Mount Holyoke in 1956, she did not think that being an artist was a career path available to her. She became an English major and continued to search out opportunities involving art. For her work-study job, she showed slides in art history classes. She was also allowed to use the art studio whenever she had time, an opportunity that resulted in the work that would set her on her path. During her junior year Bing was nominated by the College to attend Yale’s Norfolk Summer School of Art. She was awarded a full scholarship.

“My future was determined in many ways through that summer,” she says. Bing not only prospered in her art at Yale, but she also met her husband, David Bing, a scientist and 1960 graduate of Wesleyan who passed away in 2000. 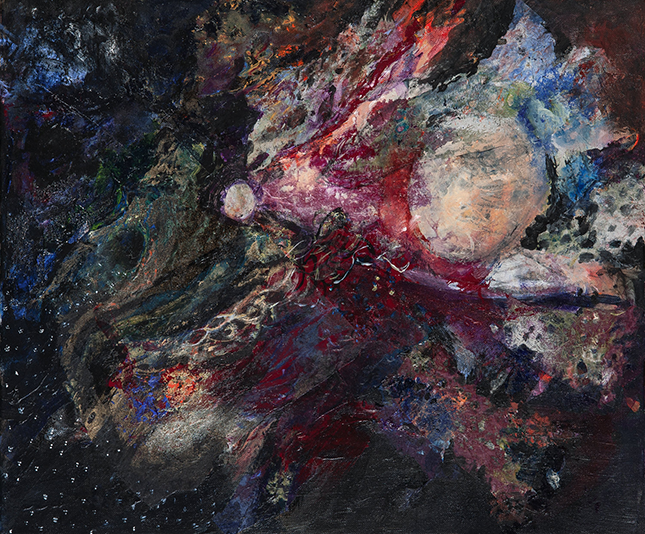 In 1960 Bing received the Janet F. Brooks Memorial Prize, given annually to a painter in the graduating class. The award instilled in her a confidence in her work that she had never before felt. In addition to producing her own artwork, she spent much of her career teaching, holding positions at Cleveland Museum of Art, Michigan State University and Massachusetts College of Art and Design, where she taught for 26 years, served as department chair, and received a distinguished teaching award before retiring as professor emerita.

In November 2017, Bing’s series “Moving Through Space and Time” was shown at Galatea Fine Art in Boston, the most recent of seven solo exhibitions. Her work has been included in group exhibitions across North America and in China and France. She also published a visual memoir of poetry and watercolor prints, “Painting Out of Sorrow,” expressing her journey after the loss of her mother.

“I have loved being an artist and also helping others develop their own creativity through my teaching,” says Bing. “I have found meaning and purpose in the combination of teaching others and creating my own art.”

This article appeared as “Cosmic Abstractions” in the summer 2018 issue of the Alumnae Quarterly.