When award-winning photographer Patricia Swain ’73 arrived in Turkey, she wasn’t entirely sure what kind of photographs she was after. She knew one thing, though—there would be chickens. These common fowls had been on Pat Swain’s mind since working in Maui, Hawaii, where there are 200,000 chickens and only 100,000 people. Worldwide, there are nearly ten times more chickens than human beings. According to Swain, they are nature’s everyday heroes.

What resulted from weeks of steeping herself in the sculpturesque landscape of Cappadocia, Turkey, was a dramatic new photo narrative, “Chickens of Cappadocia,” featuring her simple, courageous, feathered protagonists. Swain was attracted to the potential contrast between the profound landscape and these generally silly birds. Against backgrounds of rolling grey clouds and curvaceous, cool-grey, stratified rock formations, the chickens become the lone-rangers of a dreamy, but real, frontier.

Swain’s digital work and photography has been shown far and wide and appeared in the New York Times, Leonardo (MIT Press), and Digital Fine Art, among many other publications. View her portfolio at patswainphotography.com. 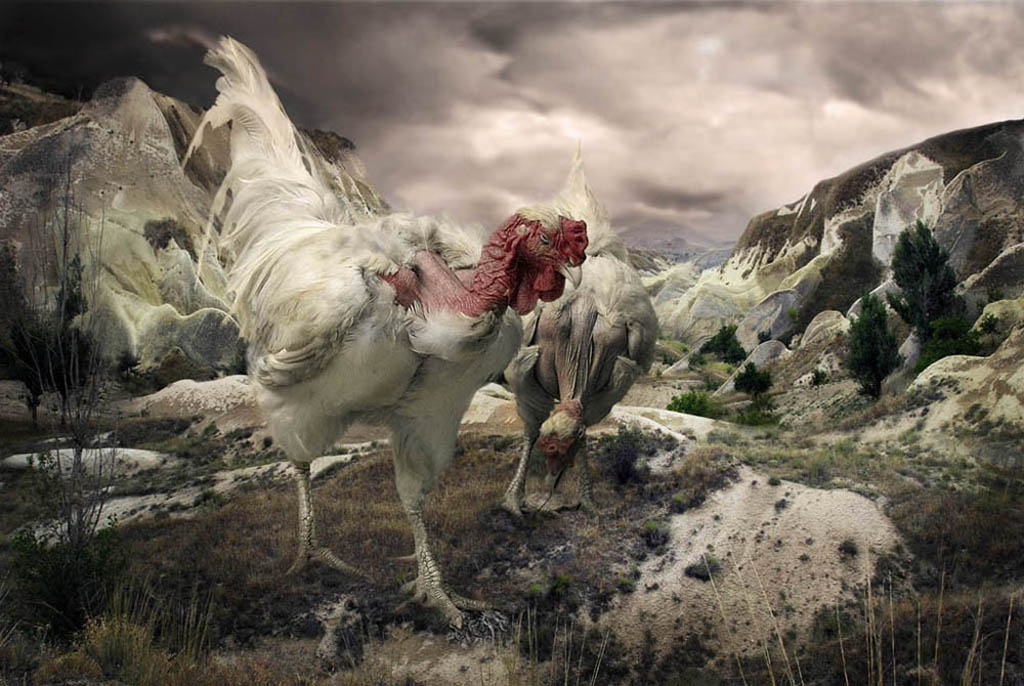 Worms Are Good to Eat 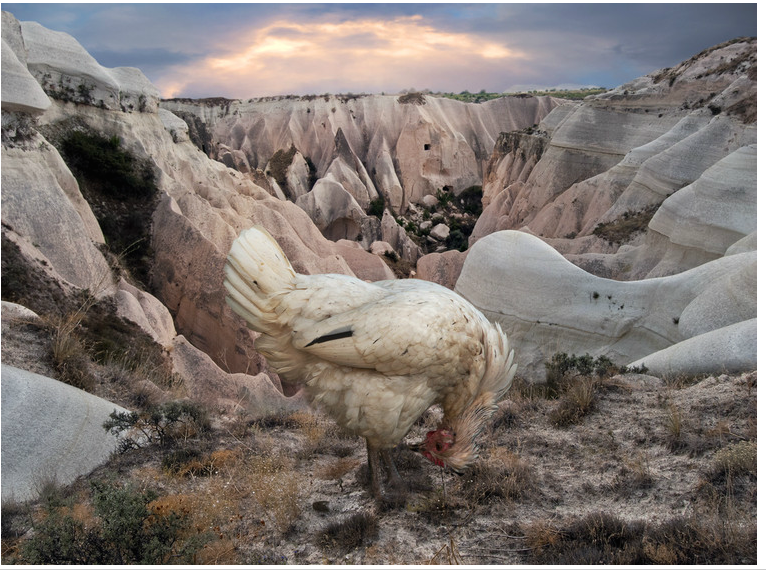 Chicken on a Spiritual Search