Inside the Real West Wing: Interview with Mona K. Sutphen ’89 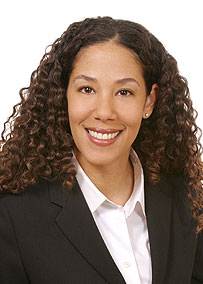 Jillian Dunham: Could you give us a sense of your typical day at the White House?

Mona Sutphen: It starts around 7:15 with a series of senior staff strategy meetings, and usually a meeting with the president. Those go until around 10:00 … and then it’s back-to-back meetings, maybe with a forty-five-minute break during the day. Usually I’m home about 9:00. We work Saturdays, usually from about 10:00 to about 3:00.

There are two deputy chiefs of staff; I work on the policy- related issues. The job is essentially to ensure, at least for the top priorities of the president and for Chief of Staff Rahm Emanuel, that the work of the White House staff is consistent with their expectations.

JD: I’ve read a lot about the president’s morning meetings. What are they like, and do you interact much with the president and advisers in those meetings?

MS:Yes. There’s a senior advisers meeting, which includes about nine of us. It’s usually in the morning, almost every day of the week. It’s usually reserved for the most pressing issues. We cover a lot of strategy. Rahm often sets the tone. Sometimes we go around and talk about issues we need guidance on for the day; sometimes we do it by theme. We might talk about just one issue and drill down pretty deeply into it.

There may have been developments overnight that change how we approach something. Some of it’s tactics; sometimes it’s strategy. Sometimes the meeting is short, sometimes it’s long; it just depends on what’s going on. Sometimes [Emanuel] comes with a laundry list of things he wants to talk about, all the way from administrative matters to major strategy on initiatives such as healthcare or the energy bill.

JD: That sounds like a lot to manage. Could you talk about your two young kids, and how you balance work and have enough time for your family?

MS: Well, it’s a challenge, needless to say. It’s a very intense job. We need to delve very deeply into very complicated issues, quickly, and move from issue to issue, also very quickly. It requires that you get to the central element of the issues and the decisions required, and understand the risks, benefits, and controversies associated with the policy issue you’re working on.

So it’s intense both intellectually and time-wise, but the
nice thing is that it’s not a first-responder kind of job. So if I’m working on something related to EPA regulation, I’m not going to get a call at two o’clock in the morning over that. When I’m home, I can be home.

I do a lot of advance planning—I get no time to myself at all—my weekends are hyper-scheduled so I can get everything organized for the upcoming week with the kids, and spend time with them. When I’m not at work, I try to really be home. There are e-mails and all that, but on the weekends I try to do that when the kids are asleep.

I figure I have to put my Blackberry down at a certain point. When I get home early enough to put my daughter to bed— which is rare—I very much prefer to do that. I would rather face however many e-mails I’m going to have in the morning rather than not have any downtime in the evening. It’s just a tradeoff. Sundays, I try to just be mom.

JD: It’s got to be such a rewarding job. Was there a moment recently at work when you felt, this is why I’m balancing all of this?

MS: Last night. Yesterday we went to a rally for Gov. Jon Corzine in New Jersey and then to the 100th anniversary of the NAACP. The New Jersey event had a campaign rally feel—18,000 people in a stadium with music going—and Obama gave a fantastic speech about healthcare reform, why we need to act now, and why it’s so important. And then we ended up in New York talking about the legacy of race in the US. And Obama was standing there, obviously an example of how far the country has come since the founding of the NAACP. Just last week, we were in Ghana, and Cape Coast, where slaves were held until they got sold and put onto ships … and to go all the way from there to standing at the NAACP last night, it gives you a sense of history. I have those moments every day. There are 1,001 frustrations along the way too, but there are many, many times when I can’t believe I’m working for this man in this point in our history.

JD: What’s it like to travel on Air Force One?

MS: It’s great. If you imagine air travel with a comfortable living room, that’s basically it. You can walk around, you have choices of food … all the things you think air travel should be about. And obviously you get to come and go when you’re ready. You’re never waiting because there’s a flight delay; there are no security lines, no runway delays, and the plane’s always there waiting for you. Are there policy issues you’re working on that make you think, “This is something I’d like to see be an ordinary part of my children’s lives as they grow up”? Sure. So much of the president’s agenda is generationally relevant to me and especially to my kids. We’re trying to plant the seeds for a United States that will be better than the one we grew up in, whether that means figuring out healthcare reform, or education, so that you don’t have a 50 percent dropout rate, or the energy economy—so that we’re not beholden to Middle Eastern oil, but also are being responsible stewards of the planet. A lot of things that were ignored over the last eight years, we are taking a look at and trying to get to the essential issues that need to get fixed.

It’s one of the great things about working for President Obama, and one of the interesting things about working in a time of crisis, that there is more of an appetite to try and get to the root of the problem, and to step back and say, “If you could do it the perfect way, separated from all the water under the bridge, what is the right policy?” We always start at that point—what is the correct answer, how close can we get to that answer based on the constraints we have, and how can we push the envelope as much as possible? We’re doing that with education, with energy … We think we are on the right course, and he’s got a very strong vision.

JD:You worked for the Clinton administration, for then-National Security Adviser Sandy Berger, and you chose to endorse President Obama early. I imagine that with Hillary Clinton in the race, that may have been difficult. What made you endorse Obama?

MS: My husband endorsed Hillary, so we had a split household. He had previously worked with the Clinton Foundation in New York, and we were both very close to then-Senator Clinton. And I think she’s a fantastic person, so yes, it was a hard choice because of the feeling of loyalty, but not a hard choice in terms of who I thought would be a better president. We had met Obama when he first got elected, before he went out on the campaign trail in ’06 and got everybody excited, and I remember thinking to myself, he’s very, very compelling.

JD: Your mother is Jewish and your father is African American, and I read that they had to cross state lines to marry. What are some of the big lessons your parents gave you, and how did their example play a role in leading you to where you are today?

MS: They were both very involved in community organizing and public service. That was an element that ran through our family in a way I don’t think I appreciated growing up, but it’s clearly had a very profound impact on my career choices and orientation. They told my brother and me that we’d be treated differently because we are biracial, but that how others see you doesn’t necessarily have any bearing on how you are as a person. That held us in good stead along the way. Everybody goes through racial identity questions when you’re biracial, much like the president did and I did as well, but if you have a certain level of I don’t find that there are that many compelling people that go into public service in this country, so I figure the least I could do was to spend some of my free time helping him. When I started, I frankly doubted whether he could win. I hoped I could help build the strongest policy platform that he could have. I did not go into it calculating, “he’s going to win and then I can get a good job with the government.” I have young kids and was happy not to be in government. But I care about the country and thought, here is someone compelling. Period.

JD: Do you work with Secretary of State Clinton now?

MS: Sure. She’s incredibly smart and thoughtful and really, really good. I think she will continue to be a great secretary of state. I think in many ways it’s a perfect job.

JD: Do you have a memory of working with the president since coming to the White House? For instance, do you have a standing thing, like you always get coffee together?

MS: No, no, it’s more formal than that. He’s not exactly my generation—but close—and he’s not a very formal person, so while we have conversations like you’d have with any colleague, there’s still a formality there. I definitely call him Mr. President. personal confidence, you can weather that storm better. It’s very strange that I ended up being so interested in international issues because I grew up in Milwaukee, your classic Midwestern town. We went on a couple of foreign trips, but we weren’t any kind of world travelers. But somehow I became interested in seeing the world, having adventures, living in war zones, and all that. There is definitely an adventurous streak in the family.

JD: I guess you could see what you’re doing right now as a kind of global community service.

MS: Yes. I have always felt public service was a sweet spot for me personally because it’s challenging and interesting enough, and you’re having impact at a broader level. It’s not as satisfying as when you’re working person to person, working in a community group, or working with prisoners of war, where you have the human connection—that’s by far the most satisfying work. But it’s also micro. So you are balancing the micro/macro level of impact and intensity of intellectual interest, as opposed to emotional interest, of the work. And I feel Washington strikes a good balance, certainly at this time, when we have such big issues to deal with.