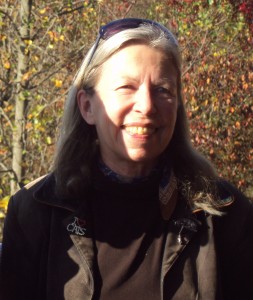 Jane Hurt ’65 spent the majority of her working life in finance, including stints as an institutional stockbroker, portfolio manager, equity analyst, and mutual funds advisor in London.

But impressed by the warm welcome she received and the “can do” attitude the people she met on a visit to Peru in 2002, Hurt researched ways to help the poor who lived in Cusco, the historical capital of the Inca Empire and a thriving tourist city today.

“My years at MHC taught me to carry on seeking new experiences,” she writes.

Hurt learned about a school called Chicuchas Wasi from Amy Laden ’65. Since its opening in 1998, Chicuchas Wasi has been free to all poor girls. Another school educates their parents, whose attendance is required if they want their daughters to go to Chicuchas Wasi.

“I met the cofounders, visited the kindergarten in Cusco, and right away realized that this was an especially wonderful project that could use additional [financial] support,” says Hurt. “I brought in colleagues and friends, and now visit Chicuchas Wasi three times a year. On each visit, it is truly remarkable to see the incremental progress and enthusiasm shown by the girls, their parents, and the school staff.”

Currently, the school runs from kindergarten through the fourth grade and has seventy-three students and ten staff members. Hot meals are served during the school day. Chicuchas Wasi celebrated its twenty-fourth anniversary (it was a shelter for street kids before the school opened) last September and a new library opened in January, boasting 250 books in Spanish and English.

The school has become so popular that children are often turned away because of limited class size. So a new school is being built to serve more children. “I believe that [the] education of women is essential to reducing poverty and raising the overall quality of life of a society,” Hurt explains.