Karen Jennings Lewis ’74: Working for Change in the Schools 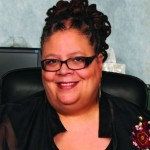 The new president of the Chicago Teachers Union called from the airport. Her schedule is hectic, but busy as she is, Karen Lewis ’74 says she always stops to smile at a passing baby. This is fitting for a woman so entirely focused on the education of young people.

A classroom teacher for twenty-two years, Karen became head of the union last summer at a time of an estimated $600 million budget shortfall and the threatened layoff of hundreds of teachers. When school closings began and Karen found that union leadership wasn’t doing enough to stop the bleeding, she helped start the Caucus of Rank and File Educators.

“Either stand up or don’t,” says Karen. Mount Holyoke, she adds, “taught me you can do anything…to use your mind well…to express yourself.” The key to creating change within the system is for the union “to become an advocate for students, parents, and communities,” she says.

It was with this mindset that she decided to take on the job as president of the teachers’ union. Overseeing 30,000 members is no small task, and Karen has formulated a challenging agenda.

“We want to change the model [of the union],” she says, “to work together, raise the bar on teaching. Lots of emphasis is placed on teachers, but we want to raise the entire profession.”

Karen wants to “make good citizens” of students, which she believes is done best in the classroom. But it takes more than standardized tests to fashion the next generation of leaders. “When you ‘teach to the test,’ there is no learning. How does that help you once you leave?” she asks.

The union presidency has a three-year term. There’s lots to be done, many planes to catch, and more babies to greet. Quoting the Broadway musical, Wicked, Karen says, “It’s about defying gravity—just close your eyes and leap!” 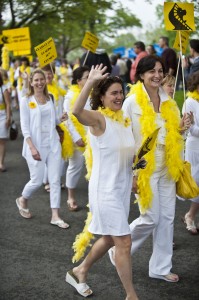