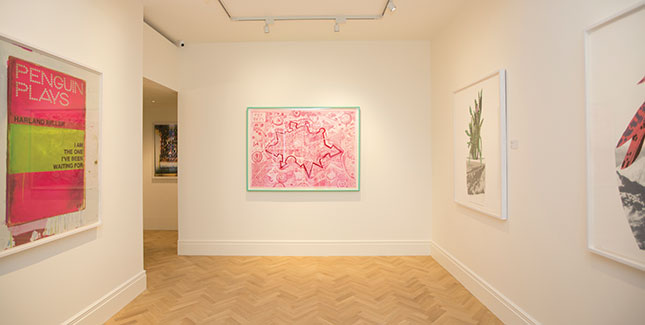 Interior of the Lyndsey Ingram Gallery

In November 2017 Lyndsey Ingram ’01 opened her eponymous art gallery on a quiet, cobblestone street in central London. Her shop joins many other galleries in Mayfair, a posh neighborhood and international art hub. From Ingram’s space on Bourdon Street, it’s just a ten-minute walk to Hyde or Green parks. It’s just minutes more to landmarks like Piccadilly Circus and Marble Arch.

Ingram’s gallery fills a converted carriage house, built at the turn of the twentieth century. The 990-square-foot interior rises to a vaulted-glass ceiling, but the two gallery spaces shun the modern “big white box” look of many art shops, says Ingram. “We designed it to be domestic in its feel, where people feel comfortable and enjoy being here,” she says. “We built this from scratch, and we had an opportunity to make it just the way we wanted.”

At thirty-nine, Ingram may seem young to have hung out her own shingle, but she’s been paying dues in the art world since she was a teen. In the summer between her sophomore and junior years, with a grant from the College, Ingram interned in the print department of Sotheby’s in London. The opportunity was invaluable in helping her embark on her chosen path. “I will be eternally grateful to Mount Holyoke for that money,” says Ingram. 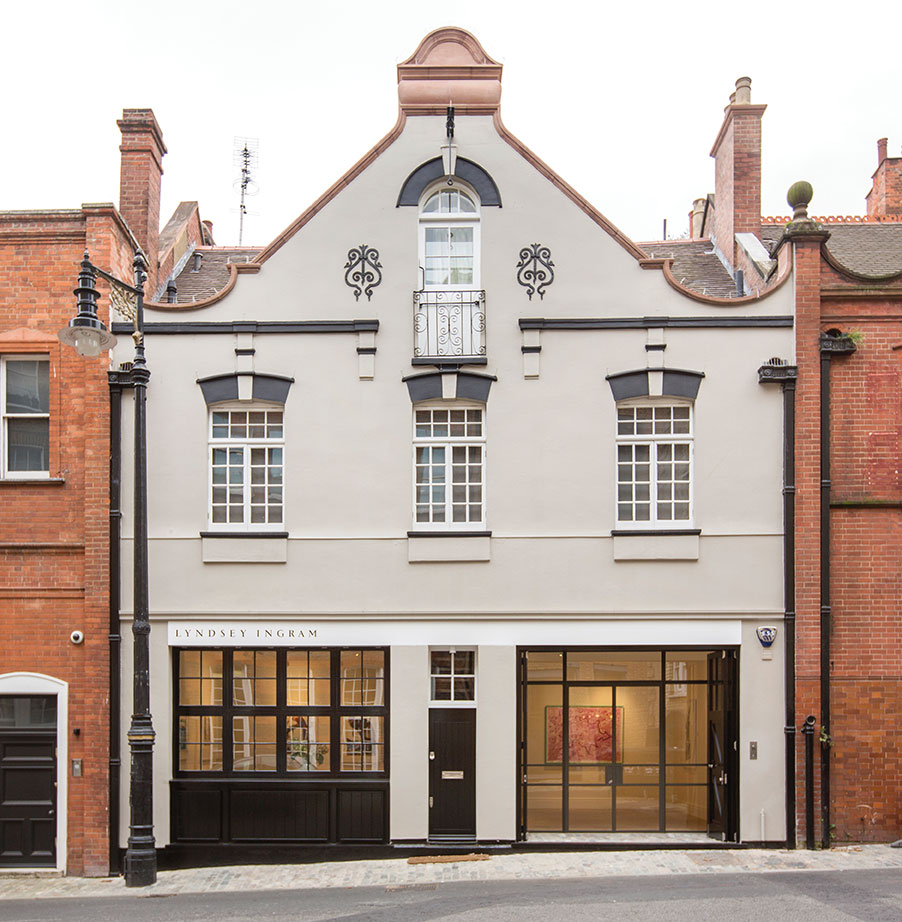 Exterior of the Lyndsey Ingram Gallery

In turn, she has opened her doors to rising seniors, including Ellie Dolan ’18, who interned with Ingram in the summer of 2017, doing everything from packaging art to social media outreach. “I learned about being in the art world and what it takes—the business ethics behind it—while gathering an appreciation for the art Lyndsey sells,” says Dolan. Ingram’s relentless positivity made an impression on Dolan. “When you love what you do, it makes for a great gallery,” she says. Seeing that passion years ago, Sotheby’s hired Ingram back the summer before her senior year. After graduation she joined Sotheby’s full time for a few years before taking a director position at Sims Reed, a prominent print gallery in London, where she stayed for more than a dozen years.

At Ingram’s new gallery she deals in museum-quality post-war and contemporary prints and works on paper, mainly by British and American artists, including David Hockney, Andy Warhol, Ellsworth Kelly, and Bridget Riley. Ingram has cultivated a love of, and expertise in, prints. It’s a powerful medium, she says, and often misunderstood. “People think these are posters or reproductions because of the nature of the way they’re made, and somehow inferior because they’re in multiple,” she says. But they are often an artist’s most compelling original work. “It’s an interesting niche place in the market, because we get to work with all the best artists, [and] we get to educate people. The price point is more accessible, so you get to see more pictures go home, be in people’s houses and in their lives, and enjoyed,” says Ingram.

In addition to drawing global collectors to her gallery, Ingram travels to art shows internationally and holds a handful of exhibitions per year. This spring, collage artist Jane Hammond ’72 will be showing at Ingram’s gallery. She will offer fourteen complex pieces drawn from several methodologies of printmaking, including hand-painted elements, graphic reproductions, and photographs. Hammond brings them together from a multitude of sources. “The project becomes, ‘Can I get these things to unify to the retina and to sing in a certain way?’” she says. The result is a stunning tapestry of different natural “arrangements” depicted in various vessels, including mosque lamps, champagne buckets, and Japanese ceramic. 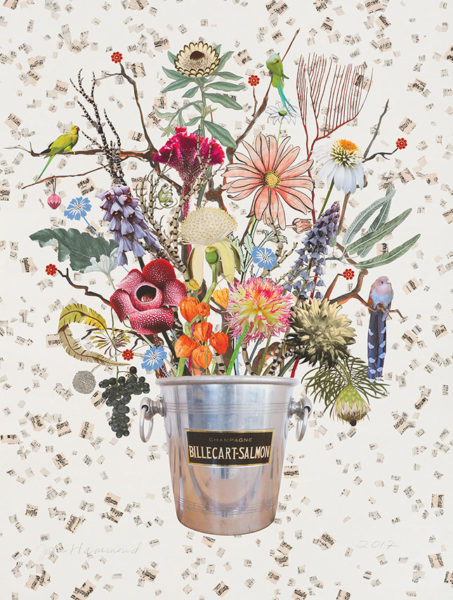 Ingram was drawn to Hammond’s work in New York years ago, and it was only later they realized they had Mount Holyoke in common. It’s their second time working together in the past few years, and Hammond, whose work already has graced fifteen European shows, is excited. “Lyndsey has a kind of infectious appreciation of art and a great charismatic—but genuine—ability to communicate to others how much she loves it. When you’re around her, she’s really warm and positive,” Hammond says.

In running a high-end gallery, Ingram draws on her education and experience, even summers spent selling T-shirts on a wharf in Newport, Rhode Island. “There are lots of fundamentals that carry through, and I’m grateful for those jobs I had as a teenager because I do think I learned things that are really still relevant to me now, like a good work ethic, and how to be public-facing,” she says.

Despite the mystique around having a career in the arts, Ingram says it is entirely possible. “You can make a living in this industry just as much as you can anywhere else, but you have to be passionate about it and be prepared to do a lot of grunt work. . . . You just need to work hard and be committed, and there’s every reason to believe you can have a meaningful life and career.”

This article appeared as “Compelling Art Work” in the spring 2018 issue of the Alumnae Quarterly.