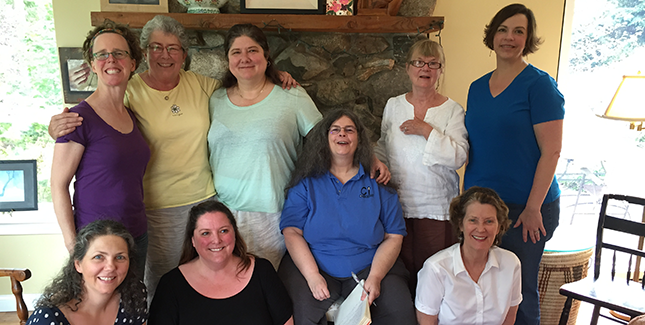 In January 2013 Emily Dietrich ’85 started a writers’ group open to members of the Mount Holyoke Club of Puget Sound, in Washington state. The group, which was first suggested by then-president Lisa Tompkins ’82, offers alumnae the opportunity to get together and share their interest in the written word.

“When you are this far away from Mount Holyoke, it’s really meaningful for recent graduates to see the connection with the College can last your whole life,” says Dietrich.

The writers’ group began modestly, with a handful of members meeting every other week to share a bit about their lives, receive feedback on personal writing projects, or use the time to write.

“What we all have in common is a willingness to be supportive and find a way to give feedback that we can trust. There’s so much understood [among us], and ultimately it has made it so we can take more risks and be really supportive of each other,” says Dietrich.

When you are this far away from Mount Holyoke, it’s really meaningful for recent graduates to see the connection with the College can last your whole life.
Emily Dietrich ’85

For some time the group discussed publishing a collection of their work, but members had trouble settling on a theme. After learning about a program at the Emily Dickinson Museum in Amherst, Massachusetts, about how Emily Dickinson, class of 1849, had hand sewn her poems into fascicles, Dietrich became inspired. The group selected Dickinson’s “Experience is the Angled Road” and held an “intense” three-hour seminar examining the poem. From there, each member went on to write or select from their existing work a piece that best represented Dickinson’s themes of growth and change. Participants shared their pieces aloud, received feedback from one another, and even started a blog detailing their writing processes.

In April 2016, with layout and production help from Dietrich’s husband and cover art by Krista Lee Johnson ’85, The Angled Road was published.

“We have a huge variety of age, genre, and experience [within the group],” says Dietrich, who describes The Angled Road as a collection of poetry, essays, short stories, and historical pieces, most of which recall the unique personal experiences of the women who contributed to the effort.

For Dietrich and the rest of the group, the production of The Angled Road has brought forth literary opportunities, ones that they never anticipated, including an invitation to the University of Washington’s Emily Dickinson event, being selected as panelists for Indie Author Day at a public library, and hosting a poetry reading.

“The opportunities and the way the book has turned out have astonished us,” says Dietrich. “We can hardly believe this has been happening for us. And we still have fun and enjoy each other.”

To learn more or to purchase a copy of The Angled Road, visit mhcpugetsoundwriters.com. 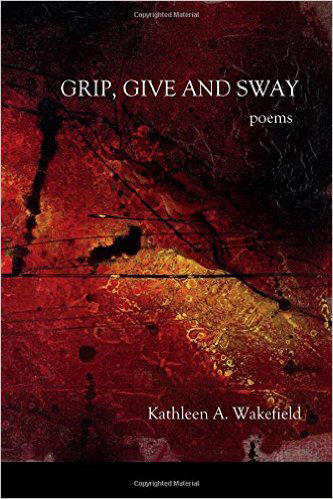 Grip, Give and Sway

Grip, Give and Sway is a 104-page poetry collection examining the resiliency of the human spirit, detailing close observations of the natural world, and focusing on eternal questions surrounding love, family, doubt, and loss.

Kathleen Wakefield ’76 is the author of Notations on the Visible World, winner of the 1999 Anhinga Prize for Poetry and recipient of the University of Rochester Lillian Fairchild Award. She has received grants from the New York State Foundation for the Arts, the Constance Saltonstall Foundation, and Mount Holyoke College. She taught creative writing at the Eastman School of Music and the University of Rochester. 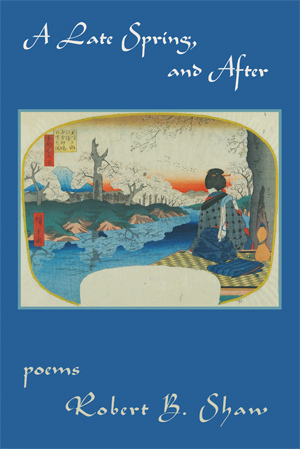 A Late Spring, and After

In this book of poetry Shaw explores the depths of experience, childhood, and memory of his midwestern roots. The heart of the book is a series of meditations on his wife’s illness, passing, and what remains after—the vivid memories of time well spent.

Robert B. Shaw, retired Mount Holyoke College Emily Dickinson Professor of English, is the author of six books of poetry, including Aromatics, which was co-winner of the Poets’ Prize. For his prose work Blank Verse: A Guide to Its History and Use he received the Robert Fitzgerald Award. 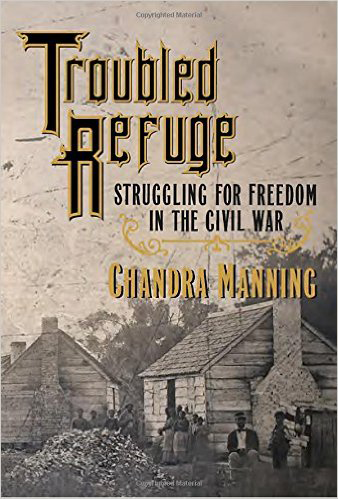 Drawing on records of the Union and Confederate armies, the letters and diaries of soldiers, and transcribed testimonies of former slaves Troubled Refuge allows readers to accompany the black men, women, and children who sought out the Union army in hopes of achieving autonomy for themselves and their communities. Manning probes the particular and deeply significant reality of the contraband camps: what they were really like and how former slaves and Union soldiers warily united there, forging a dramatically new but highly imperfect alliance between the government and African Americans. 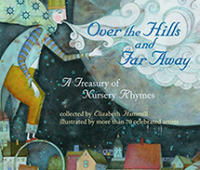 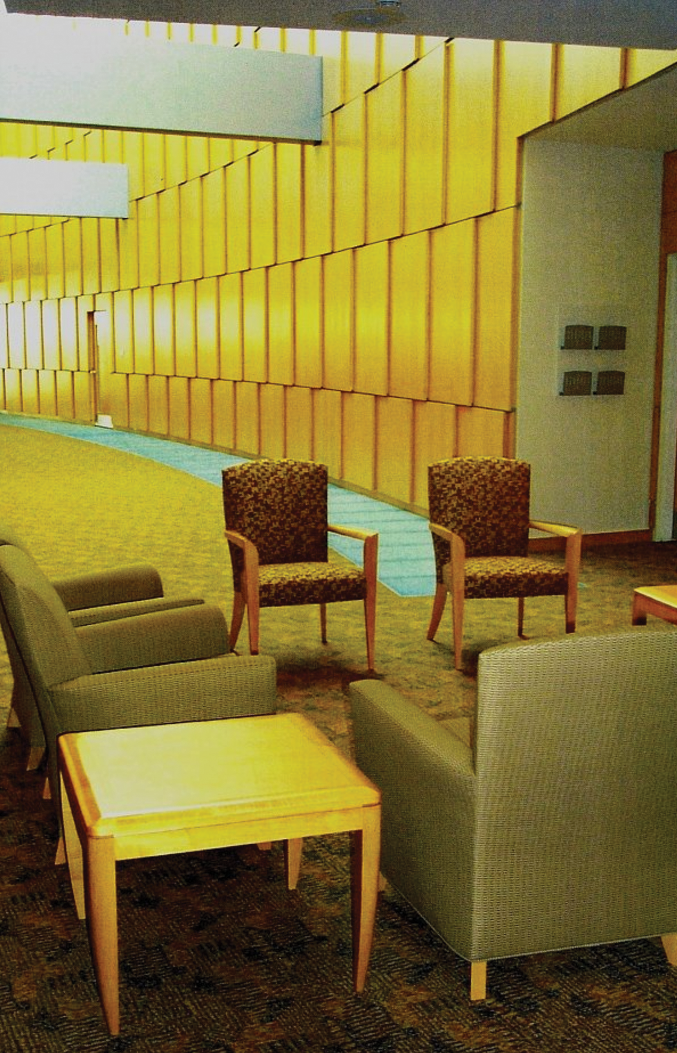 After spending her junior year of college in Colorado and living in the Southwest for nineteen years, Janis Luedke ’76 began the process of committing to a career in interior design. Inspired by elements in her environment—light, mountains, the sky—and using materials that are sustainable and recyclable, Luedke strives to intertwine nature and sustainability for her clients and the spaces she creates. “My focus is specifically on creating warm and inviting environments, bringing nature indoors using elements such as color, texture, art, lighting, etc. Thus my tagline—‘Interior Design & Art for Sustainable & Healing Environments,’” she says. “Beyond that, color is my life.”

At Mount Holyoke, Luedke had the opportunity to develop her two passions: psychology and art. A major in psychology helped her to form an understanding of the way people think and behave. Luedke also took two courses in the art department, where she was able to explore her interest in painting. After graduating she held various jobs, until her passion for painting and creating led her to go back to school to get her degree in interior design. She says, “My love of color and texture led me to become an artist as well, and my creative expression has often spilled over from one medium to the other.” Forty years later—and after a move back to the East Coast a decade ago—she is making her dream a reality.

My love of color and texture led me to become an artist as well, and my creative expression has often spilled over from one medium to the other.
Janis Luedke ’76

Luedke has designed various spaces within health care and residential settings. Her designs and her influence can be found throughout Massachusetts at the Holyoke Health Center in Holyoke, Anna Jaques Hospital in Newburyport, Sydney Pacific Dormitory at MIT in Cambridge, and Massachusetts General Hospital and Brigham and Women’s Hospital, both in Boston. These spaces are all designed with the intention of being calming and stress-free environments—a goal realized in part through the use of natural elements and earth-friendly products.

Luedke credits her mother with instilling in her an interest in homey environments. In junior high, with the help of her mother, Luedke decorated her bedroom with bright fabrics and white wallpaper with yellow pinstripes. She became more interested in interior design at Mount Holyoke when she lived in South Mandelle and Brigham. She displayed a poster of Stonehenge at sunrise as well as plants, lamps, and welcoming and flowing textures in the form of draperies and tapestries. Her dorm, she says now, was a “microcosm of my current house.” Luedke has focused on designing her own home as a space where her love of color can shine. Students were not allowed to paint dorm room walls at Mount Holyoke, but Luedke has made up for that lack; the walls of her home are a colorful panorama of eleven different hues. To see pictures of her residence and more of her work, visit jalarts.com.