My Voice: Being Transgender at Mount Holyoke

At the State University of New York at Oneonta, I work with transgender and gender non-conforming college students. In addition to the typical anxieties of first-year students, these students often have added burdens, like dealing with verbal harassment or a lack of safety in bathrooms. My job is to advocate for them and provide resources, a safe space, and support.

When I entered Mount Holyoke as a first-year student in the fall of 2002, I experienced many typical feelings—uncertainty, homesickness, excitement—but I also carried a burden. I felt a discomfort interacting with the world—a feeling that I had a hard time defining or even talking about. Because while most of my peers were at ease with their assigned sex at birth, I was not. It was at Mount Holyoke that I began to explore how I might become more comfortable in my body. Now known as gender dysphoria, the term that defines my experience did not yet exist in popular discourse when I was an undergraduate.

At Mount Holyoke, I learned an ethic for approaching life.
— Elliot Ruggles ’06

I am so proud of my Mount Holyoke education—an experience that was a privilege to me. Yet, as a de facto man, I have reflected deeply about my position in this world as a Mount Holyoke alum and my place in general within feminist communities. Last summer, I traveled back to Mount Holyoke for the first time since beginning testosterone treatment and having “top surgery.” In other words, I returned to campus as someone perceived by the world as a man.

My most formative memories of being able to express my gender authentically happened at Mount Holyoke. Whether it was dating, dressing for a Drag Ball, or being able to speak my mind in class without fear of being seen as “too smart,” I had freedom in this community that I had not otherwise been granted. I came to know people at MHC with a diversity of gender expressions not represented in the Massachusetts suburbs where I grew up. Along with these interactions came a chance for me to imagine a different future for myself.  It wasn’t always easy. There were lots of questions about whether someone perceived as male could be a true feminist, and I did not always feel that there were spaces in my Mount Holyoke community to voice what I was going through.

But at MHC I learned an ethic for approaching life. I learned about social justice, critical thinking, feminist ideology, and how to listen to that little voice inside myself that helps me live an authentic and fulfilling life.

Expressing myself in a masculine way—beginning at college—made me feel as if a weight had been lifted. When people ask about my gender identity, I prefer to use the term transman or to define myself as a man with experience living in the world as a woman. But I also recognize that most people who meet me will never know that part of my history.

When I finally reconciled my decision to physically transition, I promised to embody what men can be in the world instead of what most men currently are. Now, as an academic, queer, and feminist community organizer and activist, I have dedicated my life’s work to combating misogyny, homophobia, and transphobia for all those affected by gender oppression. And I am proud to say that my alma mater is also actively engaged in this pursuit. 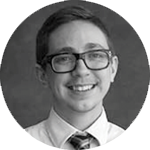