How America Can Shine as Other Powers Rise

How America Can Thrive as Others Powers Rise 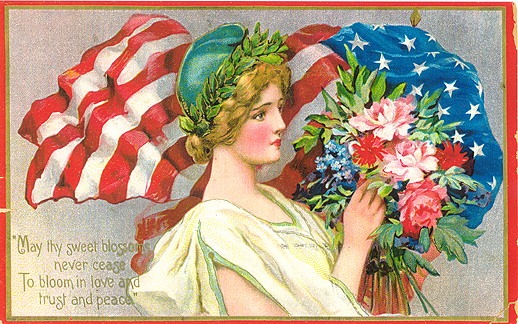 The rise of other global powers is most often posed as a sorry tale, full of threats to American primacy, prosperity, and way of life. The potential loss of our #1 status implies a blow to our safety, economy, and prestige.

But this is a rare moment in history—none of the world’s big powers is our adversary. The “pivotal powers”—China, Europe, India, Japan, and Russia—seek greater influence, but each also has an enormous stake in global stability and the world economy. As a result, they share our desire to combat the “rotten fruit” of globalization—terrorism, pandemic disease, the climate crisis, and nuclear proliferators like Iran and North Korea—which pose the  greatest threats to America’s way of life.

India is a key ally in tracking Pakistani extremist groups like the LeT (Lashkar-e-Taiba), which now targets the United States. A strong Chinese public health infrastructure is what stands between us and the next pandemic triggered on a rural farm in China. Russia is coleading an effort to keep nuclear technology out of terrorist hands. Some Americans owe their lives to Scotland Yard’s tracking of terror plots in the London suburbs. Japan is our model for reducing America’s carbon footprint. None is a direct military challenger. And while not all are liberal democracies as we might wish, neither are Russia or China aggressively promoting an alternate ideology, as during the Cold War.

Even economically, their growth creates new opportunities for American workers and consumers—and to the extent there are downsides, the prescription is often America’s alone to administer. Rising numbers of Indian and Chinese engineers and scientists is not bad for the United States. If an Indian researcher finds a cure for Alzheimer’s, that is great news for everyone. What is problematic is failing to educate our own children and letting our innovation lead slip—the very innovation that has been a key driver of US economic growth. And if we want to keep US jobs here at home, we need to fix our healthcare system so it is possible for an entrepreneur to leave her job to start the next Microsoft.

Washington should welcome the pivotal powers into a vigorous international order to share the burden of solving pressing global issues of peace, climate, health, and growth. The world order desperately needs retrofitting to address the problems of a globe that now has 150 nations, not the fifty we had at the end of World War II. We need to give the rising powers a seat at the table—and convince them to pay for the privilege. But we must build a table first. Amazingly, today there is no single venue for the world’s six biggest powers to come together as a group to discuss a shared agenda. The UN Security Council is missing Japan and India. The G-8 is missing India and China. The OECD [Organization for Economic Cooperation and Development] is missing India, Russia, and China.

Yet together with the United States, these six powers represent two-thirds of global GDP and half the world’s population. If we can chart a course together to tackle some of the critical problems facing us, we can move the needle in a meaningful way.

Will we have conflicts with these powers? Definitely. Some will be serious. And while America must be prepared for the possibility that a hostile superpower may one day emerge, it has to be careful not to turn a distant, uncertain threat into an immediate one. By and large, these powers want what we want: a stable world and better lives for their citizens. The avenue to a truly safer and more prosperous world runs through the pivotal powers. Together we can build a world where Americans will thrive, today and tomorrow, if we are brave enough to let them.

Former State Department diplomat Mona Sutphen ’89 is managing director at Stonebridge International, an international business strategy firm, and is coauthor, with Nina Hachigian, of The Next American Century: How the U.S. Can Thrive as Other Powers Rise. For more, visit nextamericancentury.com. This article appeared in the summer 2008 issue of the Alumnae Quarterly.