Life Revealed Through a Lens 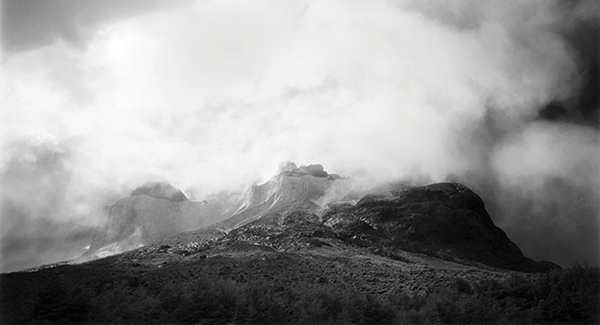 Photographer Ann Ginsburgh Hofkin ’65 has mastered the art of slowing down, pausing to appreciate moments in life. In her thirty-eight years behind the camera, she has relished finding beauty and inspiration in the mundane, choosing seemingly basic subjects—like clouds, rivers, and trees—to transport her to a surreal and magical state. Using infrared film, her photographs capture both the visible spectrum and the light that lies beyond what the human eye can comprehend, resulting in moody, mysterious images that challenge perception.

A philosophy major at Mount Holyoke, Hofkin never entertained the idea of becoming a photographer until she came across the work of Ansel Adams, Edward Weston, and Diane Arbus in 1976. She soon enrolled in the Ansel Adams Workshop at Yosemite National Park, where the first inklings of her style emerged after she was encouraged to truly look at and interpret her surroundings.

I have rarely felt inhibited when striving to accomplish anything simply because I am a woman.
Ann Ginsburgh Hofkin ’65

In addition to six solo exhibitions in Israel, Hofkin’s work has been featured in the Mount Holyoke College Art Museum (in 2004), Weill Art Gallery in New York City, Sande Webster Gallery in Philadelphia, and Nina Bliese Gallery in Minneapolis among others. This past summer, she was one of twenty-five artists whose work was displayed at the Jewish Artists’ Laboratory Exhibit, which showcased the exploration of light through unconventional study.In 2001 Hofkin traveled to Israel as part of a cultural arts exchange and worked collaboratively with an artist from the Kinneret region. Together they explored and considered the historical significance of the local landscape, which led to the creation of a permanent installation at the Poriya Government Hospital near Tiberias. Since then, she’s made many trips back, each visit producing an increasing feeling of being home. Her photographs from Israel reflect a spiritual awakening and passion for pro-Israel advocacy that informs and enriches her life.

Hofkin attributes her ability to tackle projects with confidence and enthusiasm to her four years spent with remarkable professors and classmates at MHC. “I have rarely felt inhibited when striving to accomplish anything simply because I am a woman,” says Hofkin. She also cites her late mother, Fruma Winer Ginsburgh ’45, who was an obstetrician and gynecologist, as an important role model in having the courage to pursue her goals. 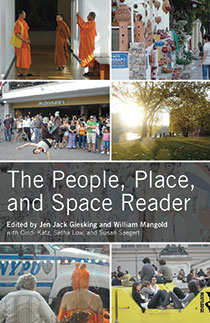 The People, Place, and Space Reader

The People, Place, and Space Reader brings together scholarly writings from a variety of fields to make sense of the ways we shape and inhabit our world. With a companion website, peopleplacespace.org, it is a resource for students of urban studies, geography, design, and sociology, and for anyone with an interest in the environment.

Jen Jack Gieseking ’99 is a cultural geographer and postdoctoral fellow in digital and computational studies at Bowdoin College. S/he is writing her second book, Queer New York: Constellating Geographies of Lesbians’ and Queer Women’s In/Justice in New York City, 1983-2008, which is the first lesbian and queer history of the city. 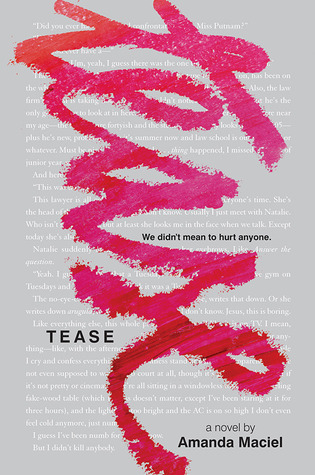 A coming-of-age novel for young adults about a teenage girl who faces criminal charges for bullying after a classmate commits suicide. In the summer before her senior year, in between meetings with lawyers and a court-recommended therapist, Sara is forced to reflect on the events that resulted in her classmate Emma’s death—and ultimately consider her own role in an undeniable tragedy.

Amanda Maciel ’00 has worked in book publishing since graduating from Mount Holyoke College and is currently a senior editor at Scholastic. Tease is her first novel and was named an IndieBound Indie Next List winner. 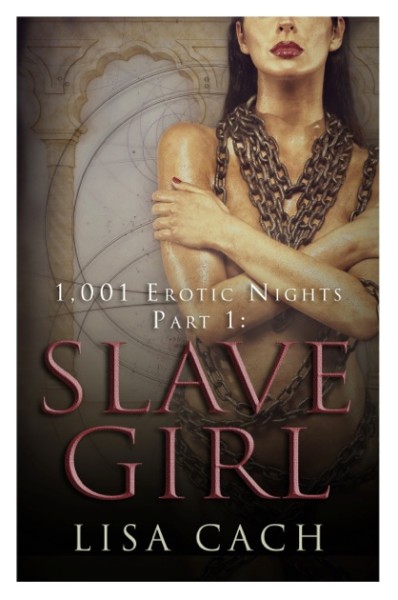 Lisa Cach ’89 is a national bestselling, award-winning author of more than a dozen books, including Have Glass Slippers, Will Travel. Her novel Dating Without Novocaine was named one of Waldenbooks’ “Best Books of 2002,” and she is a two-time finalist for the RITA Award from the Romance Writers of America. 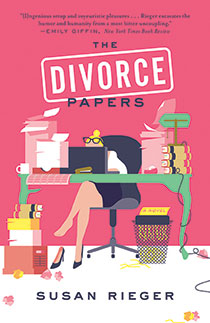 When her firm’s divorce attorneys are unavailable, criminal law associate Sophie Diehl finds herself handling an intake interview for the daughter of one of its biggest clients, who insists Sophie go on to represent her. This modern-day epistolary novel tells the story of a contentious divorce entirely through emails, letters, memoranda, New Year’s cards, newspaper articles, interviews, cases, and laws.

Susan Rieger ’68 was trained as a lawyer and has been a teacher of law, a college dean at Yale, an associate professor at Columbia, and a freelance journalist. The Divorce Papers is her first novel.

Thinking on Her Feet

Though comedy is not her official job, Kelly Buttermore ’03 spends five days a week at the Magnet Theater, a well-known comedy club in New York City. She performs in sketch comedy and improv shows and teaches introductory-level improvisational comedy there.

“I was sort of obsessed with Saturday Night Live in college,” Buttermore says. She had ambitions of writing for the show and tried her hand at the SNL style when she took on Junior Show as head writer. The show was called Juniors at Play, a spoof of the Blanchard renovation during that time.

When she learned that most SNL greats had roots in improv, Buttermore began to consider taking classes as a path to her dream job. The summer before her senior year at Mount Holyoke, she was a research intern at the Museum of Television & Radio, now Paley Center for Media, in New York City. During her free time, though, Buttermore frequented the Upright Citizens Brigade Theatre (UCBT), admiring female comedians including Amy Poehler, Tina Fey, and Rachel Dratch.

After graduating Buttermore took improv classes, first at UCBT and then, following her teacher Armando Diaz, at the Magnet Theater, which offers a variety of comedy shows and classes such as long-form improv, scripted sketch comedy, and musical improv.

I was sort of obsessed with Saturday Night Live in college.
—Kelly Buttermore ’03

Continuing her passion for history-infused comedy, Buttermore and fellow improv writer/performer Justin Peters cowrote their own history-themed show, premiering it as the duo From Justin to Kelly at the Magnet in October. And for the past two-and-a-half years, she has performed with an eight-person improv team called Horses.Though taking improv classes was originally a way for Buttermore to reach the writer’s table, she became passionate about performance itself. In 2005 she met fellow improv comedian Greg Wilker, and they hit it off. Buttermore, a history major in college, discovered that Wilker was a history teacher. They teamed up to create and perform several history-themed sketch shows, including “Kelly Buttermore and Greg Wilker Present: 1776,” which they performed at the Magnet in 2011.

Last winter Buttermore joined the teaching staff at the Magnet as a Level One instructor, teaching the fundamentals of improv. She is also a contributing writer for Reductress, an online women’s magazine that puts a satirical spin on publications like Cosmopolitan and Glamour.

Buttermore is currently grants coordinator for the American Council of Learned Societies, though admits she still has Tina Fey-esque aspirations. “That’d be great,” she says, “but right now I’m happy with what I’m doing. . . . I get to do what I love to do, and not everybody can say that.”

» Watch a video of Buttermore.