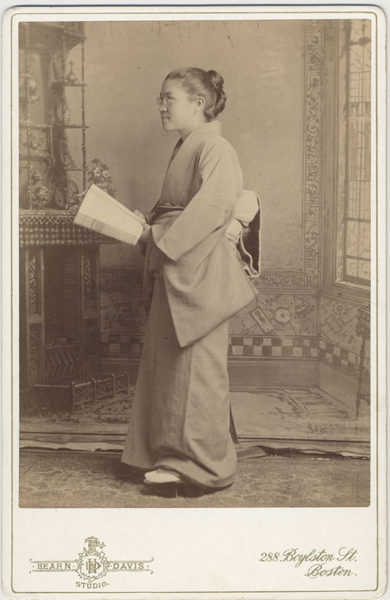 Undated photo, likely taken in 1892 or 1893 with inscription on the back reading, “T Miyagawa Kobe Girls’ School Kobe Japan.” Photo courtesy of Archives and Special Collections

In 1890 Toshi Miyagawa arrived in South Hadley after a long journey from Japan. The first international student to enroll at Mount Holyoke from outside North America, Miyagawa was one of the last graduates to receive a degree from Mount Holyoke Seminary. Just months after she was awarded a degree in 1893, the institution formally became Mount Holyoke College, after having been given a charter in 1888.

When she first enrolled in the literary course of study, one of the three offered at the Seminary, Miyagawa had already worked as a teacher for five years in Japan. Having been born in China and lived with her birth parents, then with foster parents, and later adopted by a Japanese man, Miyagawa already had lived a life full of transitions and change when she arrived on campus. 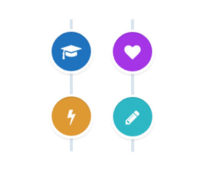 Timeline of a Life

Miyagawa’s attendance at Mount Holyoke had been the vision of her foster mother, Emily Gulick, who had visited the College in 1872 and immediately hoped that her foster daughter, at that time called Martha, would attend the school. Just eighteen years later, and many years after Emily had passed away, she enrolled at Mount Holyoke as Toshi Miyagawa, having been renamed by her adoptive father.

Upon graduation on June 22, 1893, Miyagawa traveled in the United States before returning to Japan and to her teaching career, joining the faculty of Kobe College. While she never came back to the College as an alumna, she stayed engaged with her classmates through letters, many of which are housed in the College’s Archives and Special Collections. Due to her failing eyesight, Miyagawa’s husband, Rev. Yoshimichi Hirata, whom she married in 1899, and their children read the letters she received aloud, and they transcribed her responses. In one letter, Miyagawa wrote, “Don’t you wish that ‘the glorious ’93’ could gather once more in that old lecture hall and fight our battles o’er again? You do not know how your letters make me wish we were all together again at Mount Holyoke and digging again, though the gold lay deep in the mountain.”

This article appeared as “A Transcendent Journey” in the spring 2018 issue of the Alumnae Quarterly.