Then and Now: Vespers 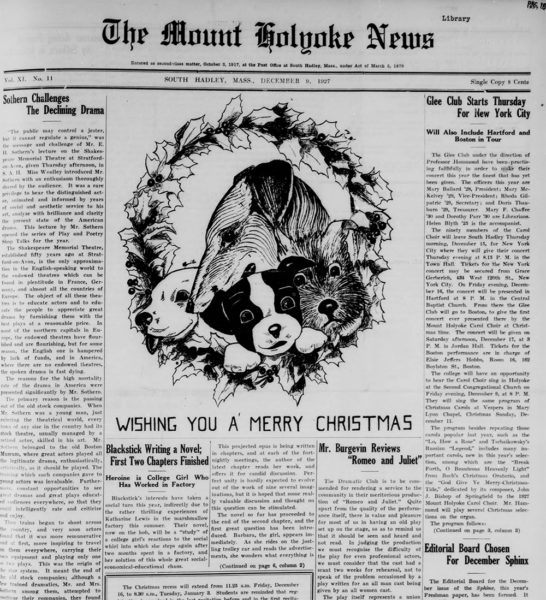 In 1920 and 1921 Mount Holyoke singers traveled to New York City to perform at Aeolian Hall, a concert hall in midtown Manhattan. The concerts were specifically planned as part of a fundraising effort to raise money for the College’s endowment. In 1925, choral director William Churchill Hammond brought the Glee Club to Town Hall in New York City to perform a Christmas Concert for the first time. On Thursday, December 15, 1927, 90 students who were selected to join the Mount Holyoke Carol Choir sang medieval Christmas chants, old European folk songs, some modern adaptations and carols — in a performance referred to as Vespers for the first time.

All proceeds from the concert tickets went to covering expenses for running the New York City Alumnae Club. 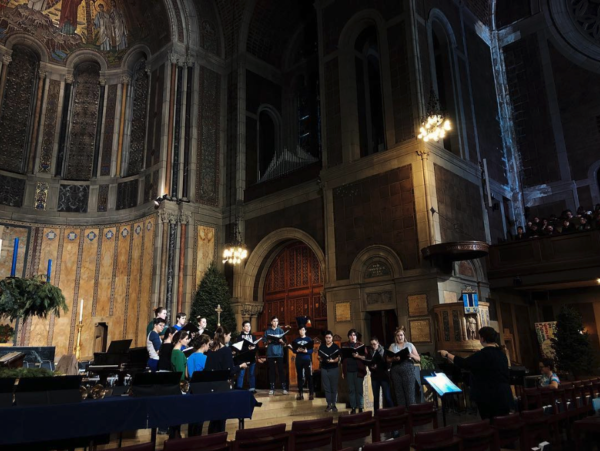 Today, in addition to the annual on-campus performances, Vespers alternates between Boston and New York City each year — a change that began in 1996. On Friday, December 7, 2018, the 81st New York City Vespers was held at St. Bartholomew’s Church in New York City with special guest President Sonya Stephens. The Glee Club, Choral and Chamber Singers, Vocal and Chamber Jazz Ensembles, English Handbell Ensemble and the Flute Choir all perform in the concert. The Vespers program includes songs from a variety of religious traditions. This year’s theme was “On a Winter’s Night,” and music selections included images of stars, dreams, memories and the magic and wonder of the season, including a rendition of “I See the Light” from Disney’s “Tangled,” performed by the Flute Choir. Proceeds from ticket sales go toward a tuition scholarship fund for Mount Holyoke students from New York City.

This article appeared as “Vespers” in the winter 2019 issue of the Alumnae Quarterly.