Where Did All My Friends Go? 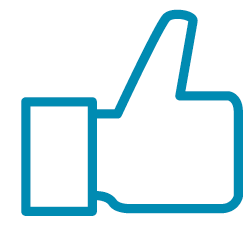 Loneliness wasn’t a feeling to which Ariel Markowitz- Shulman ’10 was accustomed. She’d lucked out in her first year at Mount Holyoke, hitting it off with her roommate Meng Lu ’10, bonding with all the other women on her floor in Prospect Hall, and gaining “fifty instant best friends” by joining the Glee Club. Not once in her four years of college did she feel alone. But there she was after graduation, living with her parents back home in Washington, DC, missing her friends, and dealing with the loss of her beloved “Moho community.” “I wasn’t prepared for the rebuilding that needs to happen after graduation,” she says. “I wasn’t ready to lose having a friend down the hall. I wasn’t ready to figure out how to create a community on my own.” So, for the first year after commencement, she and her MHC friends were constantly in touch, sending old-fashioned snail mail to one another, posting updates on a blog they’d created, and, of course, using Facebook. Then, about a year ago, Markowitz-Shulman finally got a job she liked, as a research technician at Children’s National Medical Center. She joined a choir for young professionals. And she began volunteering at a local hospital. “They aren’t the same as my Moho friends,” she says, “but I have met some wonderful new people through these activities that bring a lot of joy and value to my everyday life.” These days Markowitz-Shulman and her MHC friends talk less frequently, but their bond is as strong as ever. “They’re still very important people in my life, and I don’t think that’s ever going to change,” she says. “But the difference is that we finally created lives and strengths of our own.”

Many MHC students feel a strong sense of community while they’re on campus. But after commencement, when they’re coping with jobs and grad schools and in many cases being truly on their own for the first time in their lives, the unnerving realization hits that the support system they built over the past four years is suddenly scattered across the country and around the world. Even with today’s communication technology, and reunions every five years, it’s hard to recreate that network after leaving the dorm for good.

For the newest grads, living with MHC friends can help ease the transition to post-college life. Elizabeth Bernal ’11 is living near Boston with classmates Sarah Baughman, Emily Carol, Sarah Patches, and Cleo Schneider. The decision to live as a group after graduation was a no-brainer for the friends, who spent four years together on the MHC crew team. “It’s just so comfortable to have everyone in the house be not only Mount Holyoke grads but also former teammates,” says Bernal, a coxswain. “It’s like coming home to your family.” Not that she and her housemates aren’t eager to expand their social circles; quite the opposite. They introduce one another to their coworkers at after-work parties, attend events for young professionals in the Boston area, go to evening lectures, and participate in MHC’s Boston alumnae club. Bernal also joined a rowing club, which, experience tells her, is a great way to meet people. “Everyone our age is craving new connections,” she says. 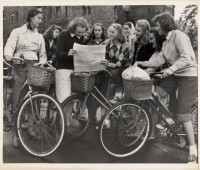 Feeling daunted by the prospect of creating a new community after commencement? The Alumnae Association is here to help.
read more...

Show Me the Ropes

Priyanjali Ghosh ’09 also lived in Boston with a quartet of MHC friends. She’s since moved on, as most alums will eventually do—in her case, to UMass–Worcester for a PhD program in biomedical sciences. Ghosh and her friends—Kathryn Kinzel, Mai Nitta, Kate Hanson Plass, and Lindsey Poole, all class of ’08— were all EMTs in college. After graduation they ended up living together, in Cambridge, as well as working together, at Massachusetts General Hospital. That much togetherness wasn’t always a good thing. “Life after college became an extension of college,” Ghosh says. “The conversations were the same, and what we did when we hung out in college was pretty much the same thing we were doing in Boston.” On the other hand, because her friends had graduated and moved to Beantown a year ahead of her, the arrangement had its advantages. “Having friends who were already in the city and had already lived the so-called ‘real life’ really helped me adjust to life outside college,” she says. “The simple things you don’t think about when you’re in college— car insurance, dry cleaning, grocery shopping—they had already been through that. So they kind of held my hand and showed me the ropes, and that was very helpful.”

No Sex on the Sofa

Daina Agee ’07, who now lives in Taipei, where she teaches, says a shared commitment to community building is the secret to a successful group house. Agee and Meg Massey ’08 were among six women from various alma maters who spent two and a half years living in Washington, DC, at a house they called The Homestead. “At the heart of our house was the idea of living in community, not just as housemates,” Agee says. Traditions like women’s beer nights, potluck dinners, and after-work barbecues bolstered the housemates’ sense of community, as did formal rules about everything from chores to communication. Sex on the couch wasn’t allowed (“It sounds ridiculous, but you’ve got to talk about these things”), and passiveaggressive behavior was especially verboten. “If you had a big problem, you needed to grow a spine and appear in the kitchen or dining room and find a way to talk about it,” Agee says.

Those who go it alone after graduation answer only to themselves. Elise Hale-Case ’09 both lives and works by herself. She has no roommates, and she’s the only paid employee at the food bank she runs in Seattle. With her closest college friends all in New York City, she’s struggled to create a new network for herself. “It’s really hard to make community outside of Mount Holyoke,” she says. “Ours is a generation that uses technology to connect with people online, and often it’s easier to do that nowadays than to meet people face-to-face.” Still, she’s found at least one way to use technology to her advantage. She subscribes to the email lists of her local MHC alumnae club and something called the Unofficial Seven Sisters Club, and has attended social events sponsored by both groups, including a happy hour and a pub night. And, perhaps most importantly for the alumna who established MHC’s Ultimate Frisbee team, she plays on a women’s Ultimate team in Seattle. “That’s a really good community for me,” she says.

Emily Wagner ’08 likewise tapped into her college passions when it came time to build herself a new community after commencement. A tuba player in her first and second years at Mount Holyoke, she dusted off her instrument when she moved to Washington, DC, and joined a five-piece rock band called Milkmachine. “I play in this band entirely for fun,” she says, “and much like the close friends I made in MHC’s orchestra, I’ve grown really close to the guys I play with.” Wagner, who has a day job with the Pew Charitable Trusts, also writes for a food zine called the Runcible Spoon, drawing on her journalistic days as publisher of the Mount Holyoke News. And she started a Tumblr blog, You’re Fine, with MHC friend Natasha Sokol ’08. “I’m always trying to think of ways to bring my Mount Holyoke community into my regular life,” she says. “It’s sort of the backdrop for everything.”

If all else fails in an alumna’s quest for new community, she can always go back to Mount Holyoke. Really. That’s what Emilie Heidel ’10 is doing in September, when she returns to campus to enroll in the College’s postbaccalaureate prehealth program. Heidel spent her first year after graduation in New York City, earning a master’s at Teachers College, Columbia University, and her second year in Georgia, living with her cancer-stricken father, who died in January. Her latest move represents a new beginning, she says. “I know it’s going to be an extremely different situation this time around. I’m not going to be living on campus. I’m not going to have the same group of friends. I’m not going to be doing the same things. But ever since my first year at Mount Holyoke I had this dream of graduating and then settling down somewhere right around the corner. So the idea of going back there is really exciting for me. And it’s not going back to an earlier time in my life, it’s going back to a place that I love and moving forward.”

This article appeared in the summer 2012 issue of the Alumnae Quarterly.

We asked alums who graduated within the past five years to share some tips from the trenches. Click here for their advice and please add what you have lived and learned.