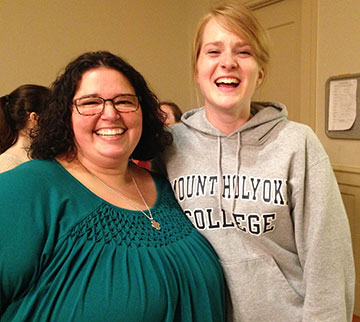 Late on May 1—the first day of final exams—a line of hungry Mount Holyoke students assembled at the All Saints’ Episcopal Church in South Hadley for a late-night breakfast, a cheerful respite from studying. From 10:00 p.m. to 1:00 a.m., volunteers from the parish served pancakes, sausage, fruit, coffee, and juice.

Reverend Tanya Wallace ’94 began organizing these breakfasts in December 2011 as a way to inspire meaningful connections between her alma mater and her church. “We wanted to reach out and show hospitality and care to our neighbors during a stressful time,” she says.

Since the initial breakfast, Wallace has hosted a breakfast at the church at the end of every semester. Last semester more than a quarter of the entire student body—597 undergraduates—participated, enjoying not only a meal but also taking the time to relax and connect with members of the greater campus community. 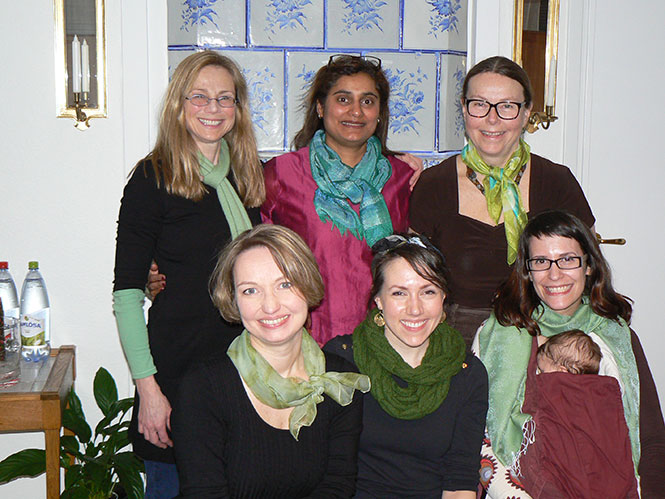 After a long winter, alumnae from Stockholm, Sweden, met in early spring for a “green scarf party,” a social gathering designed to support peace and change worldwide. 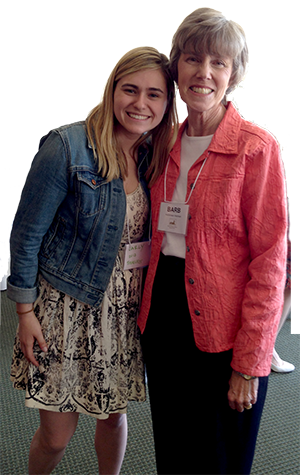 In early April, eight alumnae from the class of 1967 and more than fifty students from the class of 2017 gathered in Willits-Hallowell for tea and discussion. Organized by 1967 classmates Joyce Kling and Joanna MacWilliams Jones and first-year Juliet Martone, the event was the first of several get-togethers the two classes hope to enjoy over the next few years.

Offering the current students a peek into the past, the class of 1967 gave a formal tea service—including a full demonstration of the etiquette and steps for properly serving and stirring tea—a common tradition from their time at the College. As they enjoyed their tea, students—eager to learn more about the political and social environment of the College during the sixties—asked about the Civil Rights Movement and the sexual revolution as well as the role of Mount Holyoke’s house mothers and favorite buildings on campus. As the afternoon drew to a close, the class of 1967 gifted the first years with their own tea set, perhaps something to pass on to their own granddaughter class, fifty years from now.