Barbara Cellana Bernard ’48 on Working for a Full Life 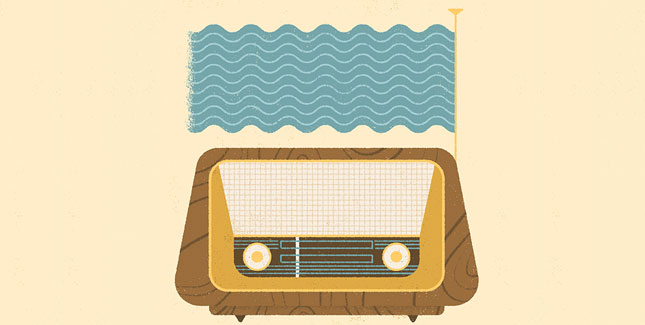 With the exception of my mother, everyone in my family died young. This is the only reason I can fathom why I have always tried to pack so much living into the few years I thought I’d have. I am now 90 ½, and in retrospect I am delighted I was fooled, because oh my, what a ride it has been!

There was no question that as an only child of an immigrant laborer and a stay-at-home mother that I would go to college. No one had to convince me. I loved learning, still do, and I am still grateful that when my young father’s sudden death during my freshman year meant the end of an income for my mother and me, Mount Holyoke found a way for me to remain in college.

In those days yearly tuition and board was $1,400. And that $1,400 seemed impossible. I received a $200 scholarship from my hometown of North Adams, Massachusetts, and was eligible for a full-tuition scholarship. To earn the rest, I took on loans and three campus jobs. I also typed term papers, ironed blouses, and wrote children’s stories.

As a nursery school teacher, my first job following graduation, I was interviewed on a Pittsfield radio station. The host asked about the children’s stories I had published. The owner of a local music store who was about to open a children’s record division heard me, and soon I was hosting The Barbara Bernard Story Hour on Saturday mornings. This led to The Barbara Bernard Amateur Hour, another children’s show, and The Barbara Bernard Women’s Show, both sponsored by local businesses. I was busy, and I loved it. At the end of two years I had earned and saved enough money not just to repay my loans but to help my husband buy a business. This made it necessary to give up my jobs and move to Holyoke. I hated leaving where I had been so happy, but I was ready to tackle life in Holyoke with enthusiasm. After all, I had gone to college just across the river.

Attending MHC in the 1940s meant knowing we could have any career.

I had not been in Holyoke a full week when I received a call asking if I would do a radio program, It Happened in Your Own Backyard. Soon I was hosting a daily live women’s television show, The Barbara Bernard Show. I interviewed the top entertainment talent as well as local residents and politicians. When John F. Kennedy ran for the Massachusetts senate seat against longtime incumbent Henry Cabot Lodge Jr., he was a guest on my show. When he ran for the presidency, his mother and sisters were guests.

I still write a personal perspective column for the Springfield Republican, and I continue my freelance work, writing captions for food and fashion photographs for public relations and advertising firms in New York. I love working, nurturing my family, and being involved in the community. I established an endowment at Mount Holyoke, and when I receive thank-you notes from recipients of the interest this endowment annually creates, I remember what it was like to walk in the shoes these students wear now.

I believe strongly in working, keeping busy, and remembering that sometimes it is pure luck to be active and happy. I also know that sometimes you have to work for it. I’ve had success and happiness both ways, and I owe a debt of gratitude to a family who knew education was vital and to Mount Holyoke for providing it.

Barbara Cellana Bernard ’48 lives in Holyoke, Massachusetts, and was the 2017 recipient of the William G. Dwight Distinguished Service to Holyoke Award. In addition to her long career in journalism she was the founder, in 1950, of the Holyoke Golden Age Club, the first independent club of its kind for seniors in the United States.

This article appeared as “A Working Life” in the winter 2018 issue of the Alumnae Quarterly.