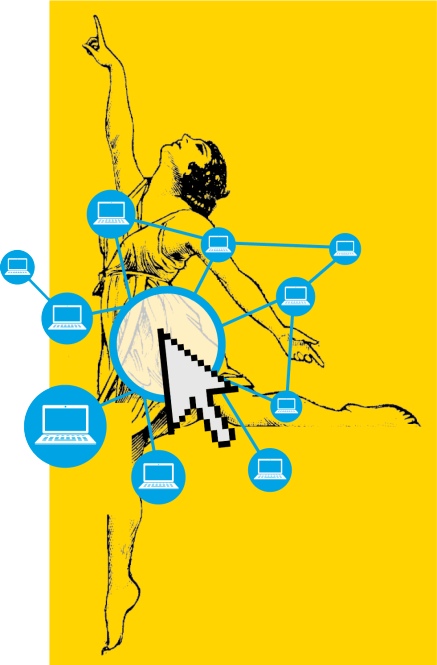 Last fall when chair of the dance department Rose Marie Flachs reached out to Mount Holyoke dance alumnae asking for news and updates, she received almost thirty responses from graduates around the world. Yet, it was her husband and fellow MHC dance professor, Charles Flachs, who took a special interest in the accomplishments of one alumna in particular:

Lucy Albert Bermingham ’74, an associate professor at St. John’s University in New York City. After completing a degree in dance at Mount Holyoke, Bermingham earned a master’s degree in dance studies from the City University of London. Since then she’s done everything from choreographing more than a dozen musicals to owning a dance shop in New Jersey to writing the children’s book The Rascally Reality of Rosie B. Aside from her illustrious and wide-ranging career, Flachs noticed that Bermingham currently teaches History of Dance, a course similar to one that he’s been teaching for the past eighteen years at the College, Studies in Dance History. While the similarity was intriguing, the fact that Bermingham teaches her course completely online is the detail that piqued Flachs’s interest. In recent years Flachs had been struggling to initiate lively dialogue in his class due to time constraints. When Flachs learned that Bermingham was adept at facilitating online discussion he approached her about collaboration, hoping to add a new component to his own curriculum.

Bermingham was happy to lend her expertise, and since mid-January she has been facilitating the online discussion portion of the class. Each week, she and Flachs choose an article for students to read, and together they craft several pertinent discussion questions that they post in the class’s online forum space. There, students are expected not only to post their responses but also are required to respond to the thoughts of at least two of their classmates. Participation in this online forum accounts for 25 percent of their final grade.

“I find that students are so used to using social media to express themselves that this is a logical transition for them,” Bermingham says. “They are more comfortable in this cyber-setting and express themselves beautifully.” Flachs agrees, noting, “It has been a wonderful vehicle to allow a whole new means of communi-cation that carries on outside—and in some ways independent of—the classroom.”