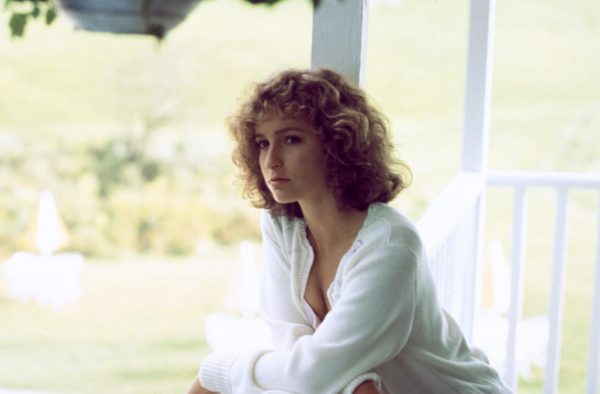 On Friday, August 31, 2018, after officially arriving on campus for their first year at Mount Holyoke, the class of 2022 gathered in Gettell Amphitheater to watch the movie “Dirty Dancing,” many for the first time. Many upper-class students — some returning to campus early just for the screening — joined the more than 600 members of the incoming class, reliving their own first night on campus. And they led the cheering at the moment of the most beloved line in the movie, “Baby’s starting Mount Holyoke in the fall.”

The annual screening of “Dirty Dancing” at Orientation began in 2013, but the movie has been shown on campus countless times during the past 30 years. As early as 1988, just one year after its release, “Dirty Dancing” was screened for the community in Gamble Auditorium in events presented by the student Film Society. And since then, more informal gatherings have been part of residence hall living for the past three decades.

First-year student Christine Liang ’22 — who was seeing the movie for the first time — called the experience “a great way to end a first night” at Mount Holyoke. And as she and her classmates sang along to the movie’s theme song, “(I’ve Had) The Time of My Life,” she was filled, she says, with a sense of “unity and belonging.”

This article appeared as “Cheering for Baby Houseman” in the fall 2018 issue of the Alumnae Quarterly.