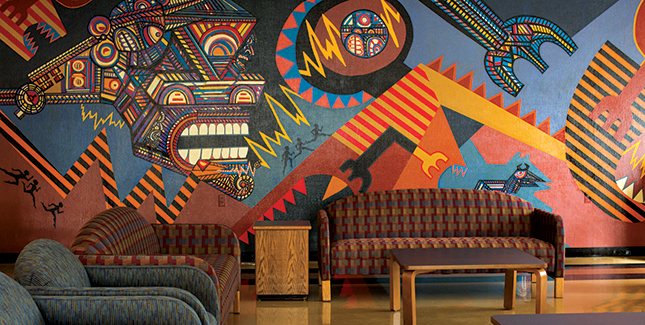 Known affectionately by students as “the Betty,” the Betty Shabazz Cultural House serves as a meeting place for student organizations, including the Association of Pan-African Unity (APAU), the Mount Holyoke African and Caribbean Student Association (MHACASA), and Students Against Mass Incarceration (SAMI).

The Betty has its roots in Woodbridge Hall, an old student housing building that was once located across Route 116 from Rockefeller Hall. Woodbridge was given by the College to the student-run Afro-American Association (now APAU) in 1968 as a meeting place. When the hall burned down less than a year later, the students moved to an unused building owned by the College behind the health center.

The house was initially named the Martha Rolston Perkins Cultural Center in 1973, honoring the oldest living African American alumna—class of 1898—at the time. In 1980 it was renamed when Betty Shabazz, wife of Malcolm X, spoke at Mount Holyoke during a weeklong event celebrating black culture.

Today, the Betty is prized as a place where students can gather to discuss cultural issues, talk about heritage and identity, and even mourn events such as recent incidents in Ferguson, Missouri. The Betty is also host to a number of classes, networking programs, and social events throughout the school year. 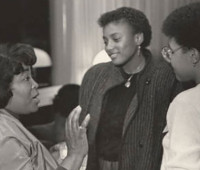 A Brief Look at the Life of Betty Shabazz

Read about the woman behind the name of the Cultural House.
Web exclusive