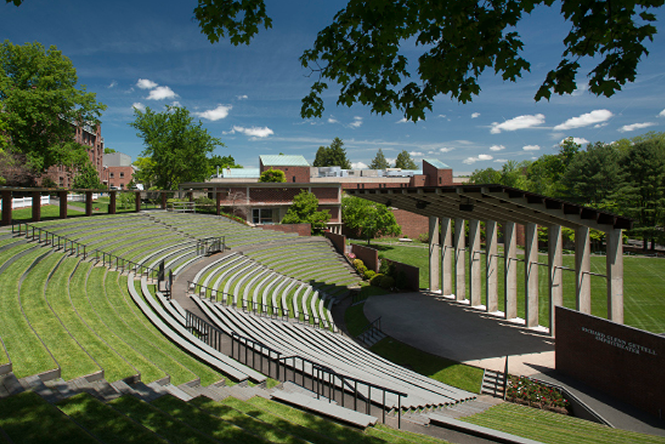 In 1961 the amphitheater was constructed as just one part of an ambitious campus improvement plan implemented by Richard Glenn Gettell, the College’s thirteenth president.

View a list of all past Mount Holyoke commencement speakers.
Web exclusive