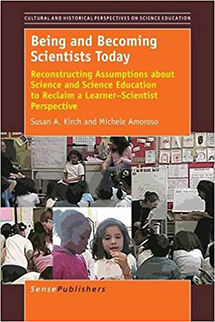 Being and Becoming Scientists Today

Kirch and Amoroso present a new approach to designing science education environments which put learner-scientists at the center of their learning projects. The authors provide new tools for thinking about science as a human activity, ideas for how to reveal the multiple stories of knowledge production to learners, and approaches to teaching science as a collective process rather than a series of contributions made by (famous) individuals. In these ways, the authors promote the idea that all science learners contribute to the science in our lives.

Susan Kirch ’89 is an associate professor of science and childhood education at New York University, where she is a science teacher educator and the director of the teaching and learning doctoral program in science education. She is the author and coauthor of journal articles related to uncertainty, scientific knowledge, reasoning with evidence, and science curriculum development. She holds a BA in biochemistry from Mount Holyoke and a PhD in cell and developmental biology from Harvard University. 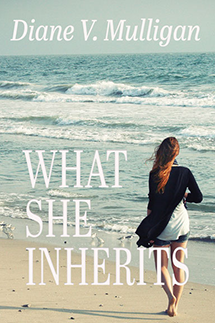 After her mother’s funeral, strange sounds begin to trouble twenty-year-old Angela Ellis in the night; sounds she swears are her mother’s voice. To find peace for herself and her mother’s restless spirit, Angela seeks the help of a paranormal investigator and attempts to communicate with the fitful ghost, but her efforts lead her to more questions than answers. It turns out her parents were extraordinary secret keepers, and now Angela is on her own to discover the truth about her family.

Diane Vanaskie Mulligan ’01 is the author of three novels. Her first novel, Watch Me Disappear, was a finalist in the Kindle Book Review’s Best Indie Book Awards in the young adult category. Her second book, The Latecomers Fan Club, was named a 2014 IndieReader Discovery Award winner. In 2015 Mulligan released a brief guide book to self-publishing called The Sane Person’s Guide to Self-Publishing. 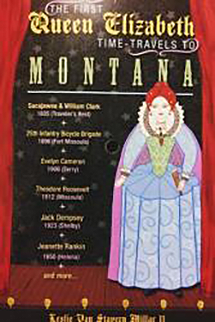 In their earliest incarnations in 15th-century Europe, peepshows were typically family-friendly images of exotic travel destinations. This innocent form of entertainment slowly morphed into male-focused peepshows featuring scantily clad women. In her book, Millar has reclaimed the original intent of the peepshows to include travels to other time periods. The book allows you to use the center hole of the book as a type of peepshow by holding the book up to one eye and viewing the cards included inside, allowing you to time travel with Queen Elizabeth I. Also included is a paper doll of the queen that you can bring along to document your own royal adventures.

Leslie Van Stavern Millar ’72 has created visual art in western Montana for more than four decades. As a child, Miller lived in the Middle East and was inspired by first hand exposure to Persian Miniature Painting. She subsequently taught herself gouache painting in order to create a contemporary version of this narrative style. Millar has received grants from the PROP Foundation at the Montana Arts Council to create an art book. 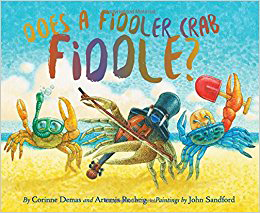 Does a Fiddler Crab Fiddle?

Coauthored by Corinne Demas and her daughter, Artemis Roehrig, and illustrated by John Sandford, Does a Fiddler Crab Fiddle starts with silly questions like the title, and moves on through increasingly-unlikely questions such as “do fiddler crabs ride a skateboard?” Using this question-and-answer format engages children immediately and satisfies their curiosity. 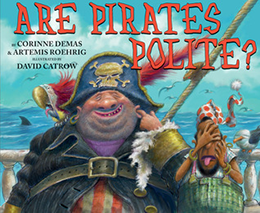 Coauthored by Corinne Demas and her daughter, Artemis Roehrig, and illustrated by David Catrow, Are Pirates Polite? shows pirates’ rowdy activities and teaches manner lessons. These pirates remember to say “please” and “thank you.” Follow along as pirates have fun on a pirate ship, divide up their treasure, and teach manners.

Corinne Demas, professor of English at Mount Holyoke College. is the award-winning author of thirty books for kids and adults, including the picture books The Disappearing Island, Saying Goodbye to LuLu, and The Littlest Matryoshka, and the young adult novel Returning to Shore. 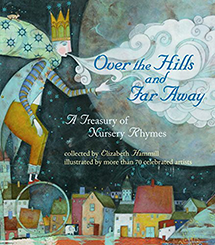 Over the Hills and Far Away: A Treasury of Nursery Rhymes

Nursery rhymes have entertained and comforted children for centuries. Over the Hills and Far Away is a unique collection of rhymes and verse from across the globe—rhymes from the English-speaking world as well as verse that entered English from Chinese, Latino, African, and other cultures. With illustrations from seventy-seven artists, this volume is an adventure in language, image, and imagination.

Elizabeth Masten Hammill ’65 has long been fascinated with what Iona Opie calls “the international exchange and flow” of rhymes and verse for young children. She is a critic and bookseller, as well as cofounder of Seven Stories, Britain’s National Centre for Children’s Books. 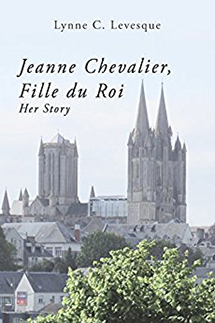 In June 1671 Jeanne Marguerite Chevalier left France to find a new life in Quebec as a Fille du Roi (King’s Daughter) sent by Louis XIV to help settle the new colony. Arriving two months later, this woman went on to marry and then outlive three husbands and survive the births of nine children and the deaths of six of them. Impoverished by her first husband, she worked with the second to establish one of the largest landholdings in the region. Her marriage with the third one brought an almost fairy tale ending to her life. Despite an incredible number of challenges, dangers, and sorrows. Jeanne was able to create a life for herself and her children that she could never have imaged if she stayed in France. When she died at the age of 73 in 1716, she left a long line of descendants, including Rene Levesgue, the 23rd Premier of Quebec, the American writer Jack Kerouac, and the author’s father. Written by her eighth great-granddaughter 300 years after her death, Jeanne Cevalier Fille du Roi is full of facts, mysteries, and unknowns.

Lynne Levesque ’66 graduated from Mount Holyoke with a degree in Russian studies, which led to her teaching and then graduate school at Rutgers University where she earned a master’s degree in modern European history. After a seventeen-year business career, Levesque shifted to independent consulting and adjunct teaching positions. As part of her consulting practice, Lynne published Breakthrough Creativity: Achieving Top Performance Using the Eight Creative Talents and The Breakthrough Creativity Profile and Facilitator’s Guide, along with several articles. 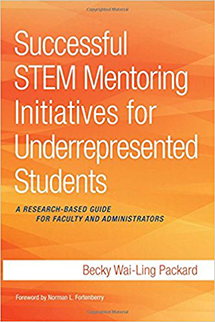 This book is a step-by-step research-based guide for higher education faculty who are charged with designing mentoring programs to recruit and retain students from underrepresented groups, describing the real and perceived barriers that underrepresented students encounter when considering enrollment, or participating, in science courses.

Becky Wai-Ling Packard is professor of psychology and education at Mount Holyoke college and has studied mentoring, diversity, and STEM persistence for 20 years. A trusted resource in the field, Packard has provided expert consulting to a variety of campuses in addition to state- and national-level audiences. In 2005 she earned the federal government’s top honor for each career scientists, the Presidential Early Career Award for Scientists and Engineers. After earning her PhD from Michigan State University, she joined the faculty at Mount Holyoke. On campus she has led leadership, mentoring, and faculty teaching initiatives in her capacity as the director of the Harriet L. and Paul M. Weissman Center for Leadership.